The following is a first draft, mostly based on her Gotham Central appearances. I’m determined to eventually turn this into a full-bore, writeups.org-grade profile with lots of material about her old Metropolis unit and the like, but time constraints frustratingly keep getting in the way.

Sawyer is a hardnosed, hardboiled cop. She vast experience with freaks, superhumans, special crimes and other catastrophes.

She is also a courageous tactical veteran, and has great natural authority. And big guns, too.

Maggie Sawyer is a top-notch police officer who has worked her way to the top not once, but three times.

Her first career as police was on the West Coast, in Star City. She was already a Lieutenant in the Department of Public Safety when she met Captain Jim Sawyer. At that point she was still unsure as to her sexual orientation, and wanted to live a mainstream life.

They dated and married, which proved to be a bad mistake. They were two hard-nosed people who had nothing in common except for their police work.

Their marriage became one long series of quarrels, interrupted only by the birth of their daughter Jamie. Maggie finally came to admit that the whole thing was a catastrophe and to accept that she was a lesbian. She separated from Jim. The divorce was long and painful, and ended with Jim Sawyer receiving full custody of little Jamie.

Putting it all behind her, Maggie moved East. She started her career all over again in the Metropolis Police Dept. In just a few years, she was a Captain. She was about to be assigned her own precinct when Mayor Berkowitz proposed the formation of the Special Crimes Unit, tasked with freaks, high-tech crises and superhumans.

Due to her well-proven ability to handle unorthodox situations, Sawyer was chosen to head the SCU – the Special Crimes Unit. Thus she became a high-profile super-cop.

Under Maggie’s leadership, the SCU was successful. This success inspired the creation of SCU-type units in various police departments across the nation, including in Washington D.C.. Their relationship with STAR Labs, which provided much of their special equipment, became particularly solid. Eventually, Sawyer developed a strong relationship of professional trust with Superman himself.

She often worked alongside the Man of Steel in trying circumstances, and fought at his side several times. She also single-handedly saved the world at least once. 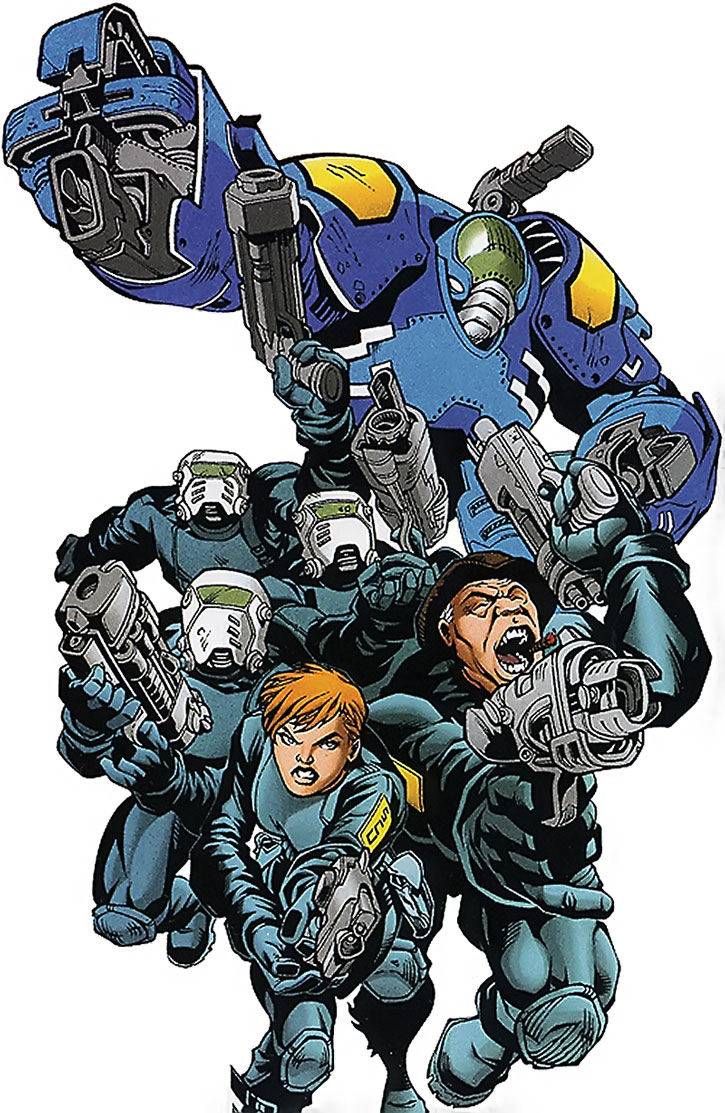 Sawyer worked closely with another MPD legend, Inspector Dan “Terrible” Turpin. Turpin is well-known for having once broken up a fight between Orion and Kalibak and knocking Kalibak out. When the SCU was assembled, Turpin did everything he could to get out of his desk job and work under Sawyer, even through he outranked her.

They became close friends, although Sawyer had to gently turn him down when he proposed to her. He hadn’t realized she wasn’t driving standard anymore.

This is a job for… the police

Sawyer’s working relationship with Superman proved solid enough for her to request his help. Maggie’s daughter Jamie had ran away from her father to search for her mother on the East Coast, and was nowhere to be found.

Sawyer and Superman discovered that Jamie had been kidnapped by the villain Skyhook. They managed to rescue her, reuniting mother and daughter at last. Superman then spoke with Jim Sawyer, who agreed to consider giving Maggie visitation rights. Maggie and Jim later met in Metropolis (where Jamie was being treated for after-effects of her kidnapping). They eventually made a kind of peace.

Sawyer’s personal life has occasionally been difficult – her lover, Toby Raynes, is a Metropolis Star reporter. The couple’s policy of keeping a strict barrier between their private and professional life often created stress for them.

Toby often worried about the tremendous danger Maggie was facing daily. And they sometimes grew angry at each other with their jobs eating away the time they wished to spend together.

Maggie also found it difficult not to try to influence Toby to take a pro-MPD stance in her articles. And Toby was annoyed that she couldn’t use Maggie’s insider confidences to outscoop her perennial rival Lois Lane.

However Maggie, now an Inspector, was growing tired of the SCU work. She felt like Buck Rogers riding in STAR Labs tanks all day, not like a cop making a difference for the common man.

Meanwhile, in Gotham, the GCPD was changing. Commissioner Gordon retired after having been shot, and was succeeded by Commission Akins. Some time after that Lieutenant Harvey Bullock, the head of the MCU (Major Crimes Unit), resigned.

Bullock, often recognized as the toughest cop on the force, left a huge hole behind him. Especially as he left urgently, before IA could bust him over conspiracy in the murder of the man who shot James Gordon. A top-flight leader was needed to prevent the finest unit of the GCPD from falling apart.

Sawyer accepted to replace Bullock, even though that would mean she would go back down to Lieutenant in the GCPD (albeit a Lt. reporting directly to the Commissioner). She was driven to return to doing some real cop work. Furthermore, Akins had assured her his MCU was composed of top-notch detectives she would be proud of.

Sawyer proved able to fill the shoes of Bullock in record time. Then she brought the MCU to an even higher level of proficiency. Eventually, it became possible to promote her to Captain. Though her rank means she spends more time handling media and doing administrative stuff than in the field, she occasionally sees some action.

However, one such circumstance proved tragic. This occurred when the Joker escaped from the MCU’s interrogation room, killing Lieutenant Probson and four uniformed policemen. Sawyer rushed in and sternly put five .357 slugs in the Joker’s chest. This saved the life of Stacy, the MCU’s administrative assistant, at the last second.

In recent months, Sawyer has become the Batwoman’s preferred contact in the GCPD.

Back when she was a SCU cowboy, Maggie was on the butch side. The stress also made her look severe and cranky, with drawn features, and she smoked too much.

Her job in Gotham being less hectic (well, it’s hectic, but not stupidly so) she has relaxed a bit and decided to look more feminine and elegant. She’s no longer running on nerves and plasma rifle fumes, and has to present a more media-friendly face.

Sawyer has a strong aura of competence and authority, and she don’t take no bull. A natural leader, she both demands the best from her detectives in no uncertain terms, and strongly supports and respects them. The two most common answers to anything she says are “yes ma’am” and “at once ma’am”. She can get pretty stern.

Maggie’s mood since moving to Gotham is predictable. She’ll get increasingly grumpy as time goes by, then switch to an almost comically good mood when reunited with Toby for a few days, then goes back to increasing grumpiness as the reporter goes back to Metropolis to work.

Despite the often difficult times they’ve been through, their relationship is still very strong and they’re still obviously very much in love after all this time. Despite the distance, things have improved. Sawyer used to be a bit of a shrew due to SCU stress back in Metropolis, and Toby is no longer subjected to that.

Sawyer’s toughness make her almost fatalistic. When things go bad and she can’t do anything about it, she’ll just shrug, soldier on and go back to business.

She also seems almost possessive toward the MCU. She’ll almost always refer to *her* detective, *her* squad room, *her* cases, etc.

Maggie is a complete workaholic, to Toby’s continued dismay.

“We’ve got two dead city officials today and it’s barely lunchtime, Lieutenant. So put your personal problems on the shelf for today or go home.”

“Those jarheads are going to be sorry they ever messed with me.” (proceeds to throw the FBI out of her case)

“Jamie, you know I don’t like that term. ‘Babes’ wear diapers. We’re women.”

Connections:
As of this writing, Sawyer has few Connections yet in Gotham. Her old Metropolis connections include Superman (Low), Dan “Terrible” Turpin (High) and the Daily Planet (Low). She still has a Low connection with the MPD.

By Sébastien Andrivet (based on v1 by Roger Stern for Mayfair).

Source of Character: At this point, this entry chiefly covers her Gotham Central appearances and thus her early Gotham career. Her Metropolis appearances will be more thoroughly covered in an update of the writeup. 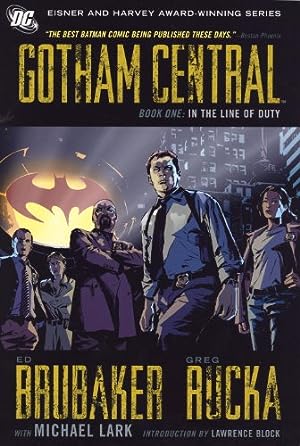 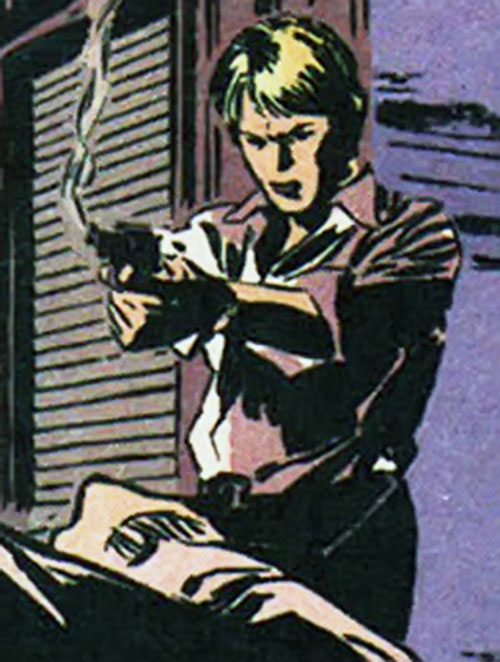 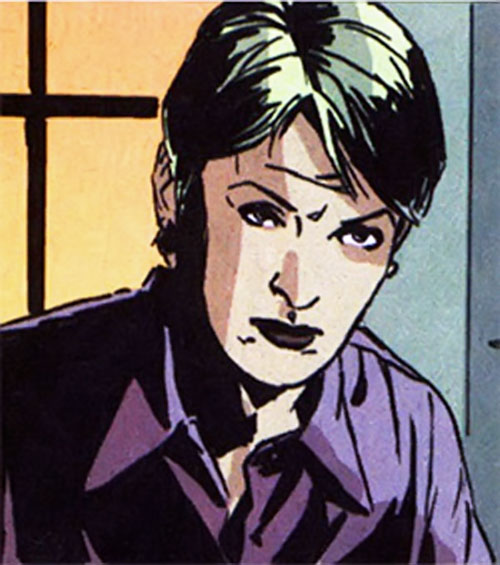 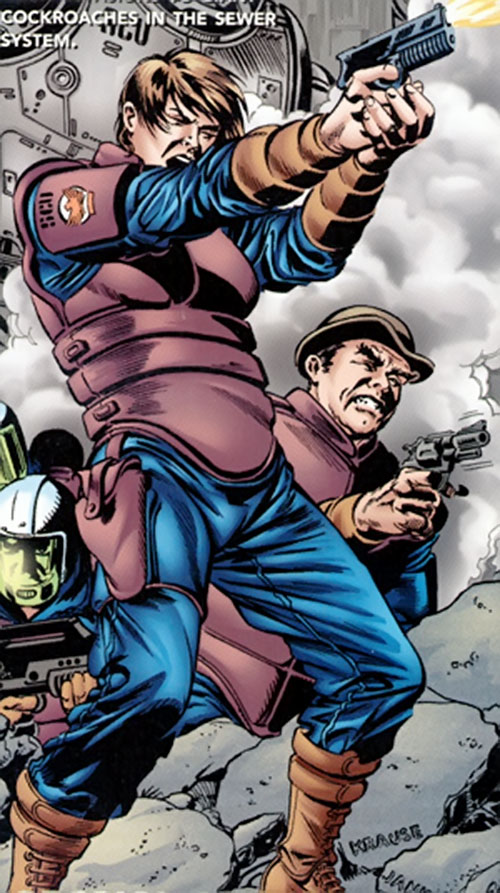 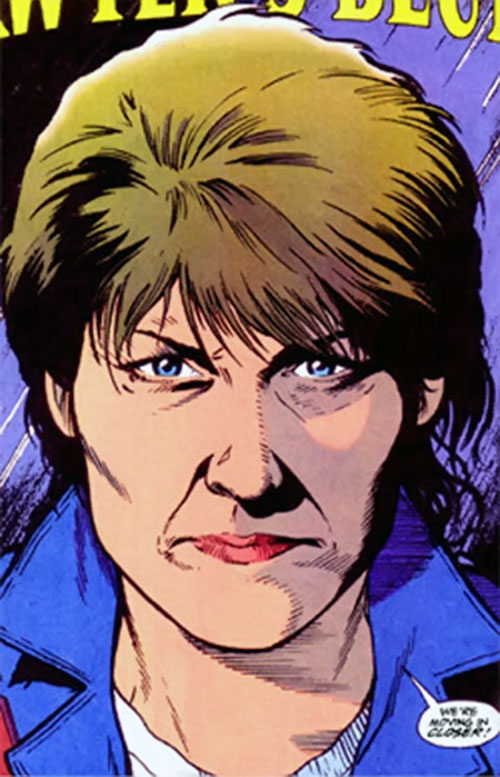 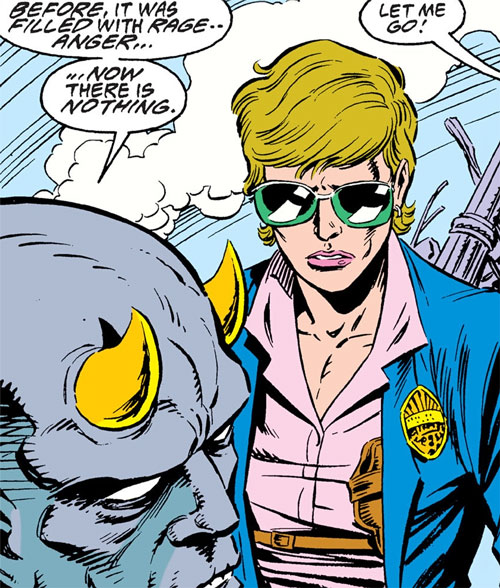 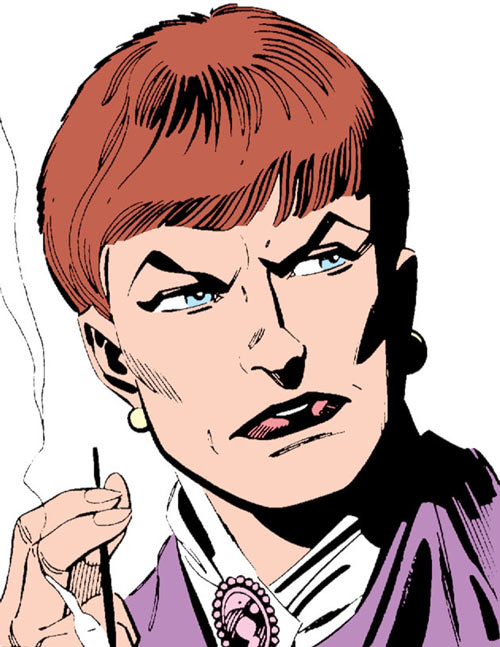