The Invisibles was Grant-Morrison-penned DC Comics series that ran from 1994 to 2000. Its key driver was magic, as drawn from world literature about mysticism and as understood by Morrison. In fact, the series *itself* was also a magical ritual (it’s complicated).

Since magic in The Invisibles work in distinctive ways, our contributor Kristoff took some rough technical notes early during the series.

Magic and the Invisibles

Unlike traditional magic in the DC Universe, magic in the Invisibles does not exist as the polar opposite of science. In fact, many practitioners of magic do so through their strange and alien science.

Perhaps, as the saying goes, magic IS only technology so advanced that we do not understand it. I mean, what exactly is “viral language” anyway, magic or science ? Where exactly do we draw the line ? So, the long and short is the division between magic and science as outlined in the Magic sourcebook just ain’t there.

Much of the magic that is shown in the series seems to fall into two categories. With Psychic magic, the practitioner replicates abilities such as Mind Blank, Telepathy, and Mind Probe. This branch of magic will generally only function against (or in conjunction with) a human (or other sentient) target.

Channeling magic allows the caster to open herself to otherworldly entities such as ancient gods or powerful energies (such as Ms. Dwyer or Col. Friday’s armor). When using Channeling, the caster is attacked using the APs of the Effect as the AV/EV and vs. the caster’s Inf/Spirit.

If the RAPs are greater than the caster’s Spirit, the caster is taken over by the channeled force and becomes a simple pawn under the control of the GM (usually only temporarily, although the consequences may be long-term).

These two forms (Channeling and Psychic) should be added to the list of Ritual Disciplines found in the Magic sourcebook.

The Sorcery power is rare in the Invisibles universe, but Occultist rituals are much more common and more powerful. Many spells require particular circumstances or arrangements to function but have astounding effects. For each Special Requirement, 30 points should be removed from the cost of the ritual (before dividing by 4, of course) rather than the standard 10.

Rituals are also much more dangerous, as the rule of Karma tends to bite in the ass anyone abusing power. By opening herself to possession by Mictlantecuhtil to deal with Orlando, Fanny ended up paying severely (with her capture by Brody and Sir Miles).

Such ill effects of magic are not outlined in rituals specifically, but players should be aware of them, and game masters should not hesitate to drop horrible Price of Magic subplots into the character’s life. The The Invisibles genre calls for one per month of game time for anyone involved in the silent war, but for those who use magic heavily it may be more frequent. 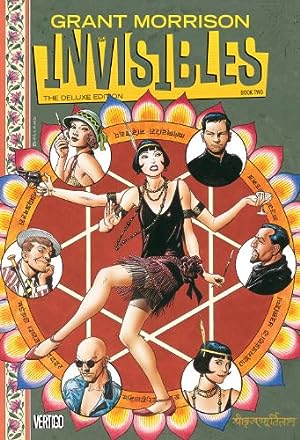 Collected The Invisibles by Morrison.