The dimension that Magik knows as Limbo is different from the timeless dimension  commonly designated True Limbo. In True Limbo time does not pass at all. In Magik’s Limbo, time passes, as people do age, things grow old and eventually die.

However, Limbo seems to touch on all times. It is possible that these are simply alternate dimensions where the events are actually occurring, but there is also evidence to the contrary. Thus a traveler in Limbo may escape into a different time altogether.

Magik can use her extradimensional senses to scan the Earth dimension for the location she wishes to return to, whether it be a destination in space or in time. The GM may feel free to impose a Difficulty Modifier to such an attempt, depending how far distant from her native time and place she attempts to travel.

In earlier tales, before most of Limbo was affected by the Magus’ transmode virus, Magik commanded the loyalty of S’ym. This is a demon of great power, who apparently is bound to serve the Master/Mistress of the Limbo Dimension.

S’ym is strong enough and tough enough to take on Magik’s brother Colossus on an equal footing. His possible mystical abilities were never much shown, but at very least he is highly resistant to Mystical Damage.

It may be noted that Magik’s original Soulsword was a spirit-created item comprising “the totality of her Sorcerous Power”. In New Mutants (IIRC) #21, the Soulsword suddenly changed its appearance, and immediately Magik began manifesting her “mystic armor”.

This writeup takes the stance that the Two Soulswords theory  is essentially correct. The Soulsword Magik used after this change was actually Belasco’s. It was aiding in her corruption. Every time she summoned and used it, she was aiding in the corruption of her own soul, unaware.

Since she eventually succumbed to the temptation to fully assume her Darkchilde persona, this is a Plot Device and not reflective in the Soulsword’s stats. The two swords are identical in function, aside from appearance, other than this “Corrupting Influence”.

Magik was a superhumanly powerful mutant as well as a highly expert sorceress. She could teleport herself and others across space and time, via “stepping disks” of an unknown energy, traveling via her access to the dimension of Limbo. 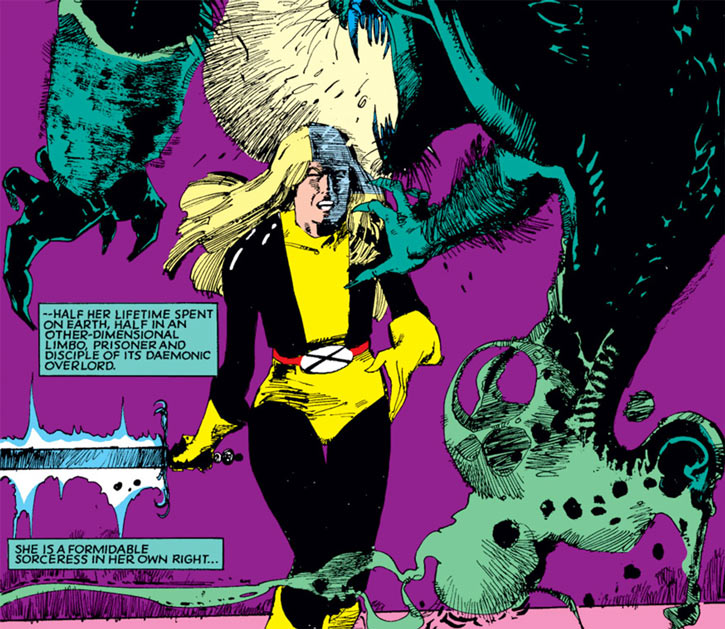 She could teleport across continental distances in space, or across centuries in time, but always had to pass through Limbo.

While on Earth her mystical powers were limited, but in Limbo she was capable of virtually any feat of magic.

Colossus’ sister was kidnapped by the sorcerer Belasco and taken to Limbo. For 7 years she was trained as his apprentice. She eventually overcame him and returned to the X-Men, where she found that only seconds had passed for them.

She battled her evil side for years. Illyana eventually sacrificed her powers to stop a demonic invasion. She used the timeless nature of Limbo, canceling out her own existence. 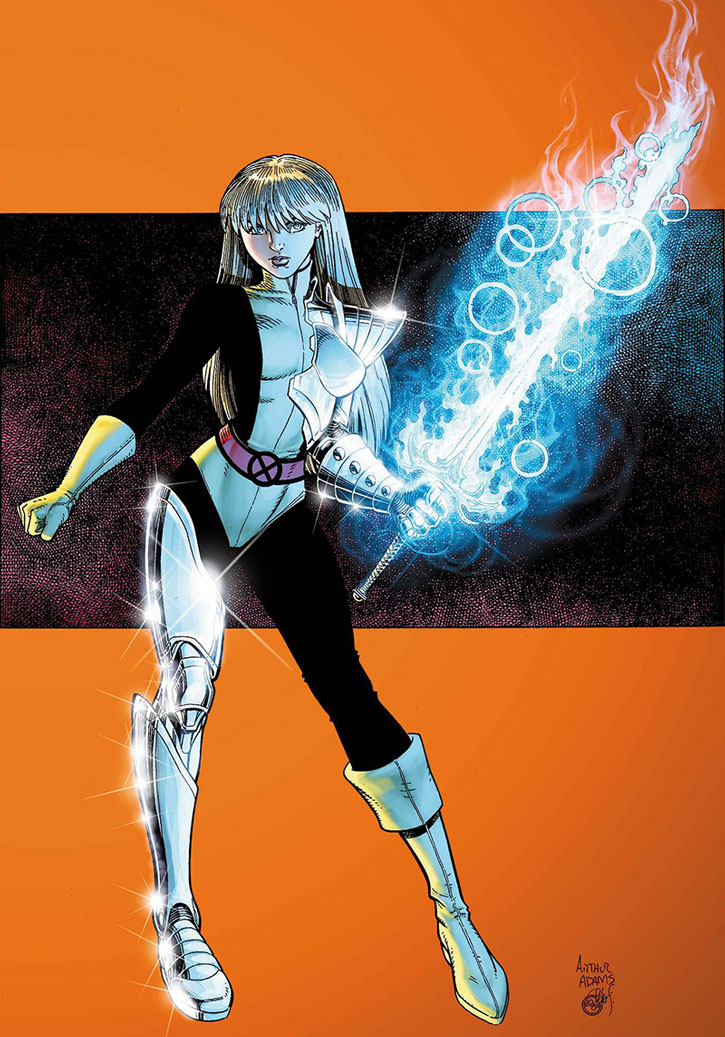 When her friends broke open her burnt, charred mystic armor, they found the seven-year-old little girl that had been originally kidnapped to Limbo.

She later died of the Legacy virus (short version, more to come later).

Not long after, Amanda Sefton and Excalibur wrested with Belasco over Limbo. A mysterious arm clad in what seemed to be Magik’s mystic armor broke through the surface of Limbo, clutching the Soulsword. It was strongly implied that this was, in fact, Illyana.

It ought to be noted that it was obvious that Marvel had plans to bring her back at one point. In X-Force Annual #1, set 10 years in the future, Magik had returned to the New Mutants led by Cannonball, and helped to free Mojoworld. Technically this is still a possible future (see the Two Soulswords theory above).

Magik is a pretty blonde with long, straight hair and blue eyes. Unfortunately her beauty masks the corruption of her soul. When she so wished, she could project a sense of her evil nature, especially when intimidating or threatening others.

She normally dresses like a typical teenager. Her costume varied from time to time as the New Mutants grew and developed, but her most-used one was the basic New Mutants black and gold, with parts of it replaced by her silver mystic armor (usually the right arm and shoulder, and left leg).

Her Soulsword is bright, untarnished metal that burns with a silvery flame.

“The face of an angel hides the soul of a devil”.

Illyana is a study in contrasts. A loyal friend, a good person, a hero determined to do the right thing no matter what the cost to herself personally. Yet she is given to acts of cold rage and brutality against her enemies, and constantly flirting with an “ends justify the means” philosophy.

She recognizes that use of her mystic heritage endangers both her own soul and, by extension, the entire world should she succumb to her Dark Soul. At the same time often uses evil’s own weapons against it, recognizing that they are the most effective ones she has.

Illyana fought with her dark side right up to the end. Should she still be alive (as is theorized), the struggle no doubt still goes on. 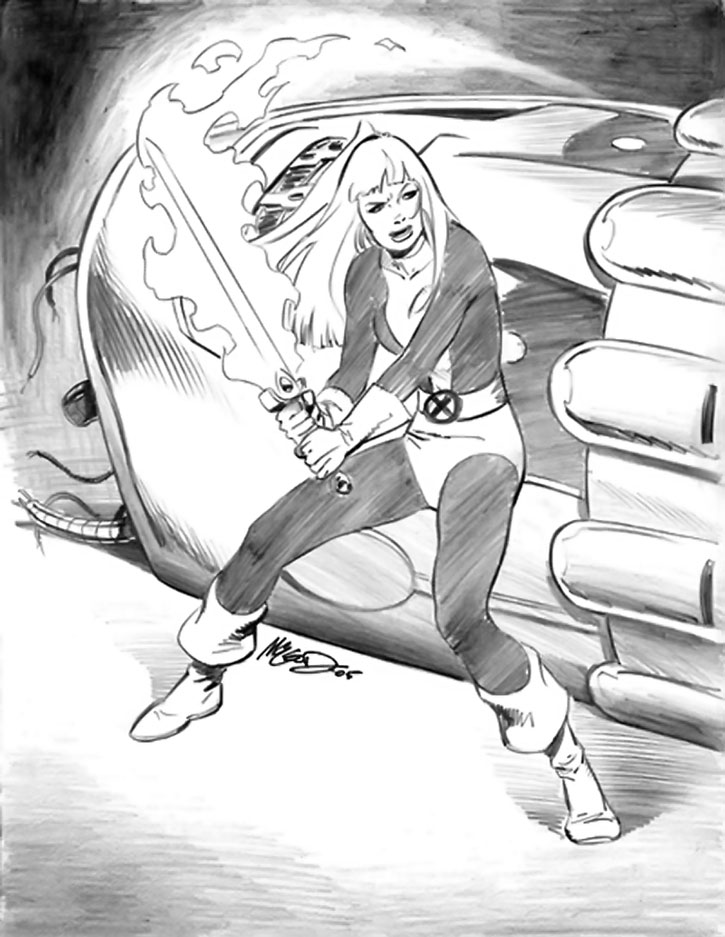 Magik’s story is a classic tale of the strength of the human spirit overcoming its own limitations, and the nobility of self-sacrifice. Magik properly belongs in a Vertigo series, where the serious themes of her life can be better explored. Magik would be best served in her own book rather than attaching her to someone else’s.

However, I think that to keep things firmly entrenched in the DCU, you must replace her demonic mentor Belasco with someone from the DCU. Neron comes to mind.

Bonuses and Limitations:
Use of Occultist for Create Artifact or Ritual Magic are Minor Marginal, costing 5 HP per Use (-1).

Rituals:
Most of Magik’s mystical abilities she has wielded on Earth are best represented by Ritual use. Note that any Ritual with a Casting Time of more than 0 Require that she cast a pentagram of flame, which acts as a Necessary Component. Any 0 CT Rituals do not require an NC.

Illyana is/was supposedly the Sorceress Supreme of Limbo, therefore endowed with incredible mystical abilities. However, in actual use she rarely uses her magic for anything meaningful.

She therefore has the Power of Sorcery, but it is Only Usable in Limbo or when she has assumed her “Darkchilde” persona, Is Seriously Marginal, And may be considered a Plot Device, depending on how a PC/GM wish to use it. It should overall be used as part of a long-term “Corruption” subplot.

Illyana may still make use of Cast spells using her Occultist Skill without difficulty, though they often go slightly wrong or fail altogether on Earth, and she is understandably reluctant to do so, considering that using her magic aids in her own corruption.

Magik was the Sorceress Supreme of the Limbo dimension. Magik II (Amanda Sefton) currently holds that position. If she ever loses the title of Sorceress Supreme she will lose 4 APs from Sorcery and Occultist as well as 1 AP in each Mystical Attribute. The new Sorcerer Supreme gains these APs, which will return to Magik if she regains the title.

Note that in Magik’s case, the loss applies whenever she is Outside of Limbo, and thus she will most often return to Limbo to cast Spells. 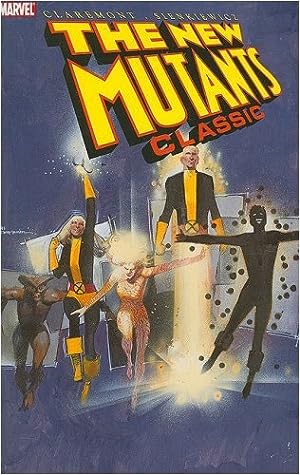 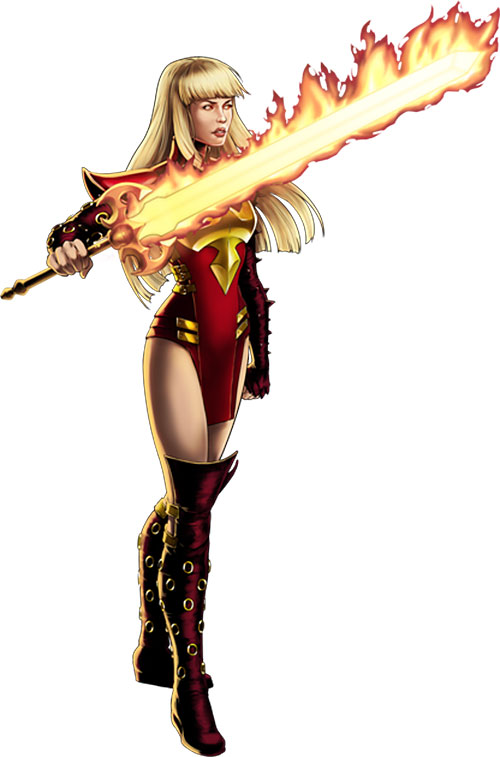 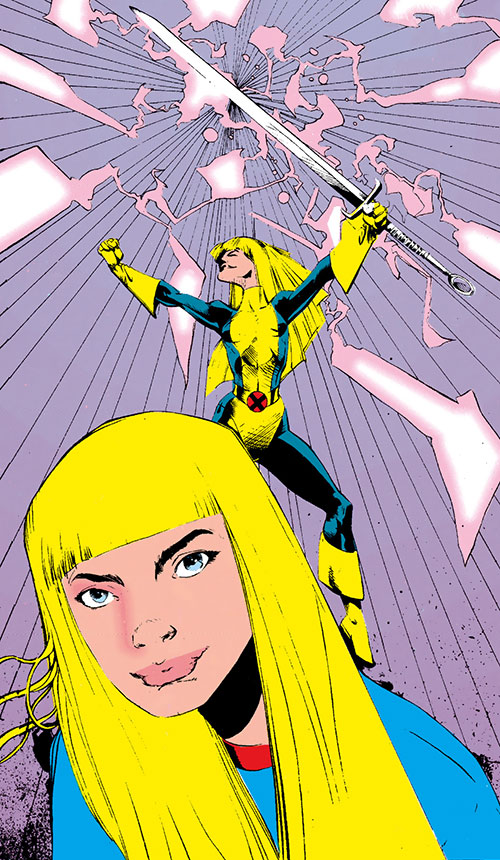 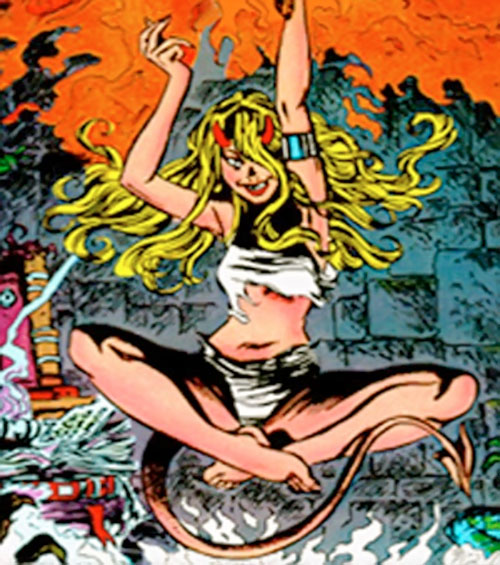 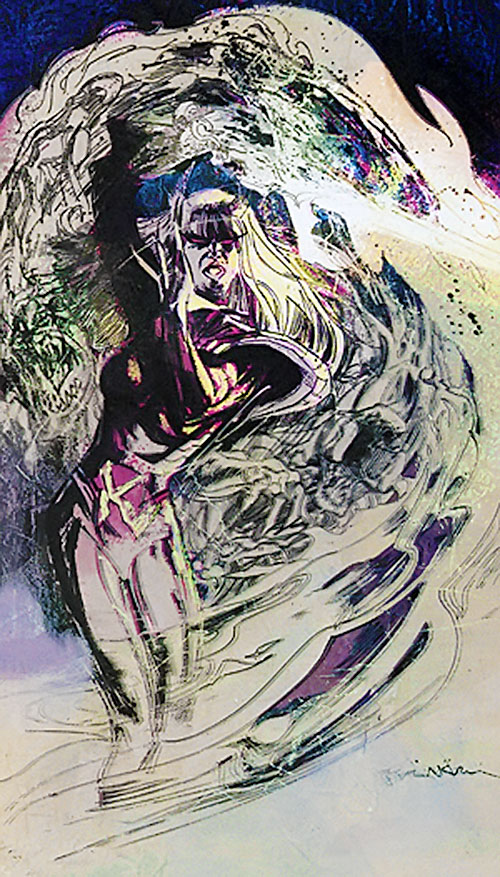 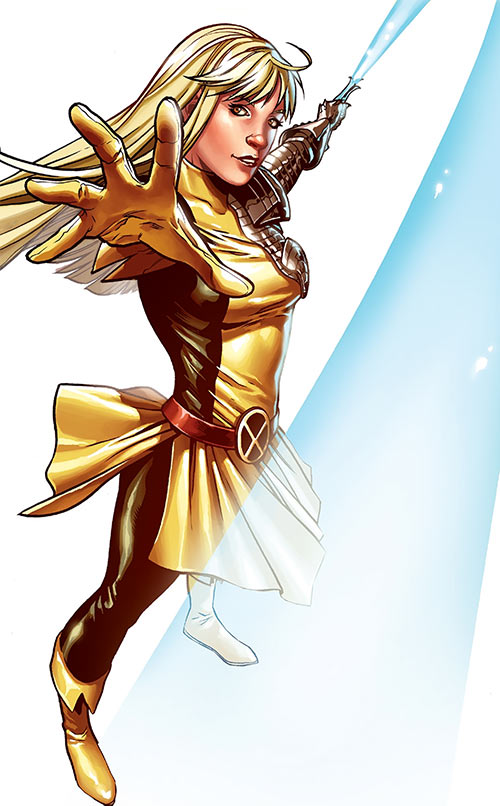