Beyond the standard Elemental abilities, Magnum is superhumanly strong (“Class 25”). An over-enthusiastic and poorly informed reporter even compared him to the Hulk.

His usual schtick is to animate an endless gang of earth creatures to fight on his behalf. 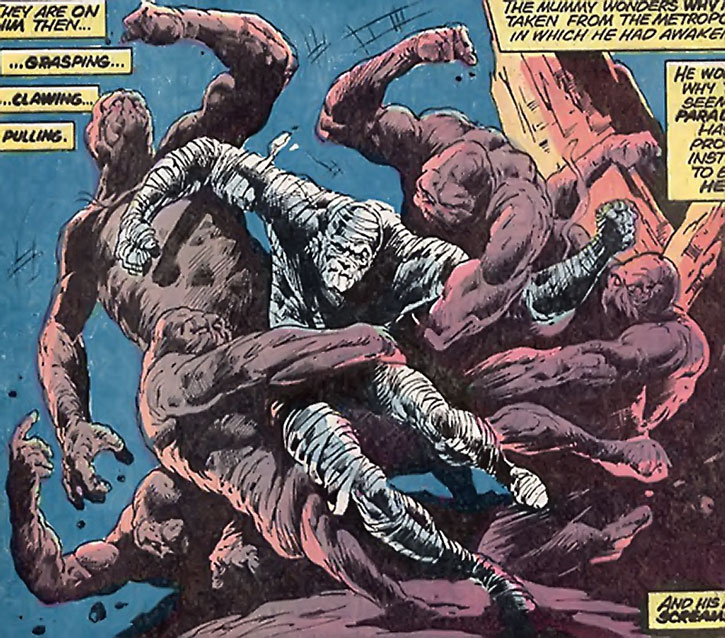 He has also performed the usual Earth Control stuff (such as opening instant crevices, engulfing a target in earthen stuff, etc.) though it’s less frequent. He once got creative and raised giant hands from the soil to catch him and two falling companions as they fell.

Magnum is rough, direct and blunt. He doesn’t like Hellfire’s political ways but, like the others, he fears him. 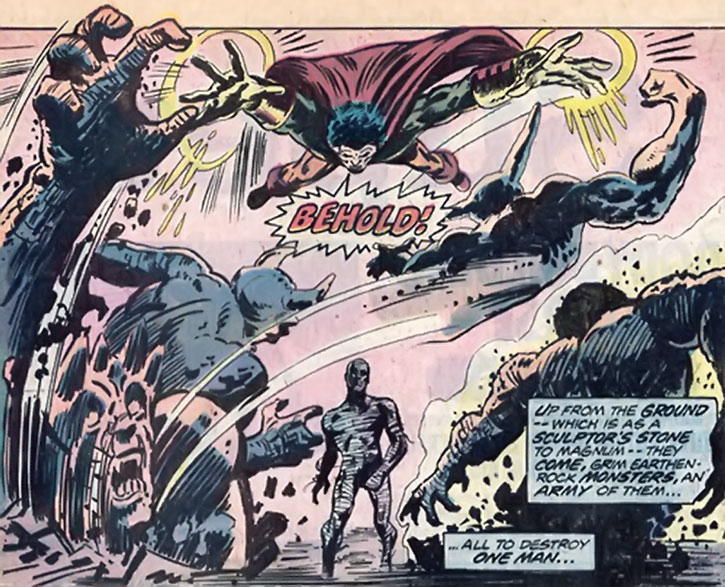 “Fool ! How easily I might destroy you in a single heartbeat ! But no ! Not you or any of yours will die easily this day !”

“Hellfire always did talk around the point. We want you to obtain the scarab for us.”

Magnum, Master of the Earth

Drawbacks:
Arrogant, SIA toward Power, Serious Rage, SIA toward toying with his victims, Attack Vulnerability (all OVs/RVs capped at 04 when attacked by surprise). 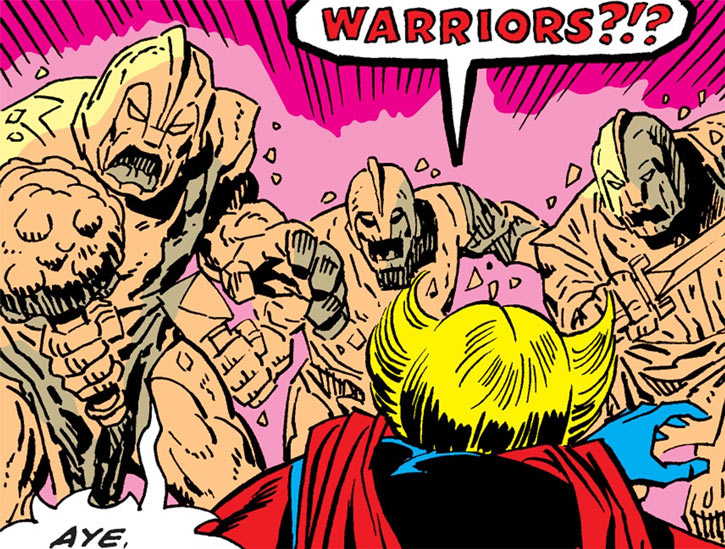 The base Earth Animation creature of Magnum has DEX 04 STR 10 BOD 09. He will usually use Split to animate a half-dozen soil soldiers (-3 AP Split Loss).

Against ordinary soldiers and people he will animate a dozen (-4 AP Split Loss). Against powerful opponents like Ms. Marvel he’s more likely to animate but a pair (or maybe four – that’s respectively -1 and -2 AP Split Loss).

The creatures have Growth – 5 APs for the base creature, diminished as per AP Split Loss. However, it’s Always On and Already Factored In. They presumably have full Life Support, but have the vulnerabilities you’d expect from creatures made of soil, sand, stone, etc. depending on the local ground.

The creatures usually look like featureless mud/earth golems. If Magnum uses stone he will get a bit more detailed and make them look like statues of stylised ancient, strange-looking fighters. When Magnum’s angry his soil golems take on markedly more demonic features. 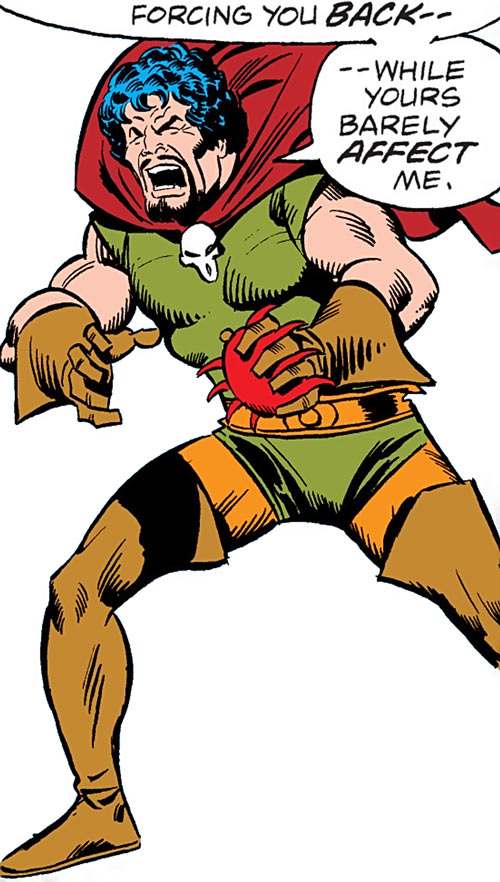 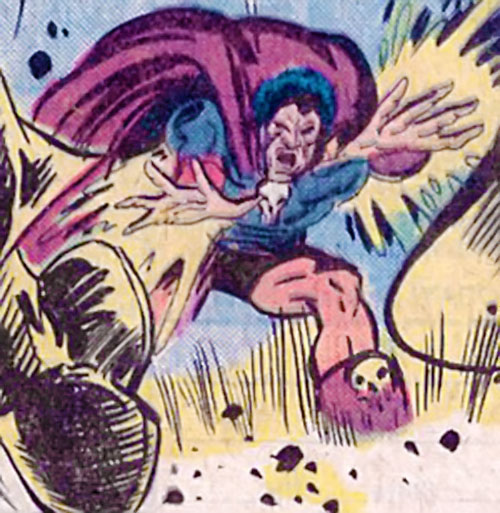 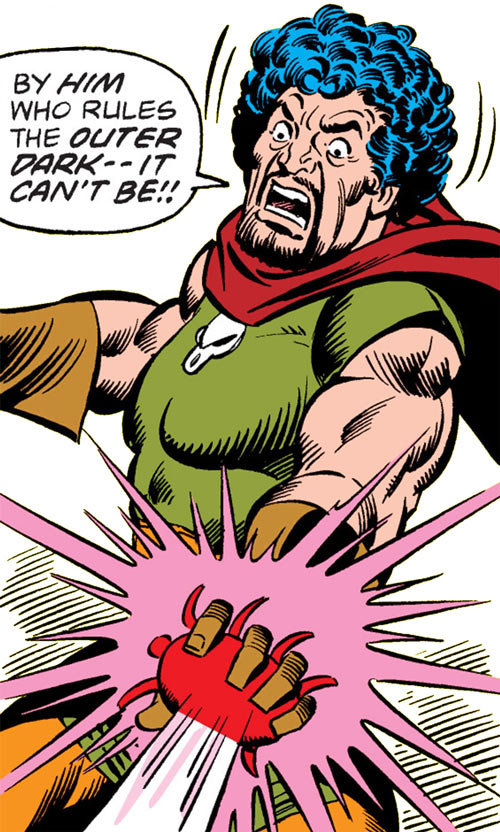