Before you dive in, you should read the Claw the Unconquered character profile and the 15 Worlds of DC Comics Implosion article. Yes, it’s a lot, but there’s a whole lot of context surrounding this guy.

Mahan K’handa is an occultist , mutated and granted great power by the Shadow-Gods. However, this power is limited to within the small dimension  he has been confined to. And he’s been tasked to remain there to guard an artefact.

K’handa could control and possess anything endogenous to his pocket dimension, but not — despite his claims — visitors.

This control didn’t seem to be a brute force thing, though – no conjuring geysers of flame or crashing mountains. Rather, he demonstrated :

Mahan K’handa seemed to excel with magical force and mystical telekinesis. Such as erecting barriers, stopping projectiles, moving objects with his mind, etc.. He considered that this made him invulnerable in body since he could Deflect common attacks (in DC Heroes RPG terms Deflect/Reflect, Accuracy).

You drink the wise blood

He could conjure a small army of demon troopers with but a gesture from his staff. To take down Claw, Mahan K’handa summoned in about 30 humanoid demons. Though they didn’t Team Attack (Claw didn’t leave them the opportunity to), that’s a lot of opponents.

Mahan K’handa was a politician on one of the seven planes of law within the Fifteen Worlds. He lusted for power. But a political career was too slow and uncertain and he turned to occultism.

Then what usually happens in the Fifteen Worlds, happened. A mistake cast him into the void. Sentient caustic elements attacked him to eat his soul, mutating him into a monstrous form.

The mortal pleaded to the dark gods for salvation. Favourably impressed by the corruption of his soul, one Shadow-God responded.

K’handa was further mutated, granted power, and given back his soul. But the latter was trapped within a fragile glass vessel that his new masters could smash at a whim.

K’handa was promised that his soul would be given back in its original form if he completed a trial. The ordeal was to guard a stolen artefact of law, the sword Moonthorn. 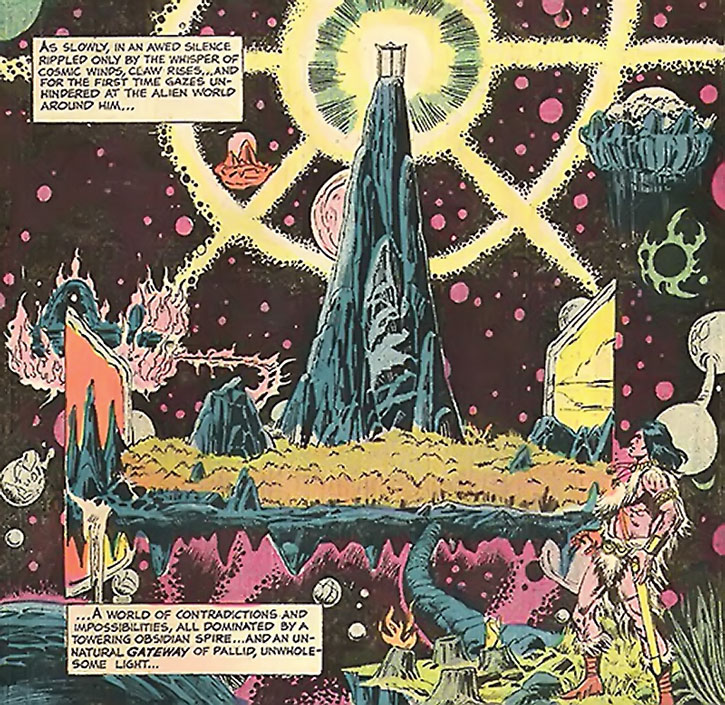 The owner of the sword — Claw the Unconquered — came a few months later to confront Mahan K’handa. Though Claw was outgunned, he lost his gauntlet while fighting demons summoned by K’handa. The surge of ferocity from the exposed demon hand allowed Claw to slay the remaining demons.

Though Mahan K’handa still assumed that he was invulnerable thanks to his deflection abilities, the demon hand deduced the importance of the glass jewel he was wearing. Claw’s hand lunged for the jewel and crushed it, seemingly slaying K’handa.

As Claw was thrown out of the collapsing dimension to recover Moonthorn, he saw a glimpse of Mahan K’handa’s soul being rent by two giant hands. 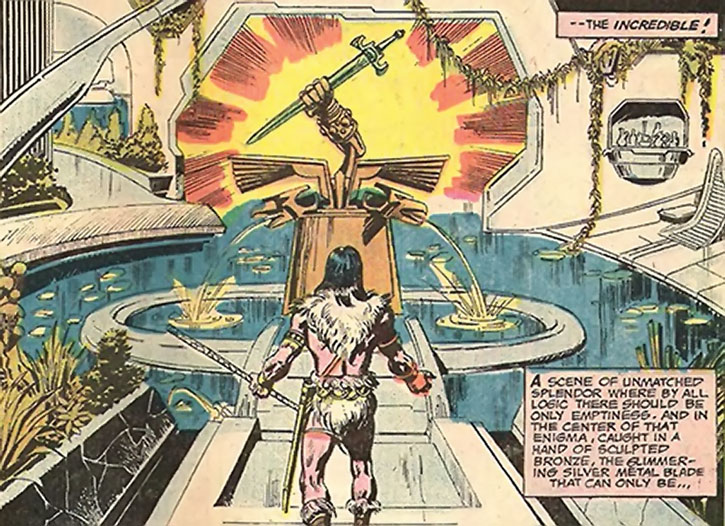 “All this realm and all within its borders — including yourself — belong to me !”

“That was foolish, mortal, very foolish, but then perhaps you don’t yet comprehend the forces you vie against !”

Advantages:
Expertise (the political and legal system of his home dimension), Homo Magi, and reportedly Immortal.

Connections:
The Shadow-Gods (Low at best).

Drawbacks:
Strange Appearance… not that it matters much. Fatal Vulnerability to having his soul crushed, MPR (a very dry environment would likely be painful and limit his mobility).

Rituals:
Barrier ritual [Effect: Force wall: 10, Casting time: likely quite long, Components: likely none, Note: the Ritual’s Effect lasts as long as the caster is alive with no Action necessary].
This was the Ritual used to place a fixed, invisible force barrier around Moonthorn. The barrier was keyed to K‘handa’s lifeforce and vanished when he died.

Likely stats for a summoned demon

Powers:
Some demons may have 1-3 APs in some Power such as Jumping or Gliding, depending on their individual features.

Stats are highly speculative given the lack of material – pretty much every stat is hypothetical. 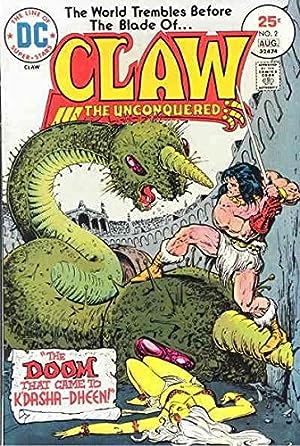