The Mako is an armoured fighting vehicle featured in the landmark first Mass Effect video game. It is used to explore remote planets. Players tend to either fondly remember it or revile it, depending upon how easy they found it to operate.

This profile describes how the Mako performs in the video game, but also offers non-canonical explanations as to why. Like with many of our video game articles, the goal is to have stuff make sense and have versimilitude in a tabletop role-playing game.

The Normandy includes a light ground vehicle – a M35 Mako. The Mako resembles the French AMX-10 RCR  in terms of role (and to an extent, in terms of visuals). It is a rugged, fast reconnaissance vehicle with huge all-terrain wheels, on top of which has been mounted the largest possible gun.

While far lighter and less armoured than a real tank, a Mako is faster and much more agile. Yet, it packs enough punch to make ambushes and hit-and-run tactics deadly. This type of vehicle is sometimes called a “tank destroyer” in English, though this term is misleading.

The Mako features some eccentric design choices and strange ergonomics, making it poorly regarded by the troops. However, those who master this unconventional vehicle maintain that it excels in all its roles and beyond, except over terrain utterly unsuitable for wheeled vehicles.

Driving around the laws of physics

The Mako includes an Element Zero core – it can use the Mass Effect to alter its mass as needed. Most of the time, the Mako weighs but a tiny fraction of what it should. It thus drives much like a small remote-controlled toy, bouncing and gambolling over obstacles.

At the same time, the driver and computer can instantly augment mass when needed, making the Mako oddly “sticky”, particularly on steep inclines.

In order to finish off any passenger who is not already sick, a Mako also includes jump jets. Overall, it should have been named after a mountain goat rather than a shark. 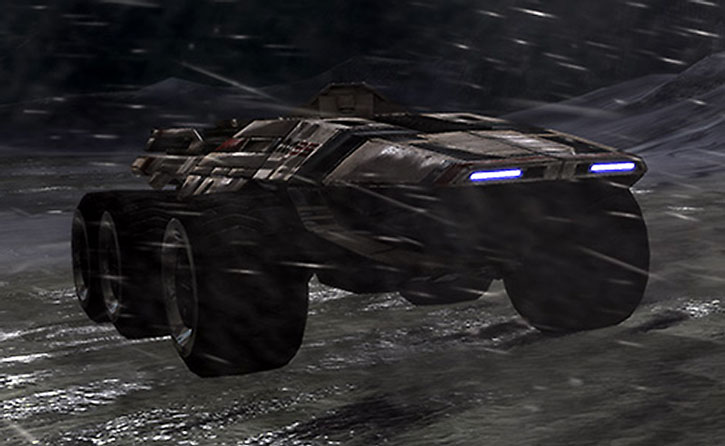 With all these assets a Mako can roam over a wide variety of surfaces and terrains, climb steep slopes with ease, fall from great heights without damage, and evade enemy fire.

Though riding in a Mako over anything but the flattest terrain is quite an experience, there’s a huge tolerance for mistakes. Mass Effect management means that the Mako automatically warps its centre of gravity to land back on its wheels.

One assumes that the driver and passengers lie in quick-release harnesses, not seats.

The Mako’s turret houses a 155mm mass driver cannon with a coaxial machinegun. These are controlled from the cockpit. The hull is proofed against small arms and shrapnel, and reinforced by kinetic shields, but generally the Mako has to rely on not getting hit by heavy weapons.

Thus, a typical Mako tactic is the “peek-a-boo” – hide the vehicle behind an obstacle, trigger the jump jets, fire while in the air, and fall back under cover while return fire is still on its way. This tactic acknowledges that the cannon is a tad slow to fire (the turret lacks space for the faster self-reloading systems). 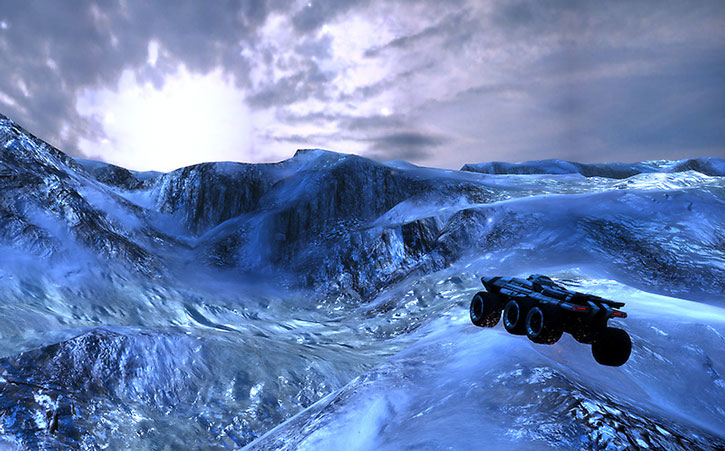 The best Mako drivers can dodge incoming fire by literally jet-jumping above it. The expert software of most automated defences doesn’t know how to handle this and will react with slow, inaccurate fire.

Dedicated Mako crews also frequently cannibalise combat optics from other vehicles to upgrade the Mako’s. The 155mm mass driver’s ballistics are very good, since the projectile is extraordinarily fast. With upgraded optics and careful tactics it can be used as a sort of giant sniper rifle.

A Mako can carry the driver and 2 fully-armed marines. It also has room to attach a narrow hammock between the passengers’ harnesses and the hull (allowing the Mako to be used for medevac and rescue in a pinch).

With some tinkering, removing modules nobody ever uses and replacing the driver’s harness, it is possible for the driver to also carry a full combat kit. 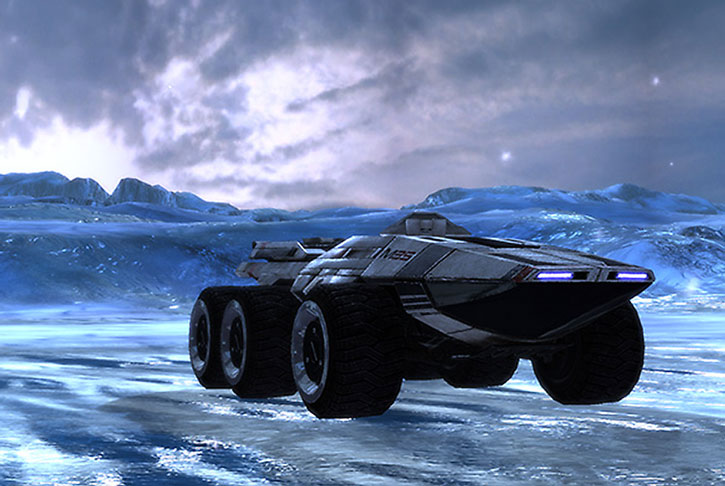 Between the Mass Effect and the jump jets, the Mako has the immense advantage of being deployable on planetary surfaces by shoving it out of a low-flying vessel with a good kick – with the jets slowing its fall and its low mass, the landing won’t inflict any damage.

This saves huge costs in drop pods, shuttles, etc. and is a boon for smaller vessels such as the Normandy.

Flight Lieutenant Moreau once demonstrated a technique to deliver the Mako through dive-bombing a small patch of clear ground. However, this stunt lies beyond the pale of what’s generally considered feasible. Especially by the troops inside the Mako at that point.

DCH 155mm MASS DRIVER CANNON [BODY 04, Projectile weapon: 16, Bomb: 10, Bonus: Bomb is Combined with Projectile weapon and rides its Range, Limitation: the canon can only be fired every other Phase]. 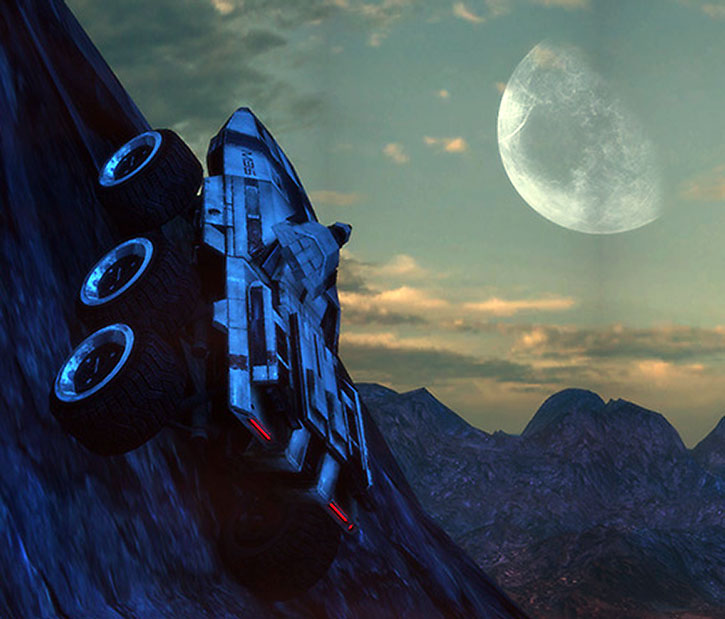 Source of Character: The first game in the Mass Effect video game trilogy — and ONLY the first game. 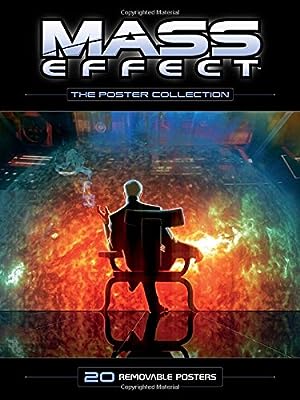