Exceptionally agile, Nakia was a highly skilled combatant, trained in a number of martial arts and with numerous weapons. As Malice she was apparently enhanced by Killmonger so that her strength and accuracy reached nearly superhuman levels.

Malice employed a gun which fired dozens of small blades in a shot, as well as more conventional weapons.

She also used Jufeiro spores, a drug which lessens inhibitions and heightens passions, making most exposed men her willing slaves. The Jufeiro was usually applied by small patches which she could attach to targets without them noticing.

Born to the Q‘Noma Valley marsh tribe in Wakanda, Nakia was chosen at a young age to be one of King T’Challa’s Dora Milaje.

The Dora Milaje, or “adored ones”, were ceremonial wives-in-training. They spoke only to the King, and then only in Hausa. They were trained to act as bodyguards when old enough. They were chosen from rival tribes as a way to keep the peace in Wakanda.

Along with fellow Dora Milaje, Okoye, she underwent the intensive training process, while also becoming part of the King’s household. Nakia, unfortunately, fell in love with T’Challa, growing jealous of any woman he grew close to, such as his fiancé Monica Lynne.

This infatuation continued as she grew up. At 17 the Dora Milaje began serving T’Challa properly, Okoye acting as his official driver, Nakia as his personal aide.

They travelled to America with him just before Achebe seized control of Wakanda. When Mephisto tricked T’Challa into kissing Nakia, believing her to be Monica Lynne, Nakia’s infatuation began to assume psychotic proportions. She became convinced they were meant to be together. 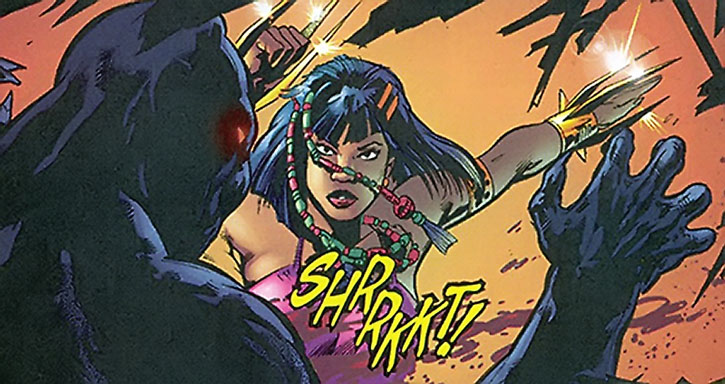 Returning to Wakanda to retake power, they split up and Nakia ended up flying with Monica. She ejected her seat mid-flight, leaving her for dead. Monica wasn’t found, but T’Challa could smell that Nakia had lied to him about what had happened, and banished her back to her village in shame.

Distraught, Nakia fled, crash-landing in a small village where Achebe had taken refuge after his escape. Taking her captive, he tortured her until he grew bored, then abandoned her, still strung up.

She was found be Erik Killmonger, who healed and genetically enhanced her to act as a weapon against T’Challa.

Taking the name Malice, she used her knowledge of the Palace to sneak about it undiscovered. Her first act was to stab Brother Voodoo as he tried healing T’Challa’s damage. She remained undetected, stalking around the Palace for days, before attacking T’Challa as he recuperated.

He escaped, but she continued to evade capture herself.

She next targeted Monica Lynne. She ended up killing Nikki Adams, another of T‘Challa’s old flames, instead. Malice was stopped from getting Monica by Queen Divine Justice, her replacement as Dora Milaje.

Planning to continue targeting those close to T’Challa, Nakia travelled to America after freeing the Man-Ape to cause trouble in Wakanda. She kidnapped T’Challa’s prize pupil from his time as a teacher in New York, while also seducing the husband of T’Challa’s cousin who worked in the Wakandan consulate.

T’Challa inevitably tracked her down, but Malice used the Jufeiro spores and a small army of ensorcelled men to capture him. Using the Jufeiro, she forced him to admit his undying love for her, but continued trying to kill Monica Lynne, this time getting foiled by private detective Dakota North.

North and Lynne managed to find where T’Challa was being held, spoiling his plan, as he’d already used a time-delay antidote to the Jufeiro.

His plan to capture her foiled, T’Challa gave chase as Malice tried to escape. Their fight ended on the back of a moving truck. He showed her his forces in place to destroy Q‘Noma Valley rather than let it become a focal point for tribal rivalries which would destroy Wakanda.

Pushing him off the truck, she let herself be killed by an approaching low tunnel.

Malice is ruthless, stopping at nothing to get what she wants: T’Challa. She targets anyone he loves, intending to kill everyone else so that she’s the only one left he can love.

Despite no longer being Dora Milaje, she still insists on speaking to no man but T‘Challa, and to him only in Hausa.

“I have sinned against you, my lord. I intend to go on sinning. Until you are finally mine and mine alone.”

“I want true love, my lord. And innocents will continue to die until I get it.”

Drawbacks:
MIA (Will speak to no man but T’Challa, and only in Hausa).

It isn’t clearly stated that Nakia was enhanced by Killmonger, but given how she performed against T’Challa (who may have been holding back), this WU assumes she was.

Prior to being altered by Killmonger, Nakia had the following stats as a Dora Milaje:

Drawbacks:
MIA (Will speak to no man but T’Challa, and only in Hausa). 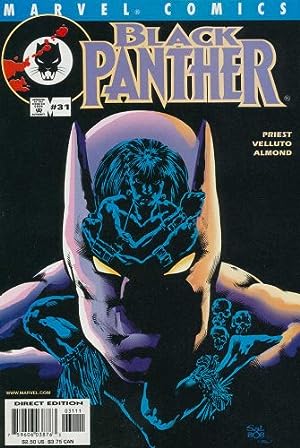 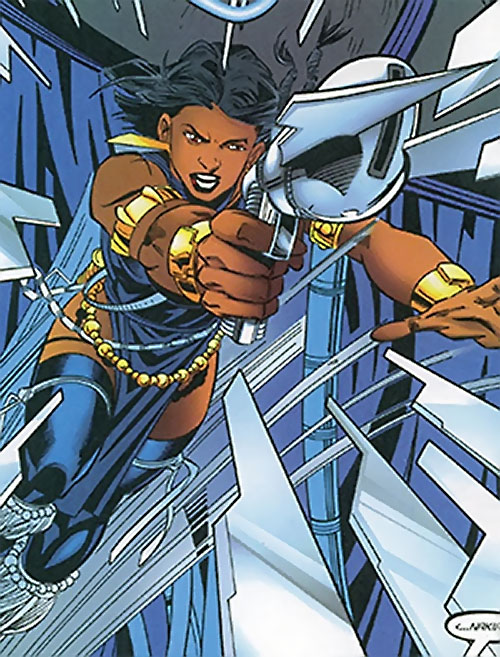