Mammoth is primarily a Titans foe. He appeared in 1981, early during the hugely successful 1980s The New Teen Titans run.

These are just a few notes slammed together with his official Mayfair stats, I think. Getting some of the sourcebooks was difficult back then, and we reproduced a few of those sets of stats for people who couldn’t find them. Mammoth was likely part of the set because he’s one of the “pure brick ” DC Universe characters who have some name recognition.

Baran is immeasurably strong and is partially invulnerable. Apparently, there’s always someone around to obligingly fire at him in order to demonstrate that he has bulletproof skin. Showoff.

He appears to be quicker than his considerable bulk would imply. But on the other hand, he lacks any developed skill as a hand-to-hand combatant.

Born in Australia, young Baran and his sister Selinda had a difficult time with the other children due to their emerging mutant powers. Baran was a brick and Selinda a transmuter. Their parents brought them to internationally renowned scientist Dr. Helga Jace, who worked on them for an unknown amount of time.

While it was thought she wanted to develop their powers and make them forces for good, the subsequent revelation that Jace was a Manhunter agent casts a strong doubt on her real motivations. What is certain, however, is that she made Selinda and Baran much more powerful.

Unknown circumstances, possibly Jace’s machinations, caused the siblings to become criminals in their teens. They took the names Mammoth and Shimmer. While known to the police were never apprehended.

Later, they answered an ad placed by the super-criminal Dr Light, and became charter members of the Fearsome Five. Their first fight against the Teen Titans was also their first defeat and first stay in prison. The inseparable brother and sister have since been freed and have sought revenge against the Titans from time to time.

Mammoth is an overly large guy who seems incapable of an original thought.

He appears to be emotionally underdeveloped, and has a very strong, slavish attachment to his sister. He will become uncontrollable if separated from Selinda, and anybody who hurt her immediately becomes Mammoth’s target for Killing Combat.

More recently, he has shown improvements. He’s still mildly intellectually impaired, but he can now spend significant periods of time without seeing Selinda. 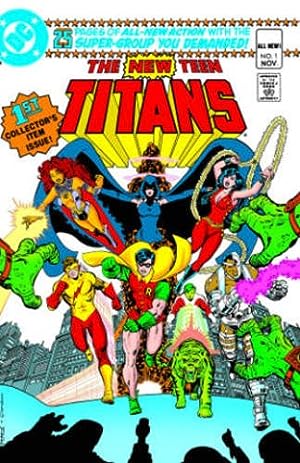 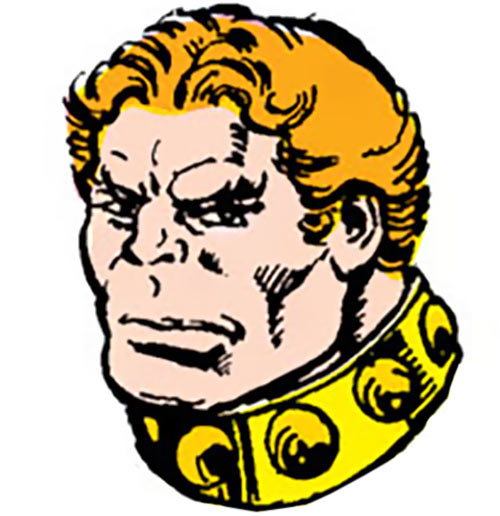