Haller is a brilliant inventor and businessman. His inventions are always on the “cutting edge” of modern technology.

His battlesuit is built to emulate an elephant. Added features include:

The body consists of a “hydraulics super suit,” a harness which gives the arms, hands, and legs super strength ; and “heavy-duty shock resistant” skin.

The “rags to riches Einstein of Los Angeles,” Haller is a philanthropist and head of a company which is “a world leader in innovative hydraulics.”

Anxious to sell super suits to various firms – energy companies to explore “hostile environments,” mining groups to “clear trees or mine ore,” and so on – he decides to prove their worth by donning one himself and battling the then Savage She-Hulk.

Seeking her out, the cocky Haller is not only handed his pachydermic head but also realizes that such a suit is dangerous since “the potential for abuse is enormous.” He withdraws it from the market, pays for all the damage their battle causes, and all is forgiven.

Can you say UGLY ?

Haller himself is a large bald man with large protruding ears with hair growing from him. His bald pate is slightly conic shape (like Absorbing Man). His battlesuit consists of a gray elephant head and feet, a gray bodysuit with yellow harness on chest and yellow tubing down the arms and legs, red gloves and trunks.

Haller is judgmental, very cocksure and overconfident, but humble in defeat and quick to correct any errors made on his part.

He is more of a hero than a villain.

“The sense of sheer exhilaration that comes from wielding this super suit is nothing short of *intoxicating* ! It could use air-conditioning though.”

This guy is so minor of a character you could do what you wanted with him. Minus the suit he could try to fund a would be group of heroes, only to ’pop-up‘ later in his elephant suit wanting to tag along playing hero.

Comic relief would be better suited for this character than the seriousness with which he was created. 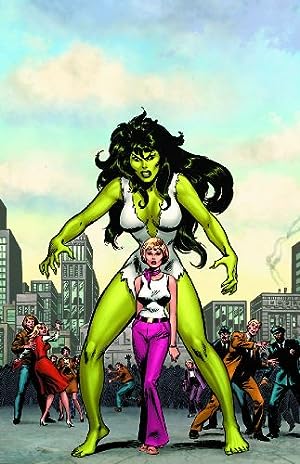 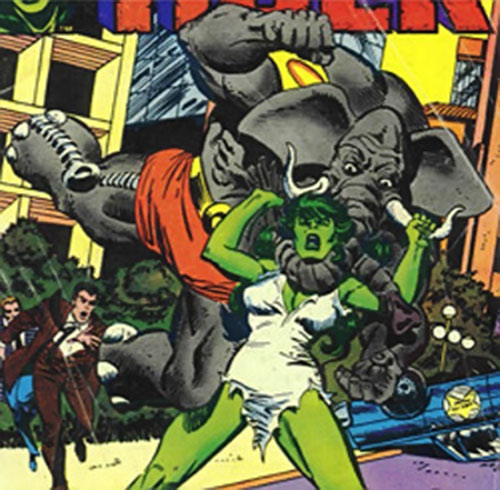