One of the memorable monsters from the 1990s landmark Doom video games. See our profile for an unnamed marine for a lot more context.

As of this writing the 2016 version of the game has just been released, but this isn’t reflected in these stats yet.

It takes three rockets to drop one of these things for good.

The Mancubi have a delightful habit of greeting their enemies by hosing them down with machinegun bursts of fireballs.

The Mancubi are the light artillery of the demon castes.

Coat a brick wall with blubbery human flesh, add beefy arms and a pair of short thick legs like an elephant’s. Now slap a flattened dome of a head on top, then slip gigantic flamethrower nozzles over the forearms and connect them to a fuel tank on the back with feeder tubes.

Congratulations and God help you, you now have a Mancubus.

Drawbacks:
Catastrophic Rage (if hit by an attack that is not another Mancubus’s fireball, will always attack the offending creature even if it is an ally), SPR (the plodding Mancubi can only walk at 1 AP per phase), Strange Appearance.

Equipment:
FLAMETHROWERS [BODY: 08, AV: 04, Flame Project: 09, Limitations: Flame Project has No AV (use listed AV instead) (-1FC) ; Flame Project is a stream of fireballs, rather than a continuous stream of flame (-0FC). Note that the Mancubus can Team-Attack with its Weaponry Skill and the flamethrower’s AV to get an effective AV of 05]. 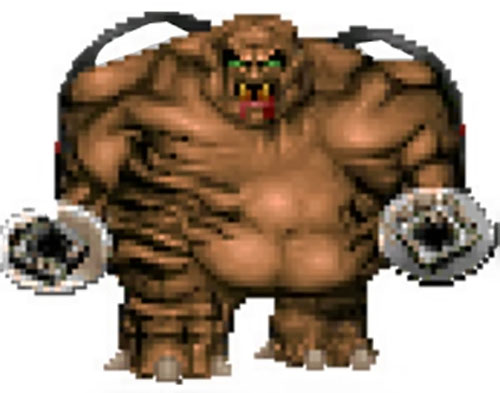 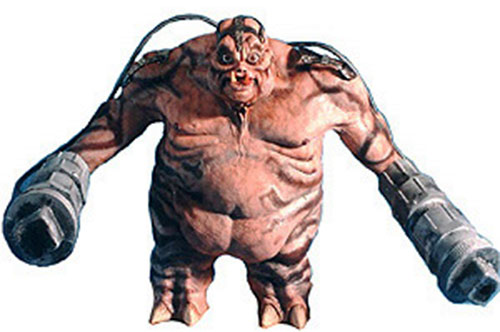 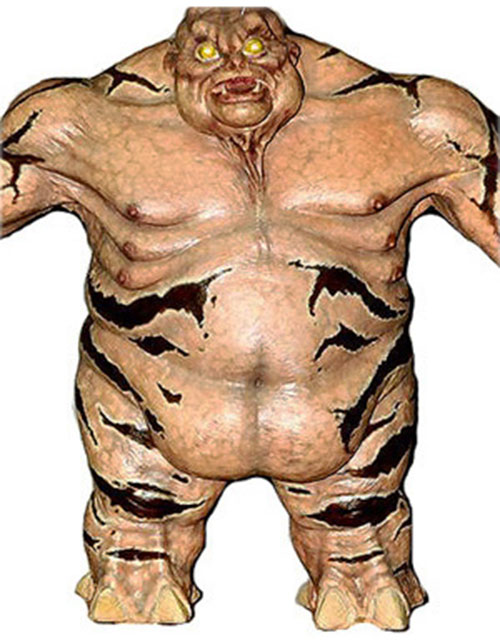