Mandrake is famous as a popular stage magician, but few suspect that his magic is real. He is actually a lot more powerful than he appears to be for even those who know the truth.

Among his most prominent abilities are hypnotizing, illusion casting and the ability to travel with his spirit. His mental energies can also be used for other mental disciples such as reading minds and communicating mentally over long distances.

In the mountains of Tibet lays the College of Magic, Collegium Magicos. It remains unknown and nearly inaccessible to the rest of the world. There the abilities of the mind and body are practiced to a degree unknown anywhere else.

Mandrake was brought to the Collegium as a child, together with his younger sister Lenore. They were both taught by the grand master of the college, Theron. Theron was later found to be their father.

Both their natural abilities grew fast, but Lenore’s did not develop quite as quickly. Mandrake, who was quite full of himself, didn’t notice his sister’s growing jealousy. He only cared for gaining Theron’s approval and to be allowed to study the legendary Thirteen Theurgic Scrolls.

Finally Mandrake was granted this wish. But the night before he would gain access to the Scrolls, Lenore sneaked into the room where the Scrolls were kept.

Mandrake and Theron were both awakened by a horrible telepathic scream. They rushed to the Scroll room only to see Lenore disappear before unfurled scrolls. A moment later the Scrolls also disappeared. Lenore was nowhere to be found.

Mandrake once more left for the outer world. He began looking for the Scrolls at places of mystic repute hoping to find a key to Lenore’s whereabouts.

Acquiring vast wealth he moved into the exotic palace of Xanadu. While working as a stage magician, he often — together with the African prince Lothar — helped law-enforcement agencies deal with a variety of villains. Mandrake also occasionally clashed with his archenemy Octon, also from the Collegium Magicos.

Mandrake’s quest finally led him together with his archenemy to the extra-dimensional city of Theurgia. Theurgia was guarded by a powerful guardian who kept any magician who arrived there as a prisoner after siphoning off their powers. Mandrake managed to return home with Lenore and thus a life-long quest was solved.

He continues to do the work of a good guy to this day.

Mandrake almost always wears a very elegant black suit and a top hat together with a walking stick. He is quite tall, slenderly built, has backcombed shining hair and a thin artistic moustache.

Mandrake is a cheerful man with a very serious attitude.

Although he has a good heart he used to be quite full of himself, bordering on arrogant. He has mellowed somewhat over the years. Thus, he is now back with both feet on the ground caring more about people than ever before.

He really enjoys doing stage magic and never reveals that what he is doing is real magic. This magician NEVER reveals his tricks. He cares for his friends and especially prince Lothar.

Mandrake is also very mentally able and resourceful, sooner or later fooling most villains. He would never kill even when forced beyond limits and can only be plagued by his enemy Octon and his worldwide organization the Octagon. Besides battling for good he also enjoys music, art, practicing, traveling and working.

Mandrake having fought several super-powered villains could be put into the DC Universe as a minor magic wielder. He could quite easily be connected to several other magicians/mystics such as Dr. Occult, being close to the same thinking. 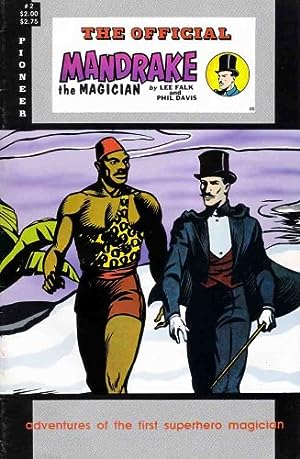 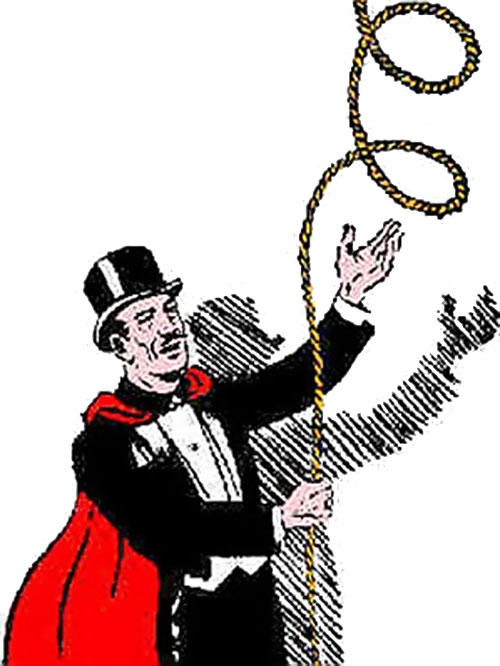 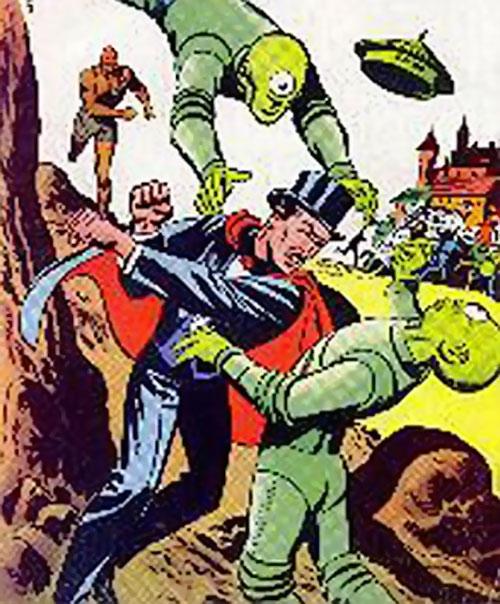