Manhunter II is a very experienced adventurer, detective and hand-to-hand fighter. He’s been further trained by the Manhunters cult, and the Council then trained him to become a world-class special agent.

Kirk received instruction from the legendary ninjutsu sensei Asano Nitobe, who became a close friend of his. The weapons skills taught by Nitobe are borderline superhuman. The Manhunter never misses, can kill fully-grown tigers with one thrust of his katar, and has once deflected a grenade launcher shot with a shuriken (!).

His physical durability is also borderline superhuman. He heals from the worst wounds superhumanly quickly. The damage can be seen healing as Kirk’s tissues fix themselves, and he once survived machinegun fire. 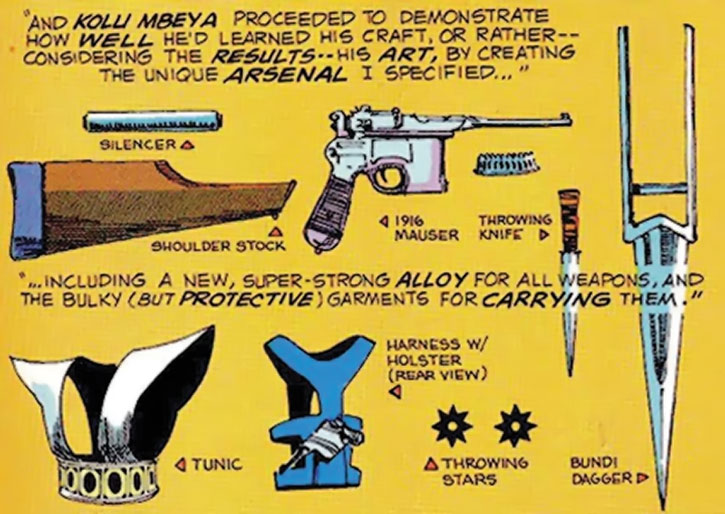 After the Hiroshima and Nagasaki explosions, as the USSR was feverishly working on its own atomic bomb technologies, it became obvious that humanity now had the means to destroy Earth and itself. As the Cold War started, there was little reason to believe it wouldn’t do so eventually. Among the reactions to this new set of rules was the creation of the Council.

The Council was a vast conspiracy headed by ten geniuses from all over the world. These were determined to prevent humanity from destroying itself in a nuclear Armageddon. The Council picked up speed very quickly, and by the mid-1970s was a pervasive concern. It had well-placed moles in numerous organisations, and pulled strings among the rich and powerful.

The Council knew from the very start that it would need an enforcement arm. After extensive research they planned to approach Paul Kirk, also known as the costumed adventurer Manhunter. However Kirk got himself killed by a bull elephant just before contact could be established.

The Council could not be bothered with such details. They fetched Kirk’s body. They resurrected and healed him over many years, using technologies developed by one of the ten geniuses, Professor Oka.

While Kirk was healing in suspended animation, the Council’s enforcement branch was built using two further assets. One was Oka’s cloning technology. It allowed for producing an army of fully-grown clones of the still-comatose Kirk, sharing his inborn physical assets.

The second was the legendary ninjutsu master Asano Nitobe. Nitobe-san owned personal allegiance to the Council ever since Oka got him out of Nagasaki just before the bomb. The Kirk clones were trained by Nitobe and became skilled enforcers and assassins. 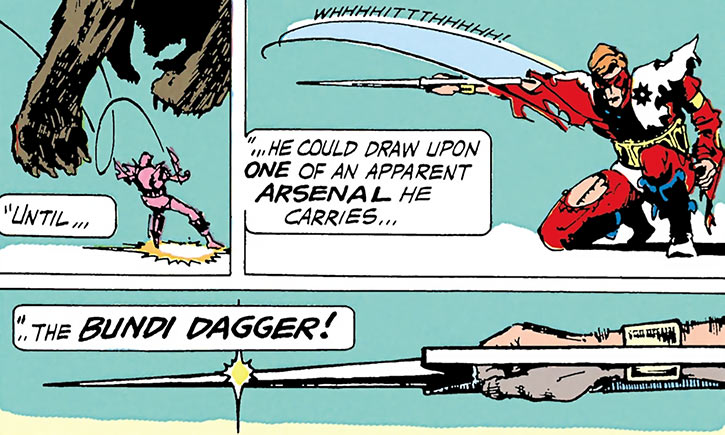 More than 25 years after his fatal accident, Kirk was revived – and he was now a superhuman. He was introduced to the Council and its goals, then briefed on world history since his death. Kirk started training with Nitobe to become the primary field agent of the Council’s enforcement branch. Over the years, Kirk and Nitobe became close friends.

In 1973, Manhunter was sent to kill an Interpol higher-up. But he couldn’t bring himself to cold-blooded murder for the sake of the conspiracy. At this point it was visible the Council’s aims had degenerated into a self-serving power lust. The ethical Kirk could no longer force himself to serve them.

However, the Council already had their doubts about his loyalty. The Interpol target was actually a Council double agent.

Kirk explained to his target that he wouldn’t kill him but rather help him fake his death. At this point, a cadre of Kirk clones sent by the Council to kill the original stormed the place. Manhunter was now on the run from a deadly, all-encompassing conspiracy. He’d also discovered that he had been robbed of his individuality and commoditised. 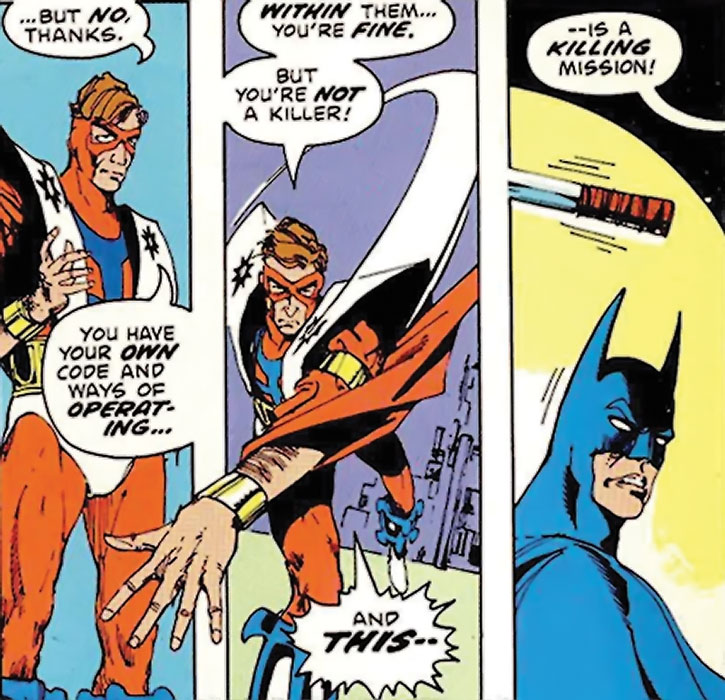 The formidably skilled and intelligent Manhunter started taking the Council apart. He killed many of the cloned assassins, ambushing them as they attempted to eliminate high-profile targets designated by the Council.

In the mid-1970s, Manhunter even procured a tape that would expose many of the world’s rich and powerful as Council agents.

In the end, Paul Kirk managed to strike at the Council’s headquarters itself, killing two of its ten heads. After killing the Council’s master Manhunter detonated a bomb that razed the entire H.Q., destroying the Council forever at the cost of his own life. Paul Kirk thus restored his stolen destiny and individuality.

Legacy of a master

An unknown number of Kirk clones are known to have survived the demise of the Council. Specifically: 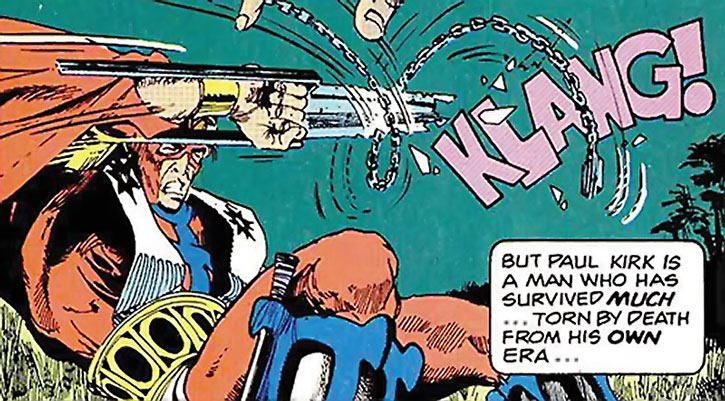 Manhunter is a highly driven, stone-cold super-agent. He acts professionally and almost ruthlessly, rarely showing emotion except for his constant anger at the Council. He cannot rest as long as the Council exists, for the Council has deprived him of what made him a man and turned him into a mere Xeroxed instrument. 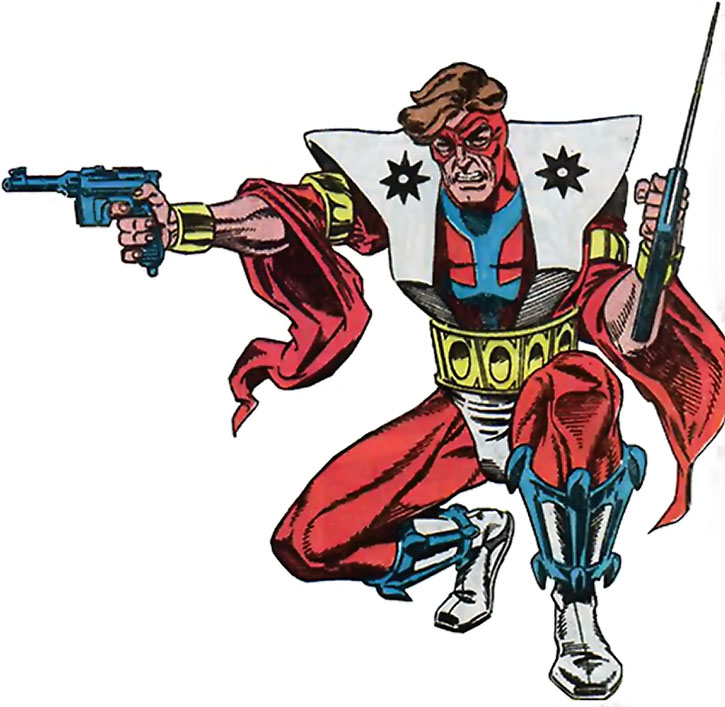 Kirk does not have the suave class of a James Bond. Manhunter is all about field skills, exotic weapons, martial arts techniques and clever manoeuvres and strategies. He’s more of a super-hitman/ninja than anything else.

He’s cool because he’s highly driven and extremely professional, not because of one liners and gadgets. Manhunter was also a forerunner of the popularity of ninja lore, regenerating super-killers, clone armies and other schticks that would become big soon after he appeared.

There is no special link between the characterisation of Kirk pre- and post-resurrection. He’s essentially a different character, having been through death, years of ninjutsu training, a new career as an international shadow enforcer, and so on.

Being such a monolithic, loner character he exists in stories that are chiefly plot-driven. Much of the characterisation comes from the other characters involved in the tale.

(To the Batman) “You’re not coming along. You’re not a killer… and this is a killing mission !” 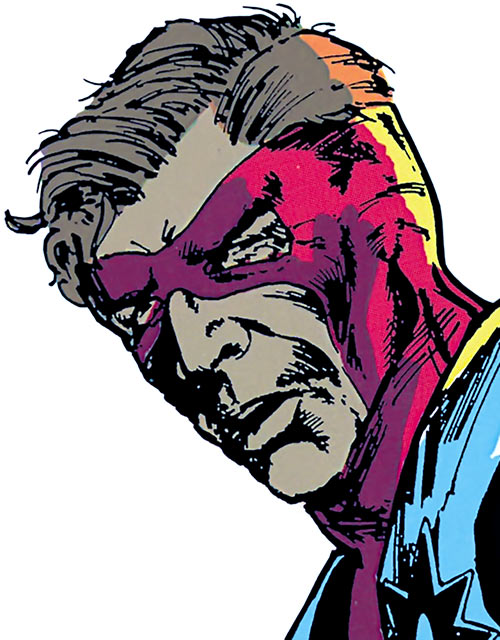 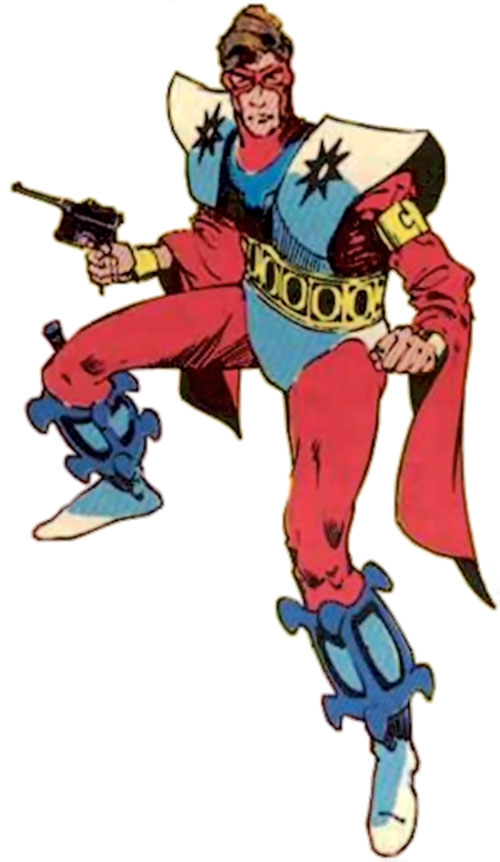 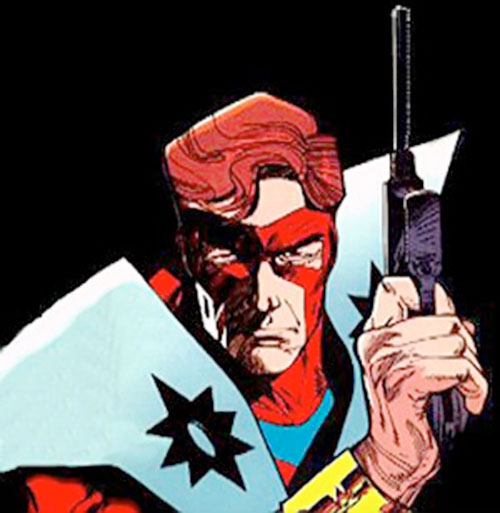 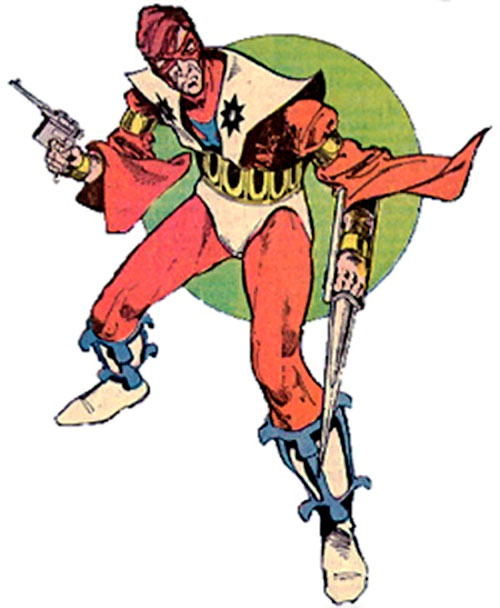 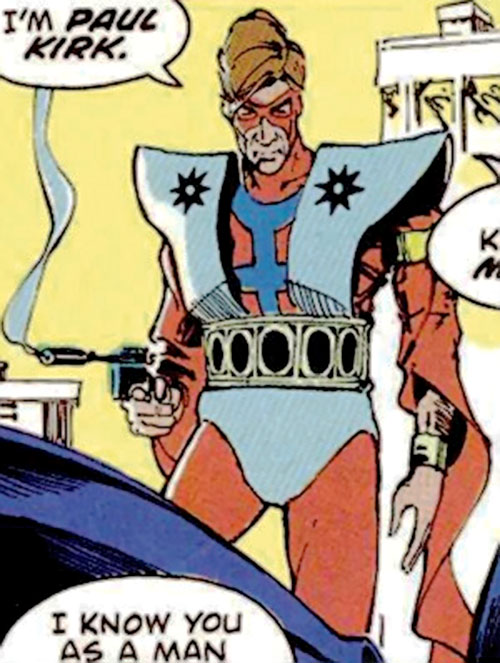