It was the third Quatermass series (named after the hero). The first, The Quatermass Experiment, aired in 1953.

This sci-fi tale about a future British space exploration effort was a critical success and attracted a large audience.

A remaster of the trailer for the 1967 Hammer Film adaptation.

3.4 billion years ago, Mars’ atmosphere had thinned to the point the Martians knew their race was doomed. They determined to reach out to the nearest planet.

While conditions on Earth were not compatible with their insectile bodies, they discovered proto-hominids there. These displayed a potential to evolve intelligence. The Martians captured specimens and returned to their own planet.

The Martians went on to breed the hominids. Over the generations, they developed their intelligence and acquired psychic powers such as telepathy and telekinesis. The Martians inculcated these creatures with Martian morals and knowledge, so their culture would not die out when Mars did.

An estimated five million years ago, the Martians sent ships back to Earth. These carried their hominid heirs. One ship made a bad landing in the area of present-day Knightsbridge in London, England.

You can’t handle the truth!

In 1958, digging at a building site unearthed the ship. It was at first believed to be an unexploded World War II-era German bomb. Howbeit, the ship proved immune to any attempt to open it.

(We assume here that the date of the BBC series is the proper one.) 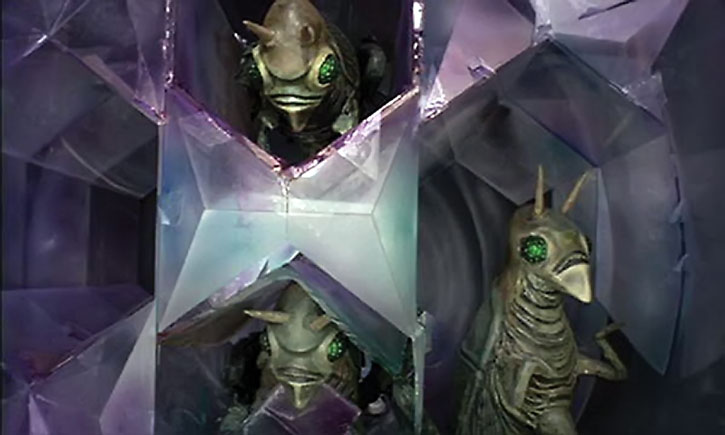 A drill used during these attempts provided sufficient kinetic energy to partially awaken the ship. Paleontologists investigated the interior once it opened. They discovered its Martian crew and hominid passengers. All of them were long-dead.

Bernard Quatermass laid out his hypothesis to explain what they’d found. Yet the British military decided instead the ship was a Nazi propaganda weapon. They assumed it had been designed to make England panic over a fake alien invasion. In order to end the rumors surrounding the object, they set up a television broadcast to reveal the ship to the public.

But in laying the electrical cables to power the cameras and lights, the TV crew accidentally provided the power bring the ship to full “life”.

The ship reached out to humans who retained a trace of their Martian-engineered genes. It fused them into a hive mind and ignited a racial purge. These people were to destroy all Humans who did not share their Martian heritage. The ship then tapped into the latent psychic powers of Londoners. Using it, it dissolved into pure energy and took the form of a gigantic Martian ghost.

One of the paleontologists, Matthew Roney, reasoned that the energy could be drained off by grounding the image. Although it cost his life, Dr. Roney was successful and put an end to the immediate threat.

Quatermass warned us all, however, that the Martian legacy of racial intolerance still lurked among in our minds.

The Spaceship was originally created to function as just that — a spaceship. It carried a crew of four Martians in the forward section and six hominid passengers in the centre section. It could sustain them for the duration of a journey from Mars to Earth or vice versa.

It seems to have been grown in the manner of crystals rather than constructed in a more conventional way. The Spaceship had no discernible internal components other than a fragile crystalline lattice inside the forward compartment. The Martian crew were cradled within it during the journey.

It apparently possessed a considerable artificial intelligence. This AI was distributed through the entire machine rather than being concentrated in a central computer. It remains unclear whether it was sapient .

This AI was evidently programmed with extensive information about the way its creators lived. It also had much data they intended their hominid surrogates to live. The AI was given standing instructions that their status quo was to be maintained at all costs.

Since it was originally intended to function as a mere transport device, it is unclear as to why its creators should have taken the trouble to program it in this way.

After it became buried beneath the future site of London, the propulsion unit gradually corroded away to virtually nothing. This resulted in the loss of its flight capability, but the crew and passenger compartments survived intact. Some sort of stasis technology held them in a largely dormant state for five million years. 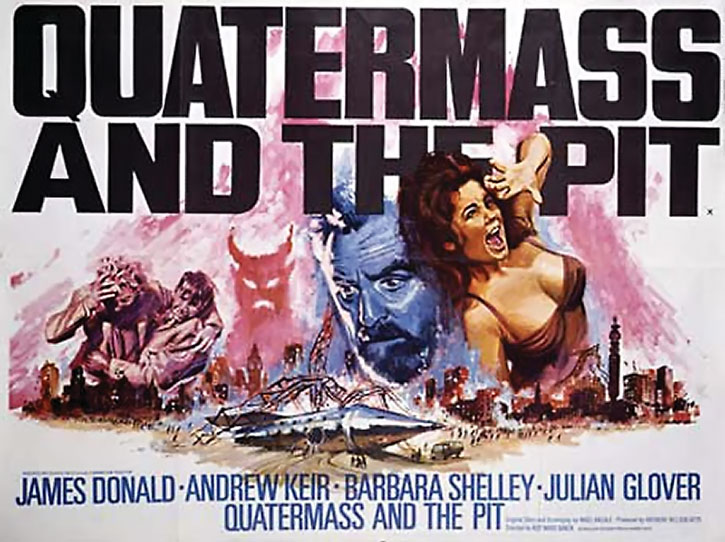 On occasion, disturbances of the ground would stir it into minimal activity. The ship could convert kinetic energy from the vibrations into a trickle of power.

On those occasions, it would automatically bestow a degree of psychic sensitivity (in DC Heroes RPG terms, 1 AP of Postcognition, Telepathy and Telekinesis) on nearby Humans. But these were unaware of their newfound power, and unable to control it.

The images of Martians and hominids which they saw were interpreted as visitations by demons and goblins. And the random movement of objects around them was seen as poltergeist activity.

When the Spaceship absorbed a massive influx of electrical energy, it finally awoke to full activity again. It mentally probed the surrounding area (Remote Sensing, Life Sense and Telepathy). This is how it correctly identified the human population of London as the evolved descendants of the hominids it had been used to transport five million years before. 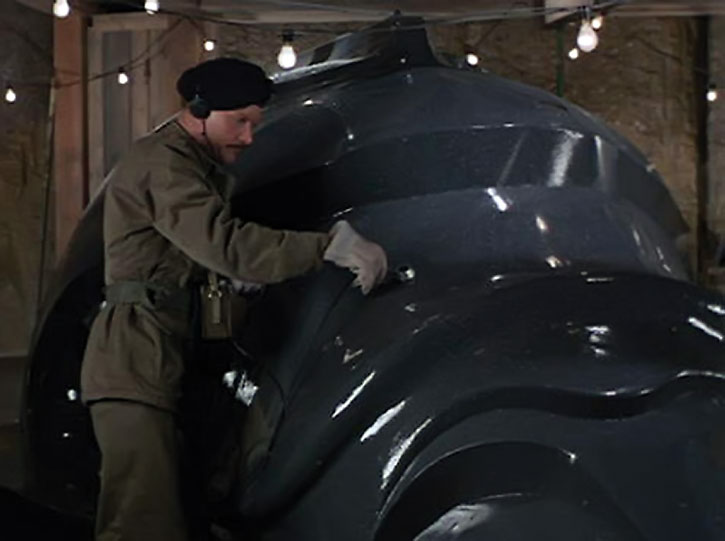 It registered the presence of a minority of Humans who were different to the rest. The ship immediately used its emotion- and mind-control powers to instill a compulsion to kill them in the minds of the majority. It also bestowed on most the ability to mentally perceive (Postcognition) the killing of unwanted mutations by its Martian creators five million years before.

Those affected also received telepathic and telekinetic abilities sufficient to emulate this example by identifying and killing their own mutations.

The ship then expanded and restructured itself. Over about a quarter hour it broke down its own physical form to convert itself into a giant energy-construct in the image of its creators. One of its energy source as the mental energy of the entire population of London.

It was subsequently destroyed when a mass of electrically-conducting steel earthed to the ground was brought into contact with it. This drained and dispersed the energy that comprised it.

Originally a 20-foot long bluish-grey cylinder made of an unknown material. Although it outwardly resembled metal, it seems to have actually been some kind of crystal. A magnet did not cling to it.

Its basic design was very simple. It consisted of:

However, the passage of five million years had caused the radioactive fuel elements in the engines to decay. The byproduct gradually corroded the entire rear section to virtually nothing. The only remains were seams of rare minerals in the surrounding ground.

The Spaceship was a machine, albeit a rather weird one. It didn’t really have any personality as such.

This story is very much a 1950s period piece, IMO. It might be rather interesting to have the Phantom Stranger and the Challengers of the Unknown team up against it, or something.

The Martian Spaceship from Hob’s Lane 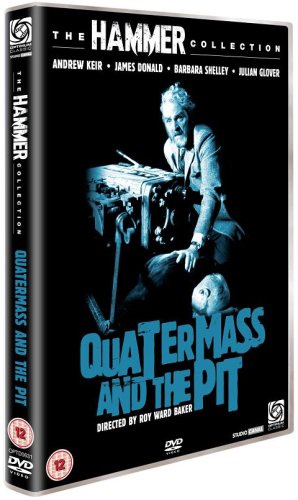 Quartermass and the Pit (both versions) 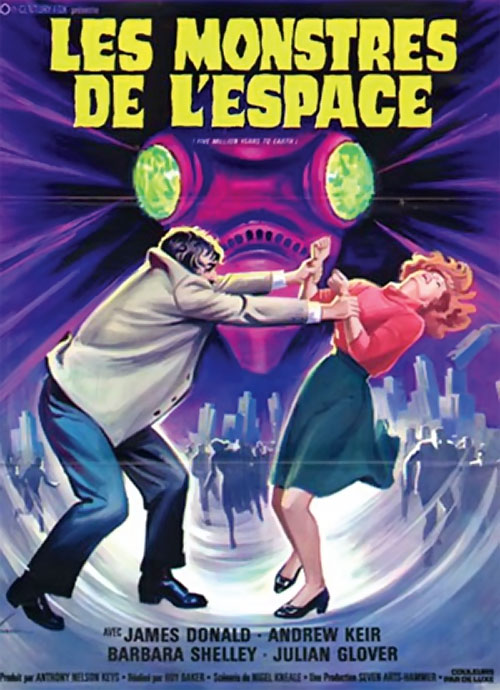 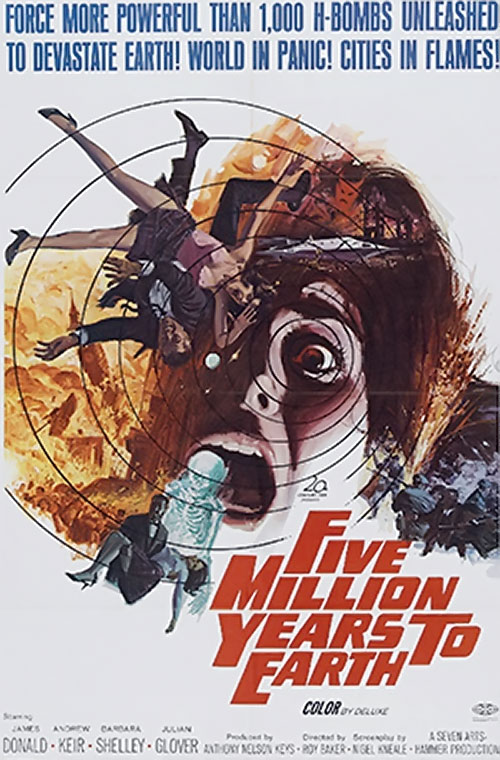 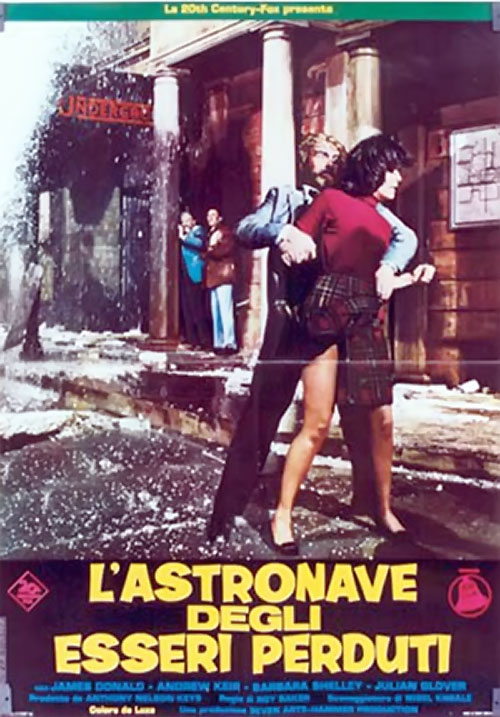