Except for a few panels in Justice Society of America, she’s since been forgotten as a random supporting cast schoolgirl. Unless something gets done in the 2020+ Stargirl TV series, I guess.

However, she clearly was on her way to become a gadgeteerTechnnologist who builds comic book devices like those Batman uses and claim a minor Golden AgeSuper-hero comics from the late 1930s to the early 1950s heroic legacy (that of Merry, Girl of a Thousand Gimmicks). Which means she could be developped into intriguing roles, from Player CharacterRPG characters played by a player, rather than the gamemaster or the computer. to engineer outfitting a new team of young, minor Player Character heroes.

So she’s got a WORG profile.

Mary is an exceptionally bright and collected youth.

She is startlingly gifted when it comes to technical matters. Her software skills are unrevealed, but when it comes to electronics she seemed to be about as competent as Pat Dugan (aka Stripesy).

Even Robin (Tim Drake) was amazed by her skills. Though much of it was the surprise from seeing a random schoolgirl taking apart and analysing alien rayguns. Still, Robin’s question about where she learned to do that was a germane one.

She’s also skilled with mechanics. Including such applications as a lock picking technique that would make Thomas Magnum proud. 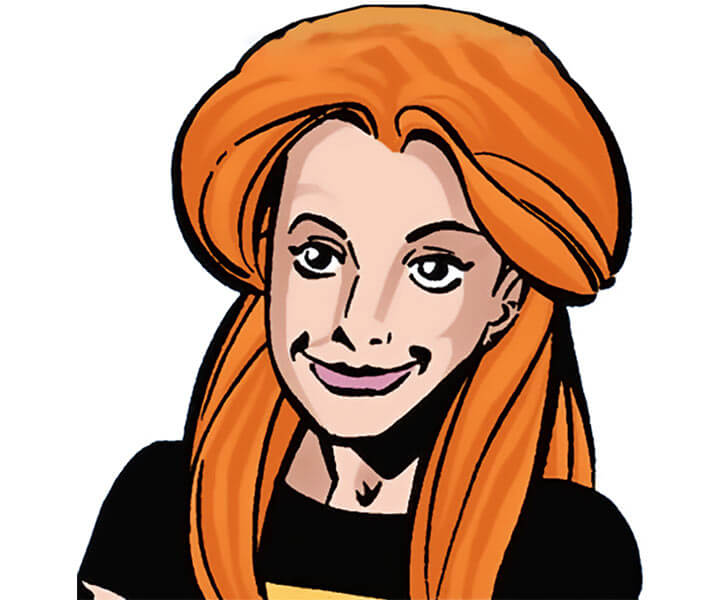 Mary Kramer grew up in Blue Valley, Nebraska. A burg you might know of since this is where Kid Flash (Wallace West) started his career.

Her parents apparently experienced a bad divorce (Kramer… get it ?) when she was a kid.

In 1999, Mary was in high school. Upon seeing her being racketeered by a school bully, a new girl named Courtney Whitmore promptly kicked the underage extortionist in the head.

Courtney and Mary quickly became best friends. The responsible and clever Kramer proved a good influence on the impulsive and self-centred Whitmore.

Mary seemed to be something of an outsider in the school’s social life. Yet she had observed that a worrying number of kids had been vanishing. And that nobody quite seemed to care.

Unbeknownst to her, these kidnappings were carried out by agents of the Dragon King. The King was a WWII-era Axis mastermind who had established a secret base near Blue Valley. The abducted kids were hypnotised to become his servants.

Whose broad stripes and bright stars through the perilous fight

During a kidnapping attempt, Mary discovered that Courtney was the new Star-Spangled Kid, complete with a cosmic belt. And that Whitmore’s stepfather Pat Dugan, once the partner of the 1940s Star-Spangled Kid (Sylvester Pemberton), was the armoured defender S.T.R.I.P.E..

Kramer appointed herself an unofficial third member of the “team”. But her role was mostly to advise the immature Whitmore.

Mary Kramer helped ruin decades of effort by the Dragon King to kill billions and rule over Earth. Though she was briefly abducted and hypnotised near the end of that conflict, she and dozens of other Blue Valley high-schoolers were freed when the Dragon King’s machinery was wrecked.

During these adventures, Mary even met the Young Justice kids and the Shining Knight (Sir Justin). 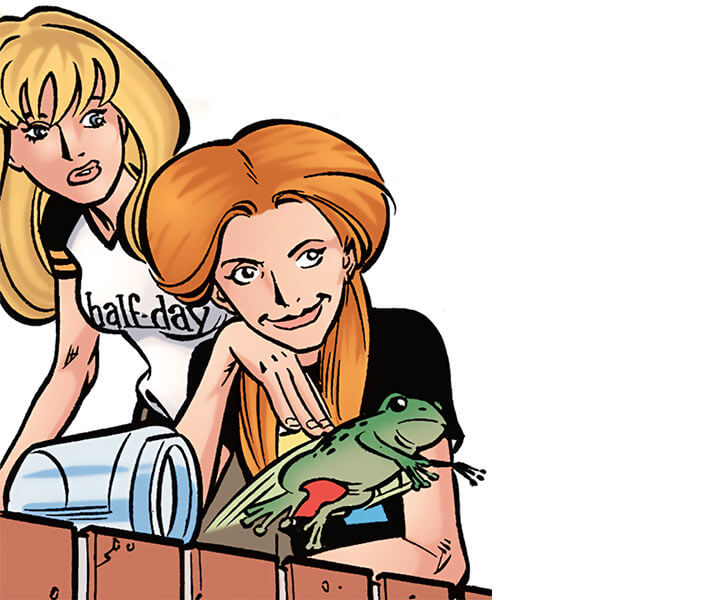 O’er the land of the free…

Authorial intent was to have Mary Kramer claim the mantle of Golden Age minor heroine Merry, Girl Of A Thousand Gimmicks (née Merry Creamer, and later adopted by the Pembertons).

However, the run of Stars and S.T.R.I.P.E. ended before it could happen.

With the exception of a 2009 cameo, Mary was never seen again as Courtney joined the JSA.

… and the home of the brave

Though Merry Pemberton had been listed as deceased after the Crisis, she later resurfaced with a team called Old Justice. However, there were numerous continuity oddities with these guys. So, I dunno.

Merry’s daughter Jacqueline Pemberton had a minor super-hero career as the gadgeteer Gimmix. Howbeit, Gimmix was killed in action in 2005.

Mary sports a distinctive hairstyle, apparently a result of keeping a huge mane of hair under control by tying the sides behind her occiput. The hairpins she uses to do that occasionally come handy to pick locks.

Mary Kramer is smarter and wiser than most adults. But she’s still clearly a teenager in most other respects.

She’s one of the good guys, with strong moral principles and driven to help people.

She doesn’t seem to socialise much, despite being vivacious, articulate and having an excellent sense of humour. This might be tied to her superior intelligence, and/or to the divorce of her parents.

When among friends, she does talk a lot, though.

Mary frequently seems amused and is a sarcasm-loving wisenheimerA know-it-all, though she’s not mean about it. She will frequently act sassy toward Courtney, but they’re clearly best friends.

Plus, it’s one of the few ways to talk some sense into Whitmore’s thick skull. 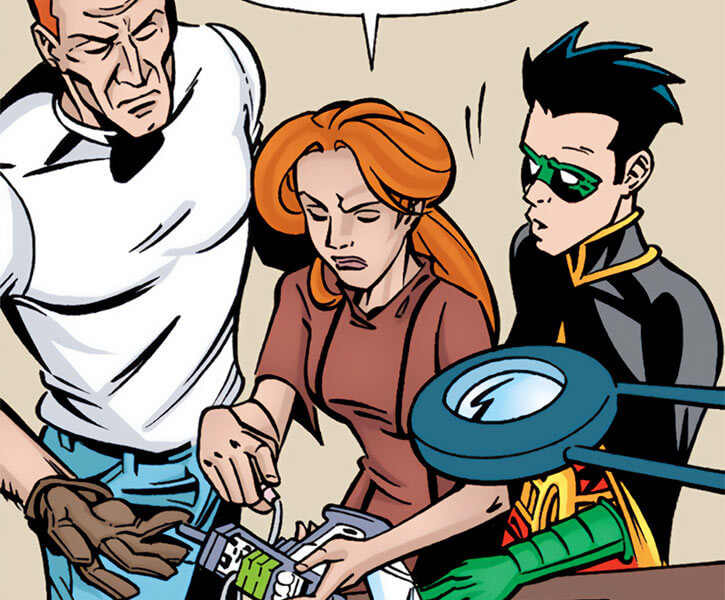 “Josh is serious diary material, but Cindy… she’s head cheerleader, queen of the school, and she’s got her claws in him.”

“You did good. I’m sure you made the [cheerleading] team. I mean, being a blonde automatically scores you major points.”

(Examining an alien raygun with Pat Dugan) “It’s the blue [wire]. Simple as pie if you examine the trigger’s core runoff.”

(Berating Courtney over cheating in an exam) “But you could’ve gotten caught. You shouldn’t be doing that, anyway !”

Source of Character: Stars and S.T.R.I.P.E. comics by Geoff Johns.