But I think she could be an interesting NPC (or even PC seed) in an espionage/law enforcement campaign. And she has a quiet but efficient toughness to her, not unlike an horror movie final girl type.

Lopez is a former professional intelligence analyst. As such she received basic Aladdin weapons and combat training.

Although she retired to be a mum, she’s still in tip-top shape and has proven able to handle high-stress situations and some combat.

’Lu and her older brother, Jonathan, both made their career in the US advanced intelligence and enforcement organisation Aladdin. But Mary-Lucille’s proved shorter than her sibling’s. She fell in love with Aladdin agent Peter Lopez, and eventually retired to marry and have a kid.

For some years ’Lu and her husband lived in martial bliss – until Peter was called on his first actual field mission.

’Lu Lopez is first and foremost a wife and a mother. But she has been trained, and does have talent.

She’s smart, and while she hates being placed in dangerous situations due to fear for the safety of her son and husband, she has grace under pressure and stamina.

Just change her former employer to the DEO, really.

“No. You didn’t know we honeymooned in Key West. You hesitate when you mention PJ’s name… like you have to remember. *Who* are you ?” 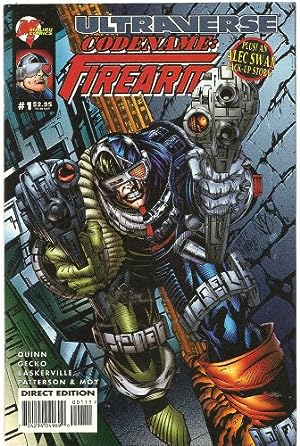