Mary Bromfield is Billy’s younger sister. She was very little when she was orphaned, and has since been adopted and raised by the Bromfields.

Only recently has she been reunited with her brother, and learned the full truth about her past. She now kind of resents her adoptive family lying to her all these years, and keeping her apart from her Billy.

Mary is a brilliant teenage girl. Shazam himself has admitted that she has picked up on the uses of her Captain Marvel powers far faster than Billy did, and in some ways, she is able to use them better. 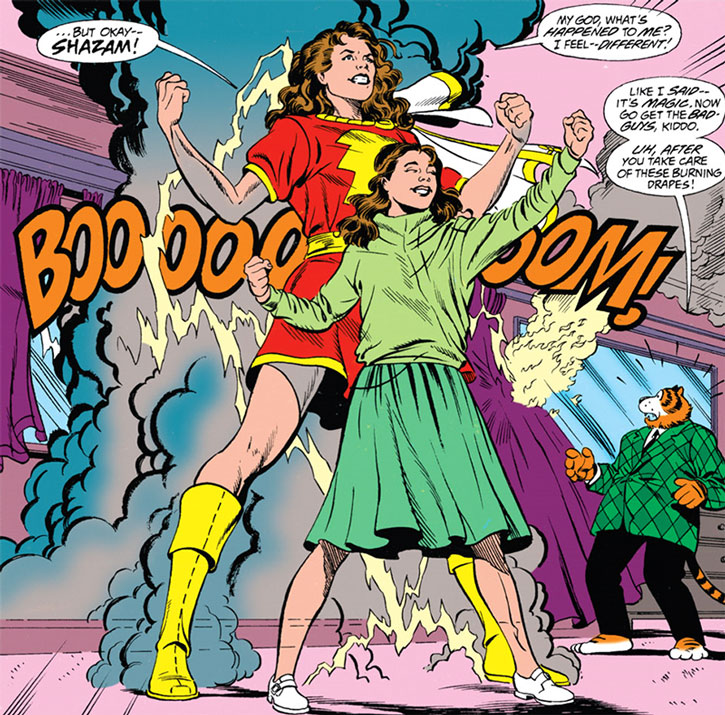 Mary sort of got the powers accidentally, so she doesn’t fully know what she wants to do with them, or if she even really wants them. Right now, she only uses them if someone around her is in immediate danger, or if Billy calls upon her for some reason.

Mary gets angry when confronting violent criminals, and tends to match them force for force. She has done things like catch bullets in her teeth and spit them out, making her in some ways more intimidating than Billy as Captain Marvel.

Drawbacks:
Alter Ego (Controllable) ; Loss Vulnerability: Lightning (Lightning attacks that cause RAPs of damage to Mary Marvel cause him to revert back to Mary Bromfield, affecting all Attributes and Powers) ; Secret Identity.

These stats do not use the “Superman has a DEX of 10” design convention. In fact they’re so old they may precede it. 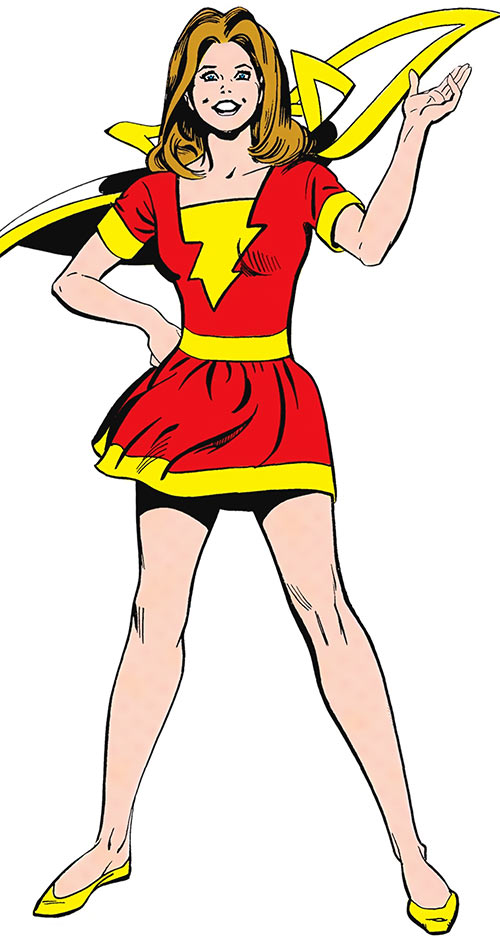 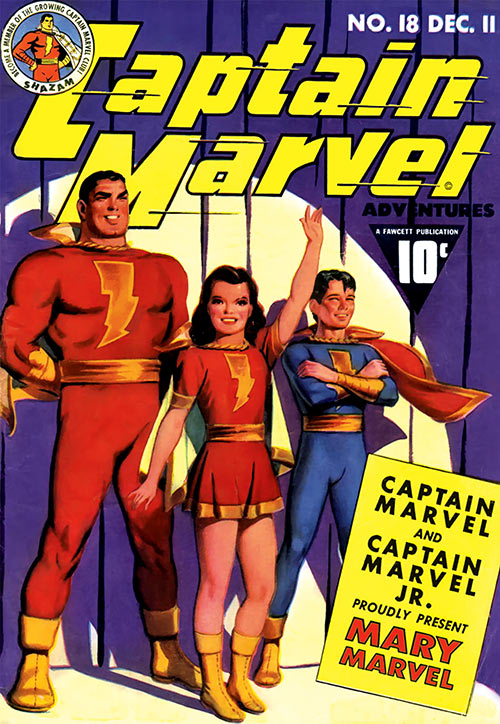