This profile is meant to be read after the Power Pack team profile.

Jack Power can alter his body’s density. To do so, he mentally increases or decreases the space between his molecules.

By expanding the space between his body’s molecules, Jack can assume a cloud-like form. While in this state:

When Jack mentally contracts the amount of space between his molecules, his body shrinks to a height of a few inches. Compacting his mass into such a tiny volume makes his body much more durable. 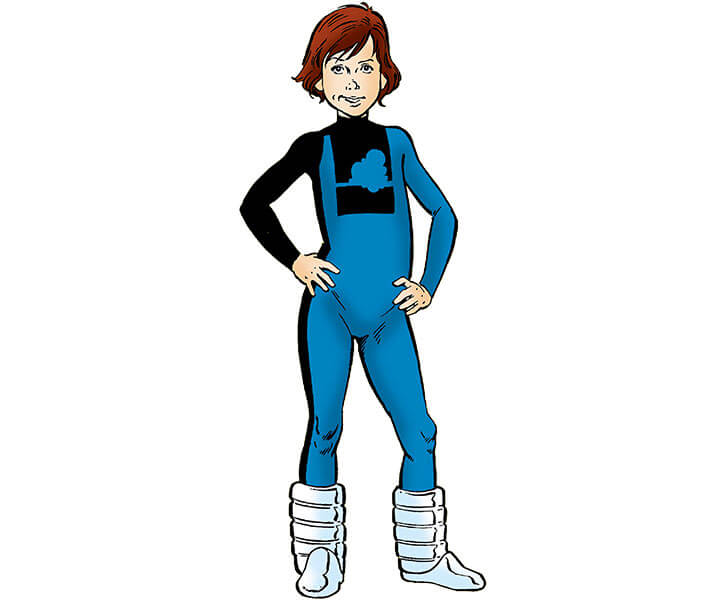 ‘Tis but a flesh wound!

Finally, like all members of the Power Pack, Jack’s body heals itself at a highly increased rate. He can fully recover from broken bones within days and has a high degree of immunity to disease.

With concentration, Jack and his siblings have discovered that they can greatly increase their rate of healing. This allows them to heal grievous injuries or sickness almost instantly.

Jack wears a special uniform (created by the smart-ship Friday), which is stored “Elsewhere” until he commands it to materialize. The costume:

The costume also has pockets which are actually apertures into an adjacent dimensionOther realms of existence that are not our universe. Jack can store and retrieve objects from the pockets which clearly should not be able to fit within them. The maximum carry capacity of the “magic” pockets is unrevealed.

Jack is a fairly typical looking eight year old boy. He is of average height and build for his age.

Unlike his siblings, Jack has dark brown hair that sits atop his head in an unruly mop, but he still has the Power family’s bright blue eyes.

Jack’s costume is a deep blue unitard that covers him from neck to boot.

The right sleeve of the unitard is pitch black, as well as a stripe that runs down the right side of his body and a square patch that runs from his neck to the middle of his torso. Within the centre of the black patch on his chest, is a stylized picture of a cloud, which reflects his power.

A pair of silver ridged boots completes his costume. The boots are reminiscent of those an astronaut may wear.

Every group has one of “those guys”. The troublemaker. The scrapper. The prankster. Jack is “that guy” in the Power family.

He marches to the beat of his own drummer (no relation), and no one outside of his parents can ever really tell him what to do.

He is loud, emotional, impulsive, arrogant, abrasive and a braggart. And believe it or not, he’s not even a tween yet.

That being said, Jack loves his family dearly. He definitely has a big heart, which he tries to hide from his siblings. 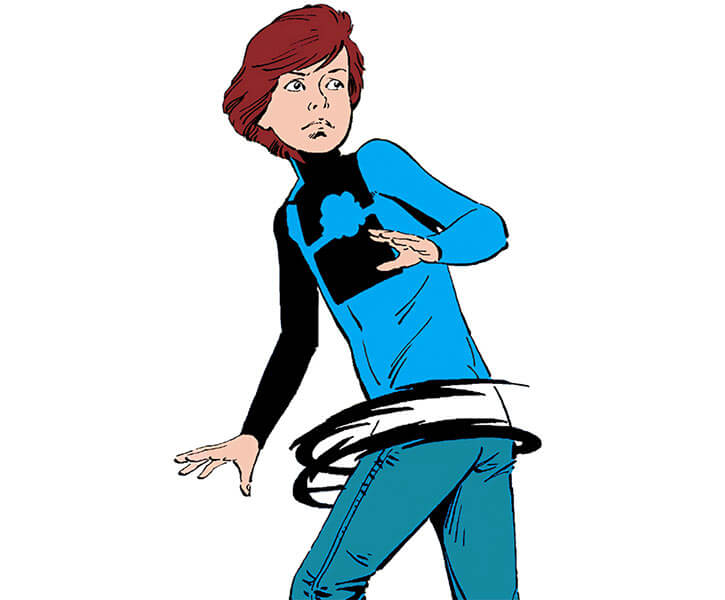 “Save your breath, Alex ! If we ignore the brat’s tantrum, she’ll get over it fast enough !”

“I thought I had a dumb worthless power before, but I think now my power’s the best ’cause I saved everybody !”

“You’ll never catch the great Lightspeed, turkey … but the incredible shrinking Mass-Master can sure catch you — with his 60 pound Jack Hammer special !”

“That’s okay Spidey, we crusading crime crushers have to help each other out !”

“Isn’t it NEAT to have Spider-man for a friend ?” 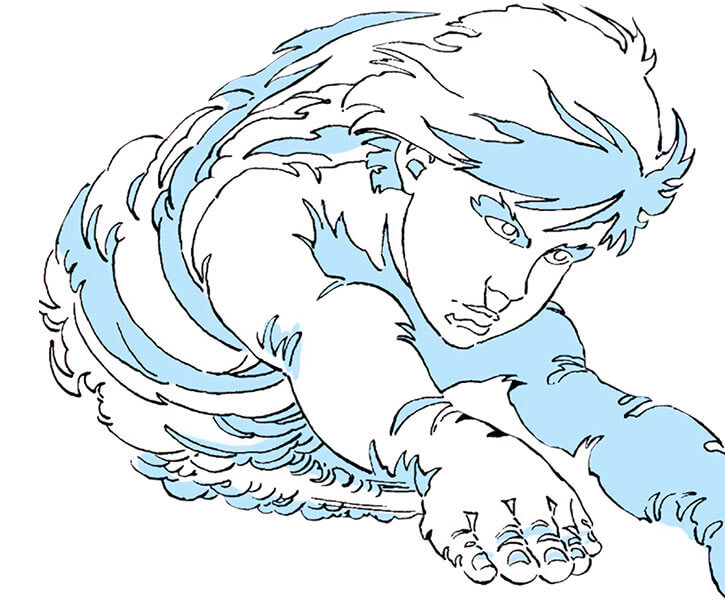 Jack and his siblings could be imported wholesale into the DC Universe where they would most likely be raised in Metropolis. There they would end up encountering a myriad of superhuman beings, the foremost of whom would be Superman, of course.

Jack’s Cloud Form has the same stats as his normal form, but has the following Powers: