As Pulse 8 his atomic structure was connected to the unified field harmonic. Thus, by resonating in unison with the field he could exercise a measure of control over the fundamental forces of the universe. Such as gravity and electromagnetism.

By the time he became The Master, his powers had evolved so that he’s able to rewrite reality. This allows him a wider range of options, such as flash-freezing robots, or turning Green Lantern yellow. 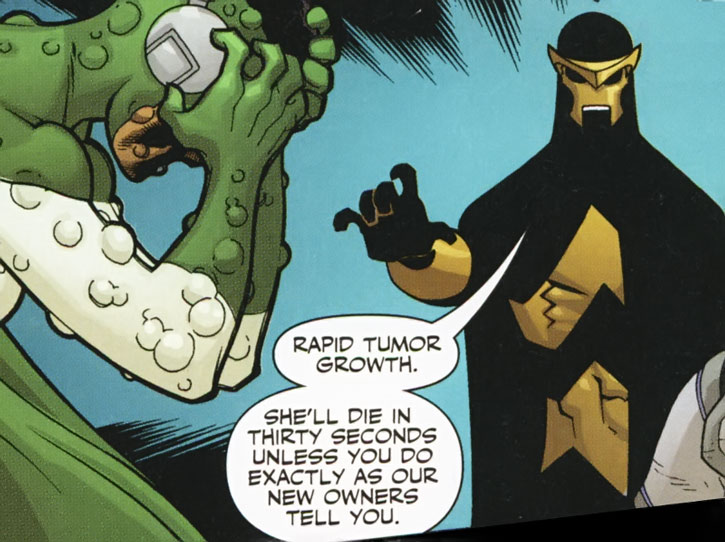 The Master makes changes to reality by typing his commands into his Quantum Keyboard (while speaking them aloud). He operates as if they were a high-level computer language. It appears that he is the only one who can see this keyboard, and to anyone else he appears to be typing in the air. It is not known whether he would still be able to use his abilities if his hands were restrained.

He can also generate “Attractor Discs”. These are 20-inch diameter circles of energy which can slice through tough objects (such as Steel’s hammer). In DC Heroes RPG terms, this is Energy Blast. The Discs also can attach themselves onto targets, increasing the effect of gravity on them, and produce a localised electromagnetic pulse around the target.

(The International Ultramarine Corps entry has most of his history).

Wether served in the marines when he selected for the Ultramarines project. The process attuned his body to the fundamental forces of the universe, and his powers continued to evolve.

Initially taking (or being assigned) the identity Pulse 8, he changed it to The Master when they parted with the military.

It’s yet to be revealed whether his body was altered by the process which empowered him. He has yet to be seen out of costume.

Walker has become slightly detached from those around him by virtue of his powers. He tends to approach things in a cold and analytical manner.

He seems quite able to adapt his approach at a tactical level, such as changing his attack to cope with new opponents in a fight. However he doesn’t adapt as well on a strategic level, such as when they discovered Eiling had betrayed them. The Master can be slow to react in these conditions.

Like the other original Ultramarines, the Master is a super-soldier rather than a super-hero. Thus, he is willing to kill opponents if he feels it is necessary.

“Cosmic is my territory.”

“’And the bike, with both of its passengers, weighed less than a soap bubble for the next 33 seconds.‘ Long enough to get those whining girls on the ground.”

These discs combined the effects of Energy Blast, Gravity Increase and Electromagnetic Pulse. He could produce multiple discs at a time, effectively acting as a multi-attack. Overcoming the Gravity Increase would allow the target to remove the disc from themselves.

As Pulse8 he didn’t have Sorcery. 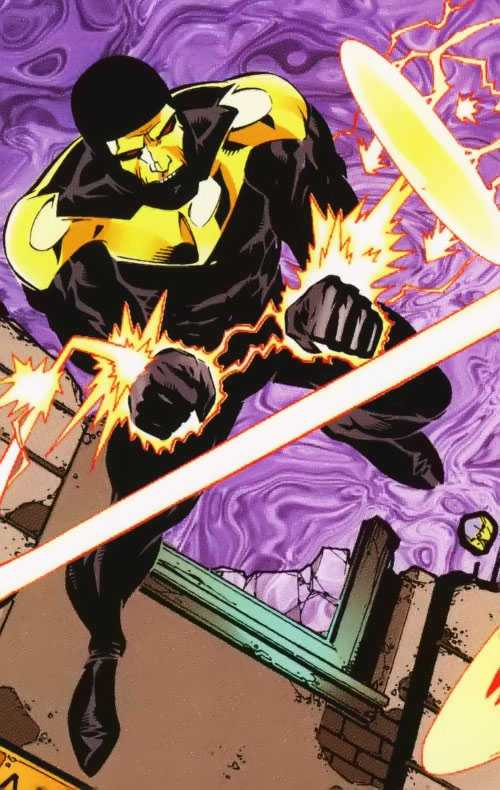 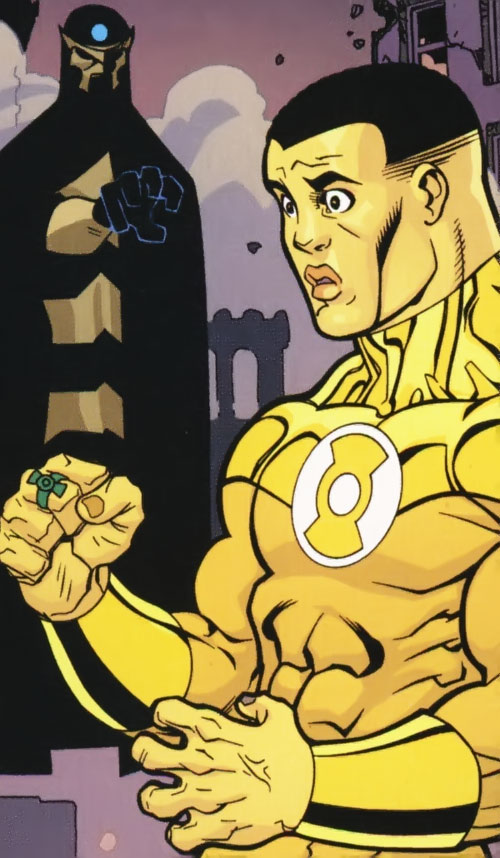