By the Power of Grayskull!

He-man and the Masters of the Universe is a 1980’s animated series spanning 130 episodes. The series follows the hero, He-man and his friends. The heroic warriors fight an endless battle against the evil forces of Skeletor.

So that we don’t retread the same information, this article serves as a base camp. It details attributes of the series, its history, and the planet Eternia. Individual writeups may reference specific locations and more in this article.

This article holds links to all published writeups for this He-man and the Masters of the Universe series. Plus a link to the equivalent “base camp” article for She-Ra: Princess of Power.

All articles are based only on the Filmation animated series. As seen throughout the He-man and She-Ra series (1983 – 1987).

These link to individual profiles and articles as they get published.

A time before recorded history

Billions of years ago, an explosion created the universe that is home to the planet Eternia. At Eternia’s core was a small leftover piece of that explosion, the Star Seed. The very energy that set the stars burning and the planets spinning. It rested at Eternia’s center until modern times when He-man retrieved it. He-man handed it over to the Cosmic Enforcer, Zodak.

A powerful being of pure energy called the Energy Beast was also created during the planet’s formation. For millions of years it was imprisoned at Eternia’s molten center. During a prehistoric volcanic eruption, which formed Mount Eternia, the creature escaped to the surface. The beast terrorized early Eternians until they learned how to imprison its terrible power.

The home planet, Eternia, is located directly at the center of the universe. Eternia is known for its mix of science and magic. Rocket ships and advanced technology alongside wizards, swords, and ancient technologies. The planet is home to ancient ruins, vast unexplored regions, its myriad diverse races, and savage creatures lying in wait. Caverns run under all of Eternia.

Eternia has a dark side where many evils live (The Great Books Mystery).

Out of Eternia’s past are many myths and legends. Most turn out to be true. The Ancient Archives among others only record back to the building of Castle Grayskull.

There are many ruins of ancient civilizations dotting the globe. What happened to those civilizations? There are only hints of a Great War. 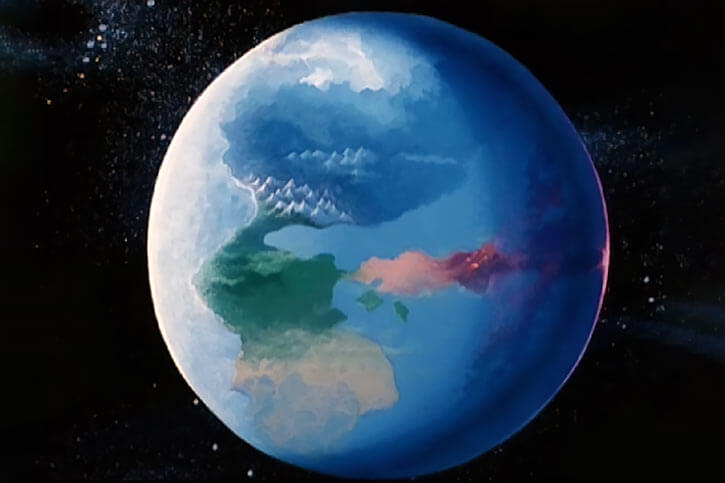 Twin moons orbit Eternia. One moon of light the other of darkness, both colonized 20 years ago.

Professor Orion is the leader of the light moon’s people. They created an artificial atmosphere and agriculture has thrived.

The moon of darkness is in a geo-synchronous orbit over Skeletor’s domain. It is controlled by King Barbo, a barbaric warrior. The last two years has seen a technological wonder, a mirror system to direct sunlight to the dark moon. This system is the basis of continued peace between the peoples of each moon (The Shadow of Skeletor).

There was a war with orcs, that saw many human soldiers dead or disabled (Double Edged Sword).

King Randor is king of Eternia. His family has held power there for generations. The Royal Palace is the strongest kingdom in Eternia. With outposts dotting the entire globe.

Yet, the world is still factioned. There are many kingdoms, tribes, and peoples. All separated by distance, dangerous landscapes, and beliefs.

About the series, toys, and producers

Mattel produced a toy line for the characters. Many times, the toys were made first, so vehicles and equipment in the show looked identical to what was sold in stores. These were incorporated into Filmation’s animated series.

The common formula was to have static characters within a static backdrop. A problem would be presented, and the characters would spend the episode solving it. By the end, all would return to normal. This way, audience members could pick up any show in the series without needing to know what occurred in earlier episodes.

The show was the first animated series to be produced for a five day a week run. This intense schedule meant the Filmation team had to be inventive. 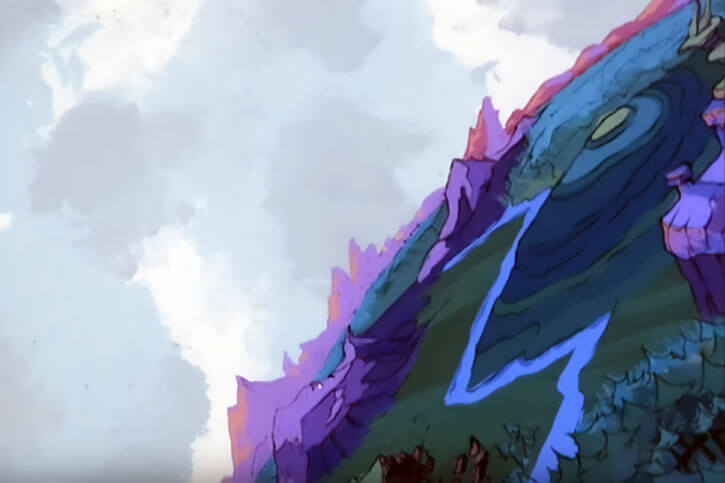 The animators used a technique called “same as”. For instance, if a character was animated climbing a wall. Another character could easily be overlaid into the exact same position and motion as the original..

This technique allowed production to go much quicker. It had its drawbacks too. Heights of characters, for example, can’t be easily known just by comparing characters side by side in a frame.

Another idea was to flip frames over if they wanted a character facing the other direction. So, a character may hold their sword with either his left or right hand interchangeably.

All characters at times may break the barrier between themselves and the TV audience. Of course, during the moral at the end of each show but also at times during an episode. A character, usually He-man or Orko, will look at the camera and say or do something obviously intended for the audience.

The Special Skeletor’s Revenge was ran to promote the final batch of He-man episodes. Much of its dialog was aimed at the audience.

The He-man and the Masters of the Universe “bible” has all the rules for the show. It had the background for all characters. What their powers are. How they are related to one another. And how pro-social values would be built in.

These established rules were also supposed to be used for marketing the toys. Filmation demanded total creative control over the series. As the series became successful, Mattel demanded more and more characters and accessories, and on it goes.

Some producers cared more about moving a specific plot along than sticking with continuity. Along with this, with any long running series, mistakes happen. So, there are occasional inconsistencies.

A moral at the end of each episode targeted children instructing them with good advice like “say no to drugs” or “give your parent a hug to show you love them.”

New characters were introduced as the series progressed. In their debut, most displayed better skills and over-all competencies than they would in later appearances. 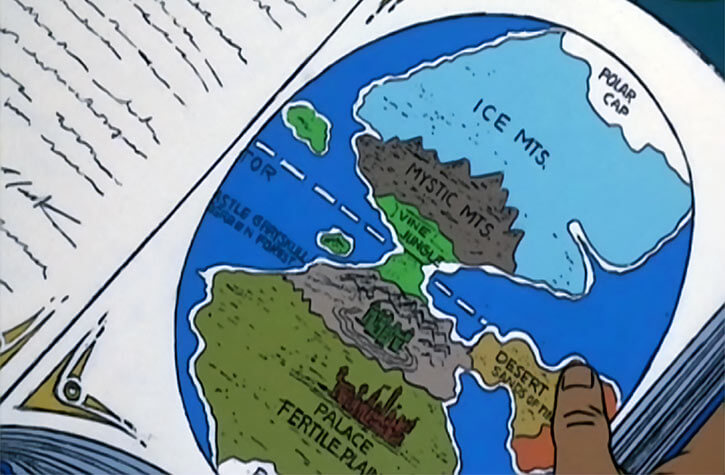 Characters in He-man and the Masters of the Universe and She-Ra Princess of Power are extra adept at disguise. They can fool even intelligent and perceptive individuals. While operating in their own genre all disguise attempts gain a +1 C.S. bonus to AV/EV.

The No-prize Hypothesis  for this is that there are so many different-looking humanoids on Eternia. The individual Eternian wouldn’t think it odd if someone looked a little strange.

Masters of the very big Push

Only He-man and She-Ra may invoke a special Genre rule. Allowing them to increase APs by Pushing or HP expenditure up to X3 their normal level (instead of the usual X2) once per scenario. This reflects how these characters would pull some stunt beyond their normal abilities.

During the Jacob and the Widgets episode, He-man pushes one of Eternia’s moons out of orbit. She-Ra repeated this feat twice in her own series – Bow’s Farewell and Swifty’s Baby.

In space, they can hear you breathe

There was at least one episode (Assault on the hive) where, like a Hanna-Barbera cartoon, it seemed there was air and atmospheric pressure in outer space. By default, everybody in the universe had infinite “Sealed Systems”.

This was counter to many other episodes where characters put on a helmet or used space craft.

Most villains in this children’s show lack credibility. Therefore, known villains (except for Skeletor) have their EV capped at 03 APs when doing Character Interaction.

After all, everyone (especially other evil characters) knows that they are untrustworthy and defeat-prone !

In the Masters of the Universe series there are wealthy Kings as well as poor farmers. Skeletor mentions paying with silver. The location of treasure is incentive for quests.

In general, the good-aligned people are wealthier than the evil. It’s the opposite in Etheria where the Horde rules. The good have greater technology and overall quality of life. Most wealth is accumulated into the many kingdoms or lost to time. While individuals would have very low Wealth scores.

Still, nailing down values for individuals is quite difficult. The topic is not touched on except in a broad sense. 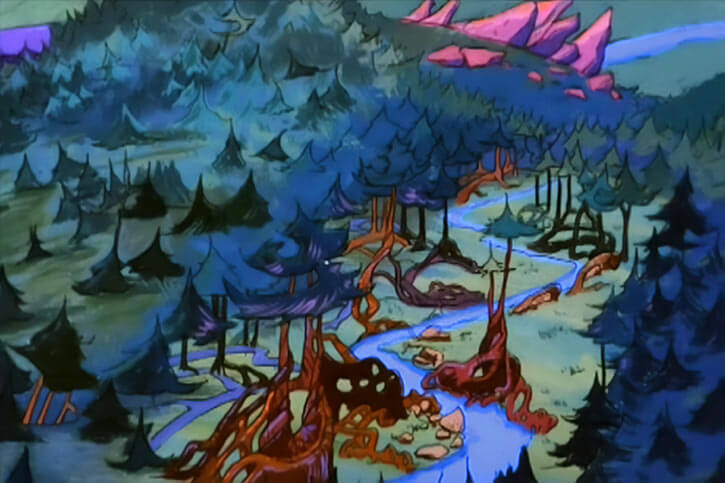 In many episodes new materials were introduced. Often stated they are the strongest or most powerful in the universe. Body assigned for some materials are based on He-man interacting with them. Here is a sampling: 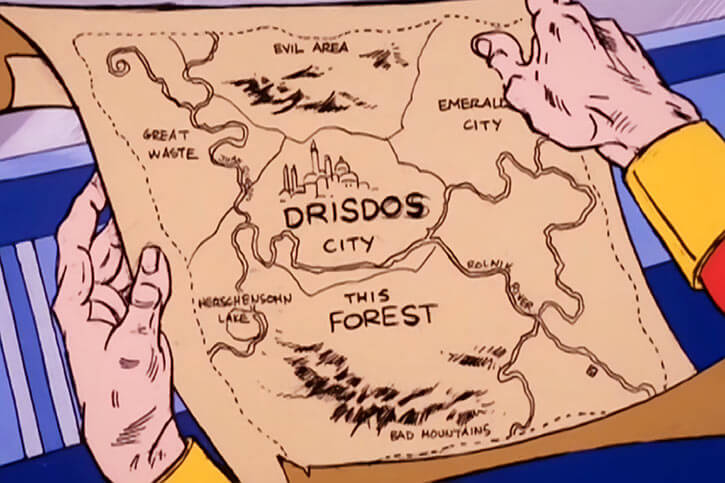 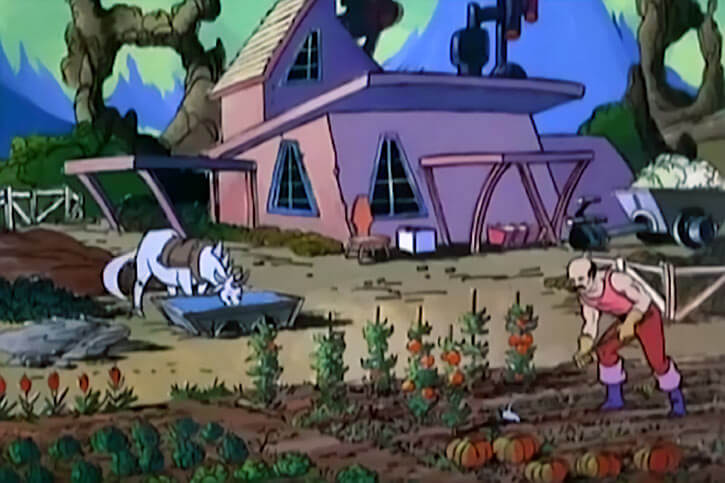 Dimensions, planets, and other universes

Masters of the Universe History

Eternia proper would make a fantastic backdrop for a Role-Playing campaign. My suggestion would be to remove the three most powerful characters, He-man, Skeletor, and the Sorceress. Then, fill those vacuums with existing characters or player characters.

Down the road in the campaign as players are getting comfortable; the GM could have the Horde try to conquer Eternia again.

Source of Character: Filmation Presents 1983/1984 animated series He-Man and the Masters of the Universe, the 1985 movie The Secret of the Sword, the 1985 movie He-man and She-Ra Christmas Special, the 1986 Skeletor’s Revenge, The 1983 He-man: The Greatest Adventures of All, The 2017 The Power of Grayskull: The definitive History of He-man and the Masters of the Universe, He-man and She-Ra: A complete guide to the animated series.

He-Man and She-Ra: A Complete Guide to the Classic Animated Adventures
Advertisement