This article presents primarily game stats for some of the more prominent peoples of Eternia.

For an introduction to the world of He-man and the Masters of the Universe see our “base camp” article.

There are many sapient  species across the landscape of Eternia.

There are subterranean races, fire people, goblins, trolls, Avions, Bee People, Reptons, Reptile men, the insect people, the Baleots, and many others. Eternia is a planet full of life and conflict!

Each one has some degree of magic.

While technology levels vary, practically all Eternians are learned in the use of melee weapons.

There are also unique individuals. These aren’t members of any of Eternia’s races but are born with strange powers and abilities. Beast-Man, Moss-Man, or Mer-Man are examples.

On Eternia, humans are the most wide-spread and prevalent race. Kings or elders run each human society.

We also know of the Sylcons, one of many extinct civilizations who existed in Eternia’s ancient past (episode: “The Time Wheel”).

Many species have ties to named  characters. For more context on an individual Eternian race, check out the character associated with them:

Here are stats for a generic individuals.

Aka the bird people. These soldiers take orders from Stratos.

The average bird-person isn’t gray-skinned like Stratos. They look much more like humans with feathers on their arms.

A typical Avion is a 127 points Character (without Equipment).

Advantages:
Expertise (related to their job).

Drawbacks:
Power Loss: (Rare) Flight drops to 00 APs after a few days away from the Egg of Avion.

Equipment:
Avion soldiers use non-lethal weapons. Here are some examples: 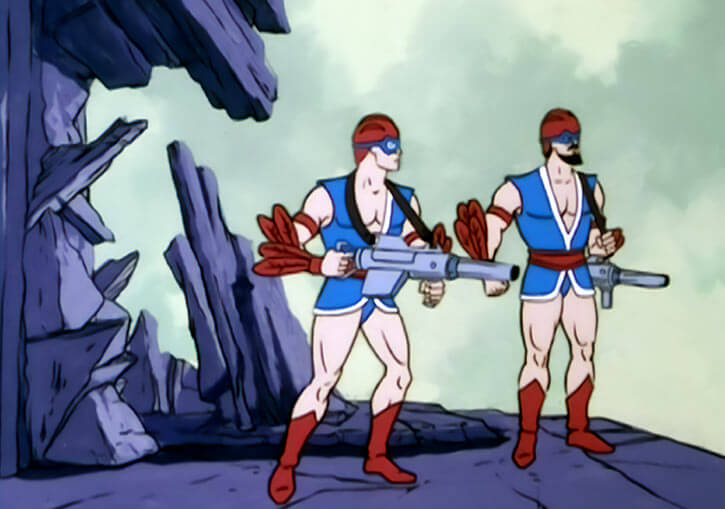 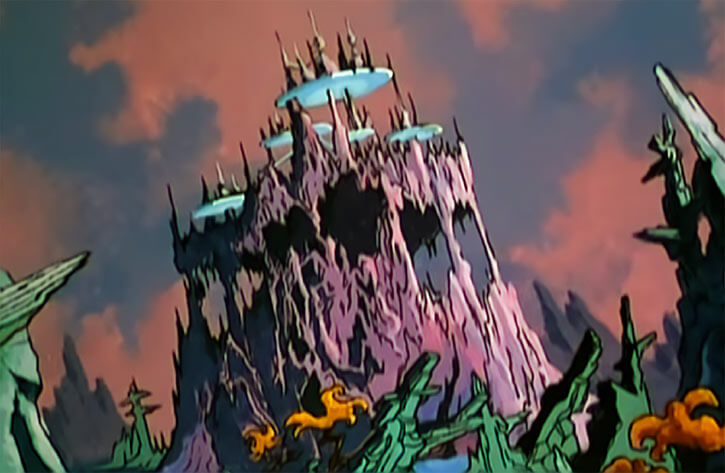 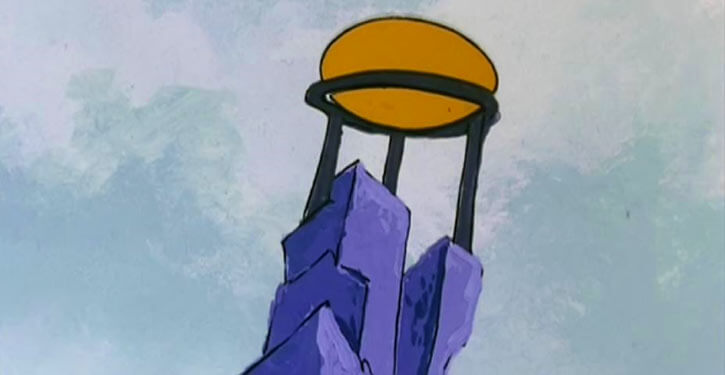 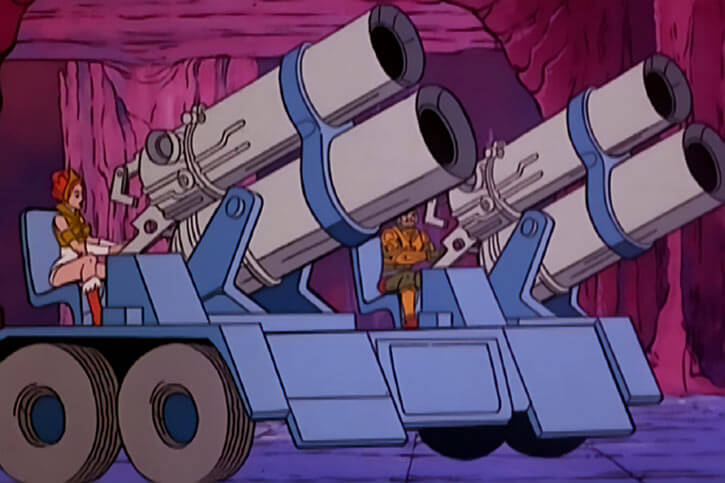 The Bee People appear as hairless humanoids with wings. Their clothing is brown with yellow stripes. Leaders wear helmets. They have light blue bug-eyes and hands like lobster claws.

The Bee people make their own honey and store it, a year supply at a time. They subsist on honey alone.

A typical bee person is a 119 points Character (without Equipment and Rank Advantage). 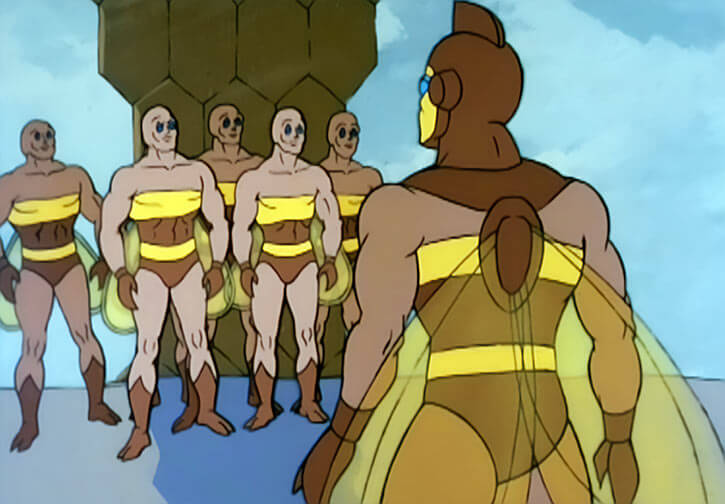 A pair of capable fish-men only appeared once as Mer-Man’s minions (episode: “Teela’s Quest”). They emit chirping sounds, like those of many crickets.

A typical fish-man is a 169 points Character.

Tan to light-purple skinned humanoids. Their warriors use all manner of weapons and ride thunder lizards.

A typical goblins is a 100 points Character (without equipment).

Equipment: (All this equipment appears in the episode: “The Arena”). 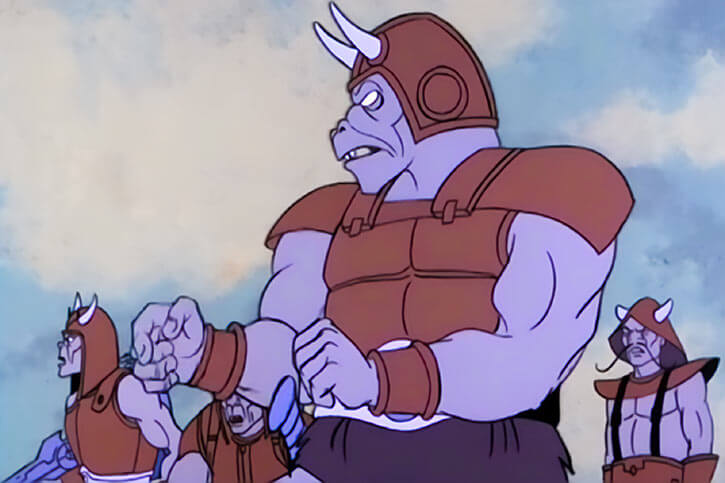 Bonuses and Limitations:
Growth is Always On, Form Function, and already factored into stats (-1 FC). 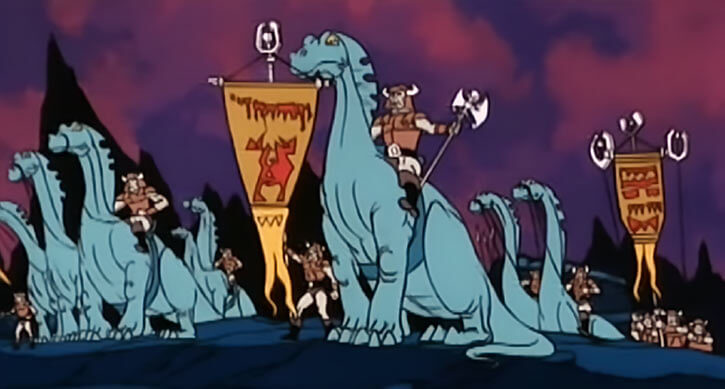 The insect people in their original humanoid bug forms lived underground. They were very limited in technology. They acted like a superstitious tribe watching for omens and signs.

Their main goal was to protect the eggs of their next generation. Insect people hatch a new brood only once every 50 years.

Garth became their leader when he transformed into his new butterfly-human form. Today, none are in the original form.

After transforming, they moved above ground. They built domed adobe houses at the base of Rose Mountain.

A typical insect person in butterfly form is a 136 points Character. 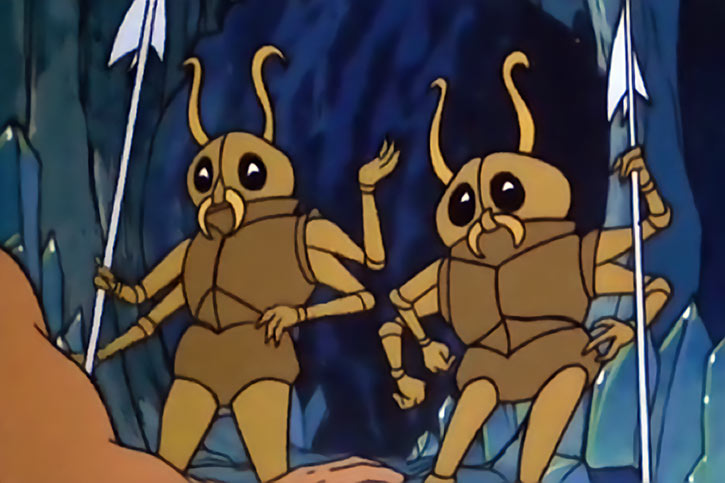 Original form of the Insect People.

Most of the Insect people didn’t metamorphosis into a full butterfly person. They are a mix of both forms. They have lost the four arms, left with only two. They don’t have wings.

These act like your standard humans. Living above ground in houses, learning about local legends, wearing clothes and armor. Statistics can mirror standard humans’ now. About 1 in 50 have become the Butterfly form.

A typical insect person in intermediary form is a 167 points Character (without equipment). 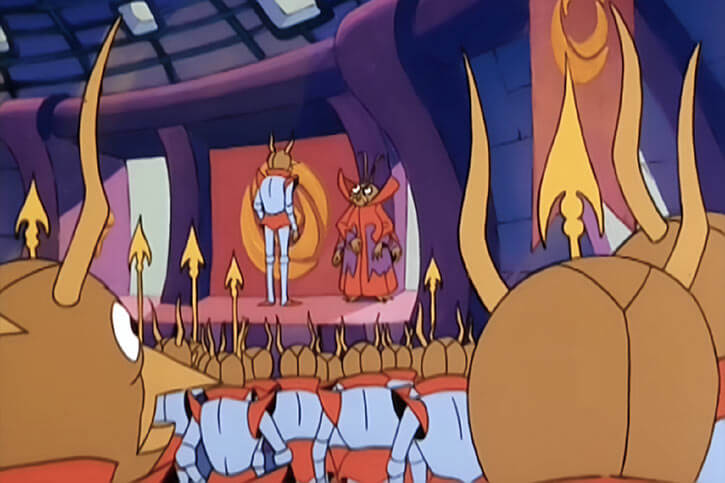 A diminutive barbarian tribe. They live in underground caverns, using energy weapons and spears to make up for their reach. The only armor they wear is a steel helm. They go bare-chested otherwise.

Molkrom was their engine of destruction. With him, the Torgs were invincible. But the Elders trapped him in a crystal.

Skeletor once freed Molkrom using the Staff of Avion. He-man and the heroic warriors have since imprisoned him again in crystal.

A typical Torg is a 120 points Character.

Bonuses and Limitations:
Shrinking is Always On, Form Function, and already factored in (-1 FC). 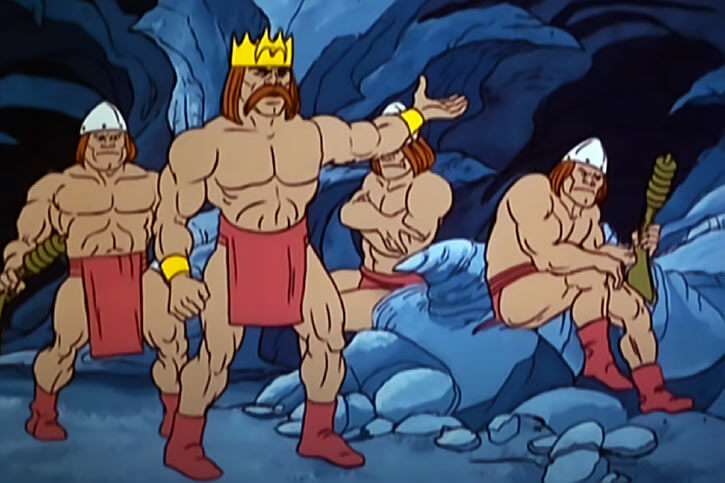 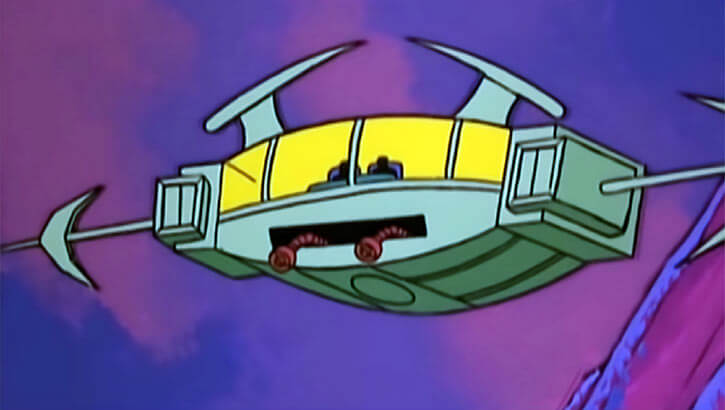 The diminutive widgets resemble gnomes. They mine the only Corodite vein in Eternia.

Their mayor is Jacob, a human fisherman (episode: “Jacob and the Widgets”). They live in the Widget Fortress. They know the forest like they know their own minds.

Widget names: Kando, Squinch, Biro, Smudge, and Lara. When in great danger they use the “Widget Signal”. It’s a firework that shoots up and displays He-man’s chest piece in the sky.

A typical widget is a 112 points Character (without Equipment).

Bonuses and Limitations:
Shrinking is always on, innate, and already factored in (-1 FC). 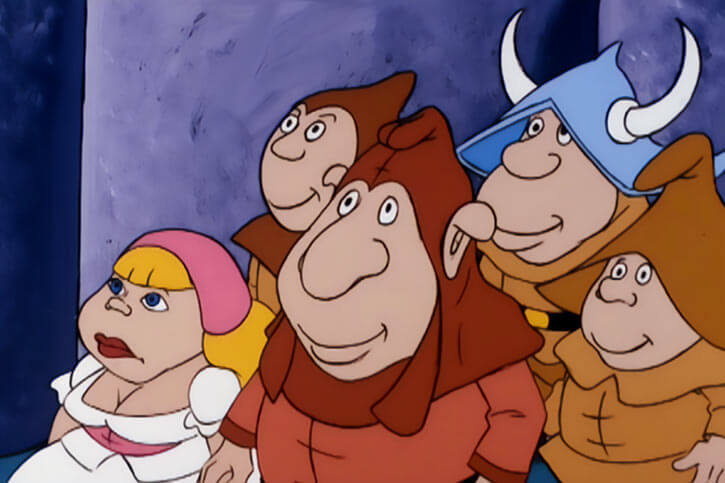 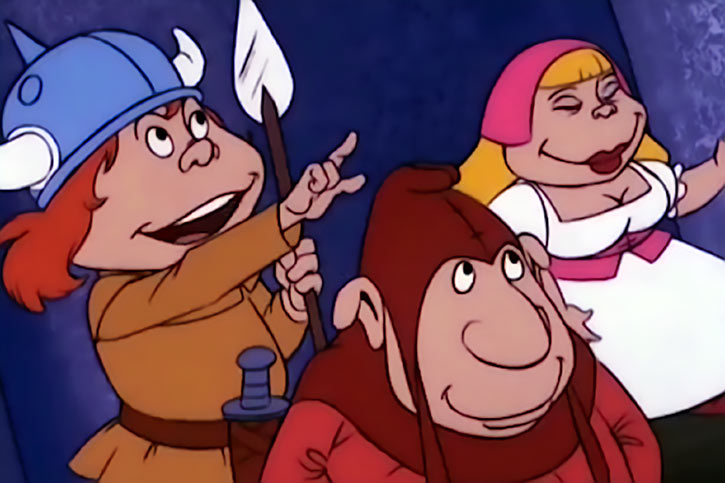 Source of Character: Filmation’s 1983/1984 animated series /He-Man and the Masters of the Universe/ 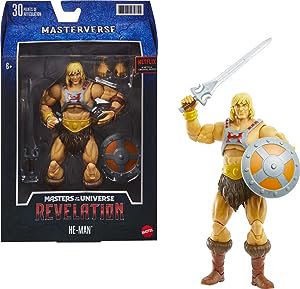 The newer action figures, since the point of the shows always was to sell those. 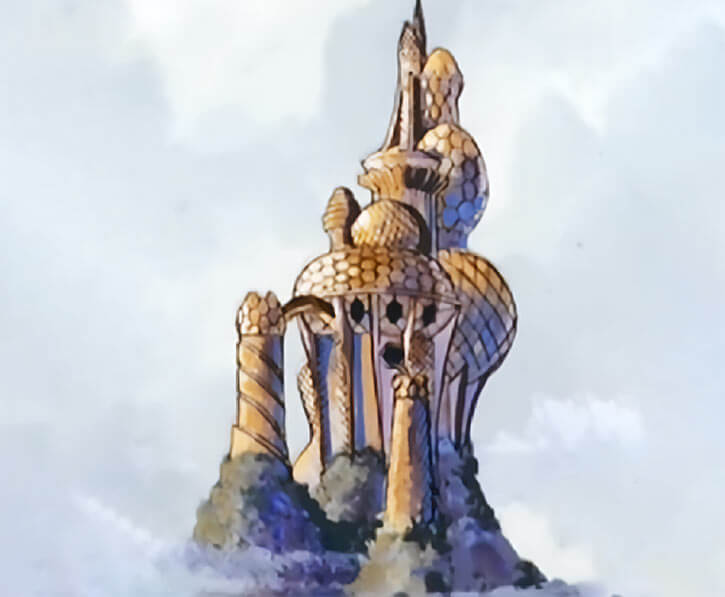 Palace of the Bee people. 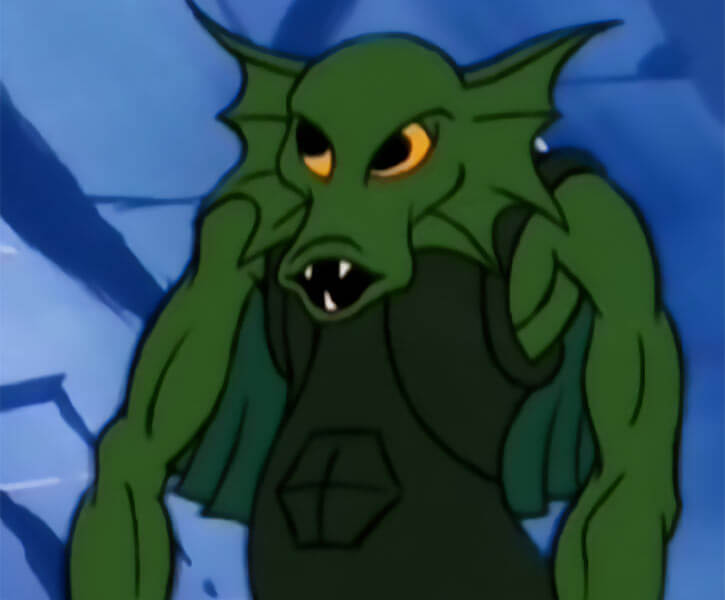