Essentially a modern-day gladiator, he appeared in a 2006 Daredevil storyline.

A highly skilled swordsman, Juan has proved a threat to Daredevil (Matt Murdock) while armed.

He’s also a skilled showman as a matador.

Juan has claimed to be an orphan, but also has memories of his mother working at a chocolate factory.

Acclaimed as Spain’s finest torero, he was first seen at an exclusive illegal fight run by Monaco crime lord Tybold Lucca. There, he faced a pair of lions.

He’d actually been hired by Vanessa Fisk as part of a plan against Daredevil (Matt Murdock). Murdock was attending in disguise as he hunted Mr. Lucca’s lawyer, Anton Lennox.

After the fight, Juan killed Mr. Lucca in front of his guests. He then pretended to try kidnapping Lucca’s daughter, Lily. Daredevil’s intervention gave Lily the chance to escape with Mr. Lennox. Daredevil got the upper hand in the fight, but Juan had armed support who forced the hero to flee.

Juan was actually working with Lily, and was also her lover. Teamed with Tombstone, Juan pretended to hold Lily – who’d killed Lennox – hostage. Then they waited for Daredevil to rescue her. 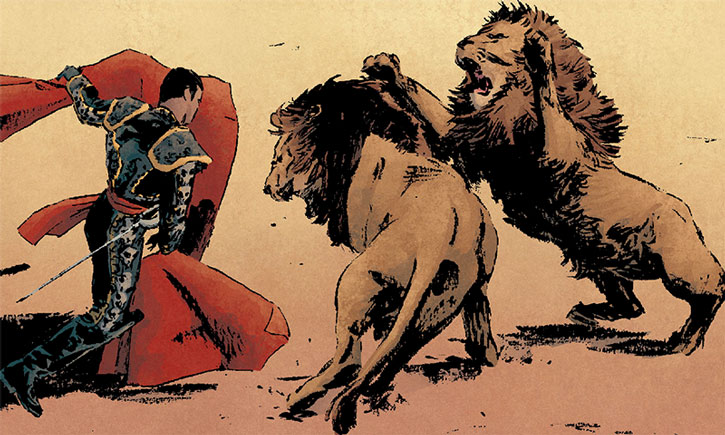 Daredevil knew it was a trap, and that Lily was working with them. He turned the trap against them, and it ended up with Juan holding a sword to Lily’s throat. Juan had orders to kill her, since she’d been dosed with a pheromone which allowed her to influence men. Murdock wasn’t the only one it’d worked on though, and Juan found himself unable to kill her.

He was knocked out and left by Daredevil.

While even-tempered and professional, Juan can’t help showing off. He enjoys challenges, and facing off against capable opponents.

He was severely shaken by the effects of the pheromone Lily used. These left him lovesick and distraught at the thought he might have hurt her. Given Daredevil’s reactions to the pheromone, Juan probably recovered from the effect when away from her.

“You’re as good as they say. I hope we meet again… and soon.” 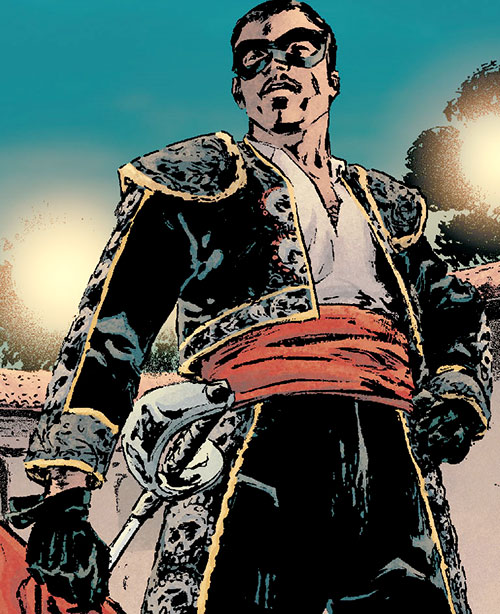