Matrix has no super powers, just the skills of an elite hit man. He’s a superb shot and a better than average detective.

He also has a helper in the form of Billy Hicks. Hicks has a phenomenal ability to research any subject and come up with anything that anyone could conceivably find out about it. When Matrix gets in over his head, Hicks has a habit of suddenly appearing to provide him with a quick getaway in Billy’s car.

Someone who encounters him may justifiably suspect Matrix of being psychic. He has an uncanny way of knowing things about what people have done, are doing, or might do. However, this knowledge comes entirely from the City which is virtually omniscient concerning events on Earth, but doles out the information to Matrix sparingly.

Agent of the City In between

Matrix is at the beck and call of the inhabitants of the City. They will assign him to turn people aside from damnation. They can pluck their agent instantaneously from Earth for meetings, usually when you are passing through a door. They can return the agent after the conversation is over with no time having passed.

They know or can find out anything about the past, present and possible futures of any mortal on Earth. They will dole out this information to their Agent. However, they are sparing with this information. They tell the Agent the minimum he needs to get started, and only give him some further hints if it looks like he’s spinning his wheels.

It is possible that there IS no City In Between, that it is all a delusion that Matrix is experiencing as a result of his guilt and brain trauma. If that is the case then Matrix is a psychic. His DC Heroes Powers would be:

All of his powers would be Elementally Linked and would have No Conscious Control. His visions take the form of visits to the City, and Fabricate covers the occasional object he removes from the city.

In either case, it basically boils down to the GM dropping some hints to get things started and keep things going. In either case, he registers on Magic Sense as being “Touched”.

Steven Matrix was a hitman until the day that someone came after him. She put a bullet in his brain. During his near-death experience, he found himself spiritually transported into the City In Between. This is a limbo  for people who don’t quite qualify for Heaven or Hell.

In actuality, Matrix was amply qualified for Hell. Yet the inhabitants of the City had decided to intervene, offer him a second chance at life and redemption, and through him work their own ways out of purgatory. Having been shown the alternative, Matrix accepted.

Restored to life in the hospital, Matrix returned to the legitimate side of his life as a businessman. But he suffered regular interruptions as his new employers would suddenly grab him into their dimension, to give him assignments, each in their own eccentric way.

Missions of mercy (sort of)

His assignments have included:

Often Matrix falls into the mistake of assuming that his primary role is to save the victim, since there is usually a murder plot. However the City In Between cares more about saving people from damning themselves than it does about whether innocent victims die.

Matrix is played by the actor, Nick Mancuso. As Matrix, Mancuso dresses expensively and tastefully with a fondness for long coats.

Matrix is a cold fish. He goes about the task of saving someone’s soul with the same detached, methodical, but somehow intense demeanor that he used to use for his contract killings.

His motives and methods are often incomprehensible. He’ll suddenly appear in your life, investigating you, knowing things about you that nobody could know, turn you aside from a foolish and self destructive course, then leave without revealing why, or even if, he cared.

“Sometimes, you become what you hate.”

Perhaps Matrix showed up to save the killer of the Flying Graysons from Dick, in order to keep Nightwing from becoming a supervillain.

Or he might have acted to keep a small-time snitch from revealing a chance-discovered secret identity to a hero’s arch enemy. He’s that kind of plot device. 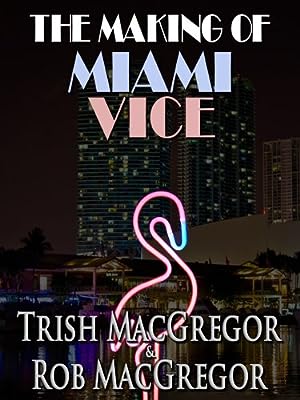 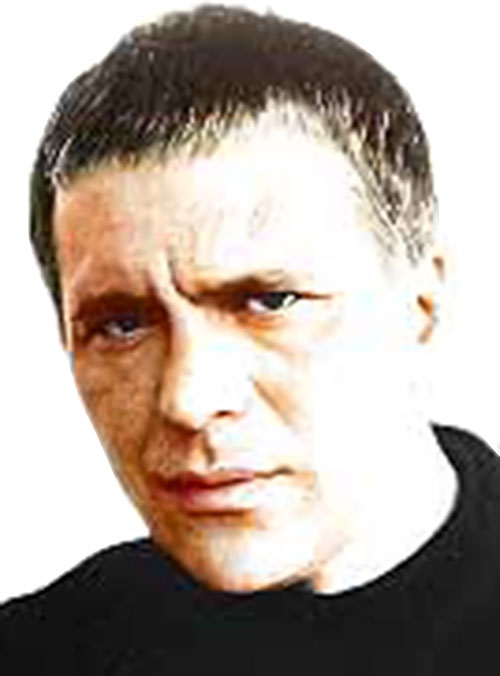