Though the season was very strong, the show is widely considered to have then sadly disappeared up its own derrière.

Matt’s Mind Probe starts as only the ability to hear thoughts. Initially this is overwhelming. However, he eventually learns to tune out thoughts like we tune out background noise. The noise is still there, though.

Since his ability to read minds is almost auditory in nature, he “hears” their “inner monologue” including the languages they speak (think) in. Also, if someone thinks at him it “sounds” louder in his head and can equate to yelling.

Matt sometimes performs a trick where he uses his Mind Probe to substitute for his Charisma. This is done by listening to people’s thoughts and telling them what they want to hear. Unfortunately for Matt, any failure of this technique seems to backfire hard. In DC Heroes RPG terms, that can degrade the target’s attitude by one step on the interaction chart.

Matt Parkman, an LA police officer begins hearing thoughts that aren’t his own. At first, others are skeptical about his outrageous claims. Particularly as he is the only one who can discover a little girl hidden in a house full of FBI agents investigating the mysterious serial killer known only as “Sylar.”

But, having abilities beyond his control leads to unexpected consequences. For instance, he discovered that his wife was having an affair with his ex-partner. And while helping the FBI track down Sylar, he came to realize there is an organization that abducted him and possibly is the source of his powers.

Parkman becomes torn between trying to salvage his marriage, his own ambitions to be a detective and his urge to discover the source of his abilities. That leads him on a quest to discover the secrets of Primatech Paper and The Company it hides.

“Ted, I know what you’re going through ! Come on Ted, you’ve seen what I can do ! OK ? Something is happening to me too ! I could hear your wife’s dying thoughts. We’re just trying to understand what it is, Ted.”

“Up until now, I haven’t told anyone, not even my wife ; and now I can’t stop hearing people’s thoughts. It’s painful. I’m hearing things I should not be hearing… things that could ruin lives… things… that could end marriages.” 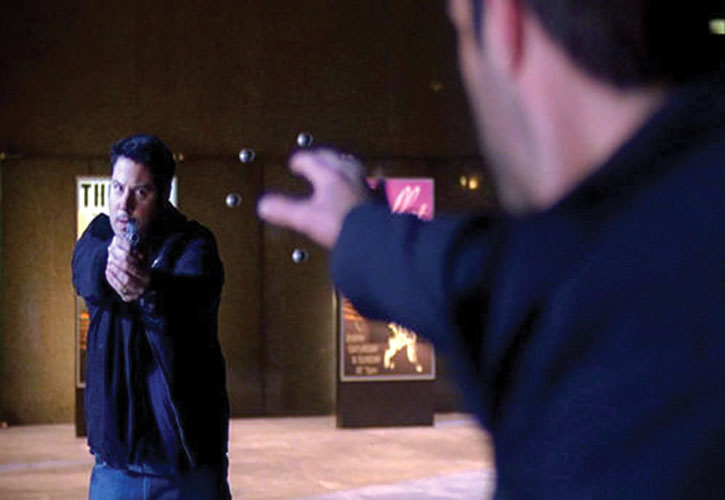 “This son of a bitch is thinking in Japanese !”

Matt: “This is that sera from that great place in the Sonoma valley. Remember we went there a million years ago and you’ve been thinking about going back ?”
Janice: “How do you know that ?”
Matt: “…and… um… porter house steaks from Mickey’s that you craved, and I’m going to pretend that I’ve cooked for you tonight. OH ! And !”
[plays music]
Janice: “I’ve had that song in my head for days !”
Matt: “Oooh I know.”
Janice: “I don’t know what to say.”
Matt: “How about uh… ‘pass the salad‘ ?”

Audrey: “You’re an idiot, Parkman, you know that ?!”
Matt: “Good morning to you, too.”
Audrey: “Did you think I wouldn’t find out about you assaulting a fellow officer ?”
Matt: “I didn’t assault him ! I just… hit him.”

Matt left the LAPD under suspension and heads to Gotham or Metropolis, where he reapplies for the police force and makes Detective. Quickly discovering the secret identities of local vigilantes, he leverages this into a special position as a liaison of the police with the varying vigilantes of the city.

Matt Parkman, “the cop who can hear thoughts”

Bonuses and Limitations:
Charisma is powered and contingent on Mind Probe. It is the result of Parkman listening to what people think they want to hear and giving it to them.

After reviewing a lot of the comments and comparing Matt to some of the other characters, I dropped his mental stats a bit. While it is probable that his mental abilities are a little higher by the second season, he makes some pretty bad decisions based on the information he has in the first season (which is where I’m focusing this write-up).

Also, his observations can usually be attributed to his Clue Analysis use of Detective or his power. He does seem fairly mentally tenacious but Iron Nerves helps simulate that nicely.

In ’Five Years Gone‘ we get to see what Matt will be like in the future. Matt has developed Detect (Lies): 08 contingent on his Mind Probe.

His skill with Mind Probe has increased such that he has lost his limitations to only hearing surface thoughts and memories, instead replacing them with the advantage that he can ’scan’ many memories at once to determine what’s there (rather than having to look for something specific).

He also has become a high ranking agent in Homeland Security. He is closely connected with the Hatian, and President Petrelli. Hiro and Peter have become his Enemies as they are now considered terrorists. Finally, he is a divorcee whose ex-wife and son are in hiding from his very department.

From the beginning of the second season, we see that some of this (the divorce and him starting to develop his abilities) is coming to pass. He also seems to have formed an alliance with Suresh and Bennet. 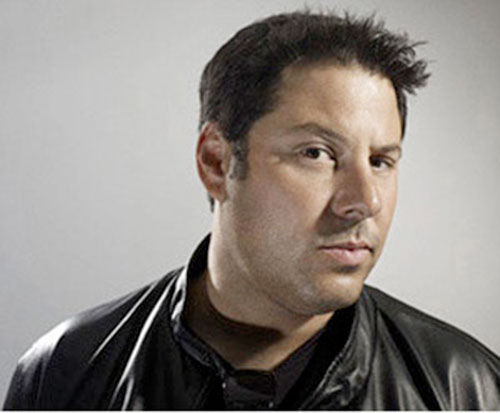 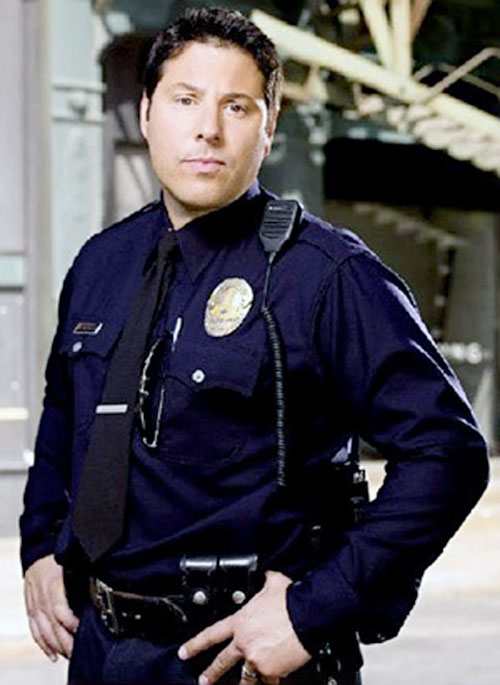 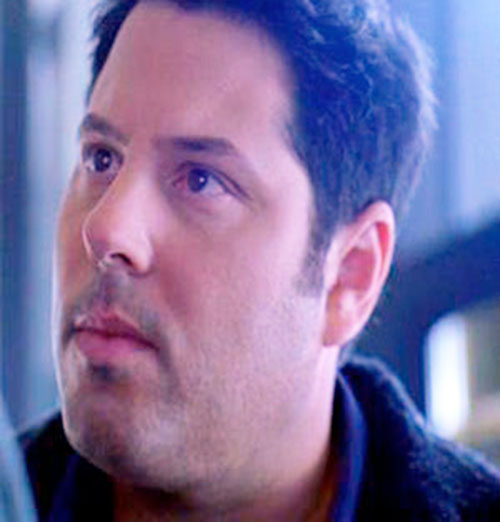 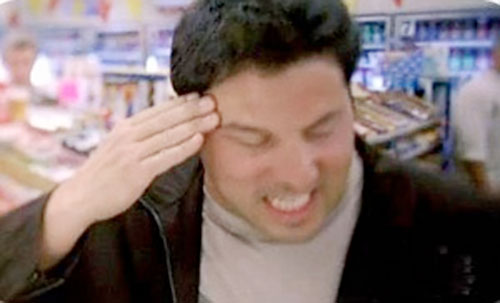 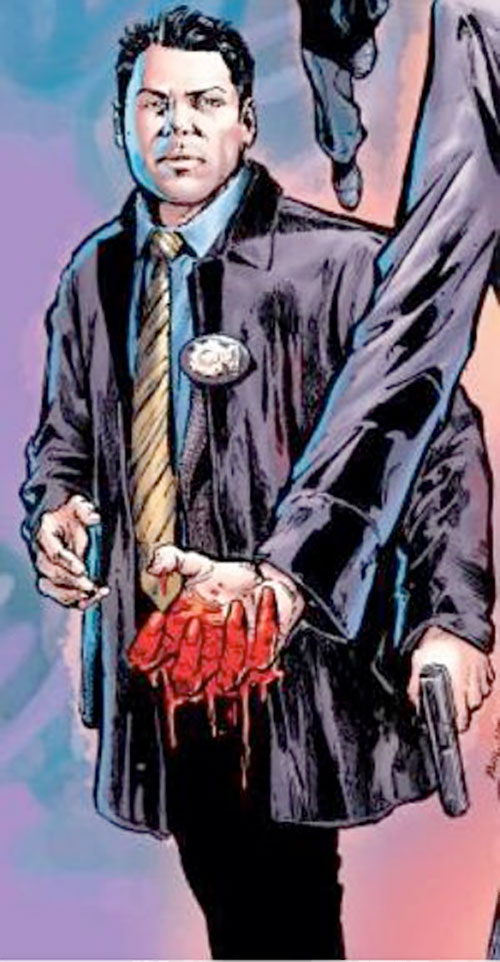 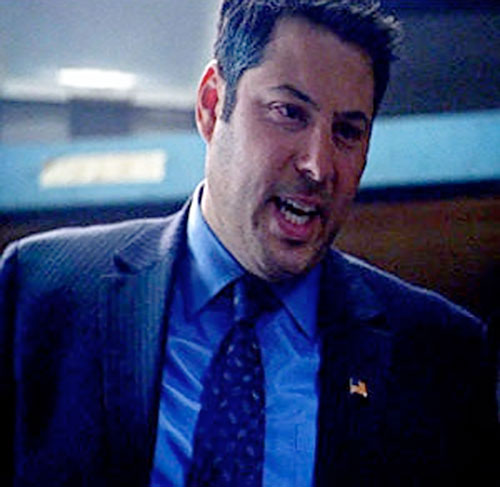