Maximus is a horse in his prime, a warhorse! He is slightly larger than the other horses in the Royal guard and his rider is the Captain of the Guard. Like his rider he demands the respect of those who follow him, be it horse or human.

Not only can Maximus understand humans but can pass on what he hears to other horses in a manner they can understand.

Maximus is the Head Horse of the Royal Palace Guard. After the Lost Princess’ Tiara was stolen by some no good thieves, Maximus went into action. He and his rider chased the bandits through the woods. Two were captured but one, Flynn Rider, evaded capture.

Maximus had trouble picking up Flynn’s trail after the fall they took. But he eventually followed him to a tavern, the Snuggly Duckling. There he discovered a hidden passage and was again on the criminal’s trail. Flynn had gained a new companion, Rapunzel. 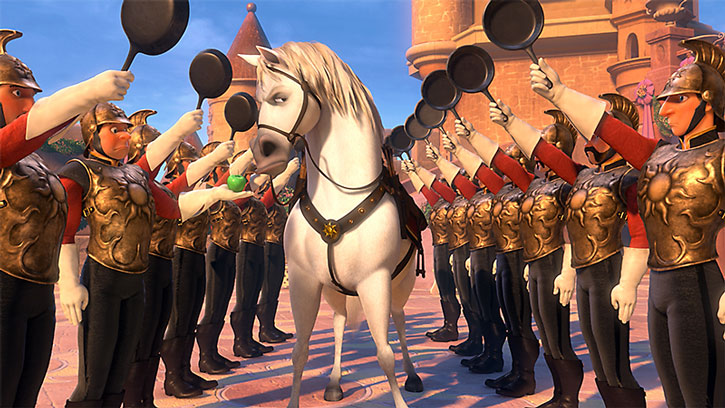 Maximus was intent on capturing them both. He led his human companions to the ledge of a cliff where Flynn dispatched all of them in melee combat. Unimpressed Maximus went into the fray, broadsword in his teeth!

Again, Rapunzel and Flynn found a way to escape him. But this time they were covered in flood waters and most likely drowned. However, Maximus is not the kind of horse to leave it to chance. He would continue his relentless pursuit, catching up to the duo again later.

Maximus is a large and strong white stallion. He is dressed in brown and red royal saddle and bridle with the Royal emblem emblazoned on them. His tail and mane are bound up.

Maximus is stern, taking his job seriously as head horse. When Flynn Rider takes the Lost Princess’ crown, Maximus takes it upon himself to track him down alone and unlike his human companions, he never quits. 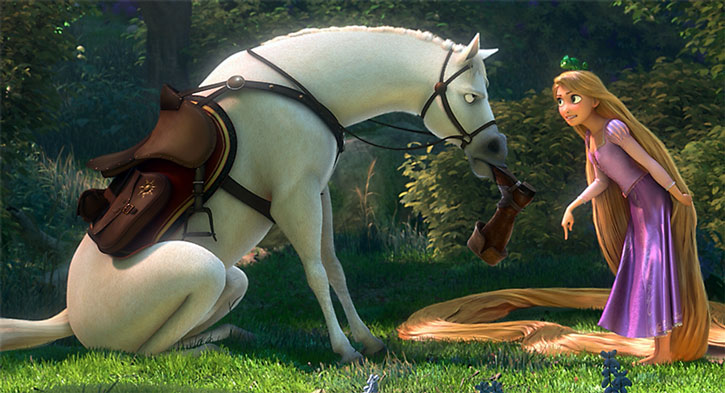 Maximus is one of the good guys and tries very hard to do the right thing. Maximus rarely lets his guard down to let others know any other side to him other than his being a soldier.

Maximus’ Rider: “Retrieve that satchel at any cost !”
The men: “Yes sir !”
Maximus: (Neighing the same command to the horses carrying those men)
The men’s horses: (Neighing in understanding.) 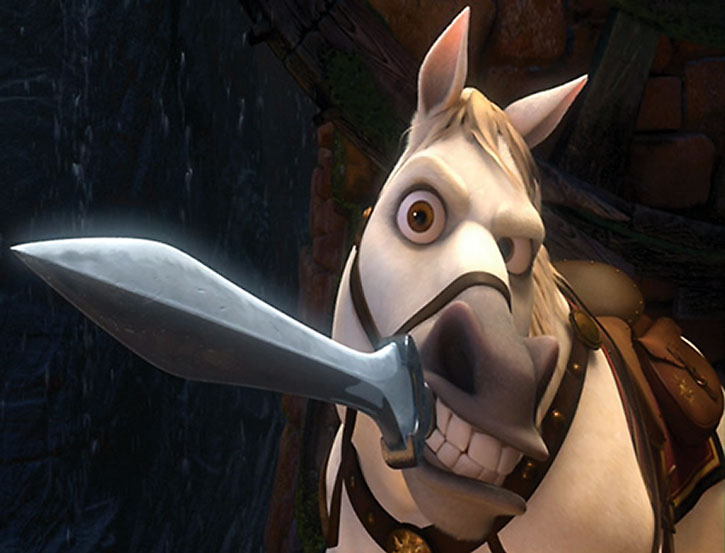 Rapunzel: “Ahhhh. You are such a good boy, heh, yes you are.”
(Maximus begins wagging his tail like a dog)
Rapunzel: “You’re all tired from chasing the bad man all over the place ?”
(Maximus sadly nods in agreement)
Flynn Rider: “Excuse me ?”
Rapunzel: “Nobody appreciates you do they ? Do they !?”
(Maximus drops his head as if to say ’No’)
Flynn Rider: “He’s a bad horse.”
Rapunzel: “Oh, he’s nothing but a big sweetheart.”
(Maximus neighs happily)
Rapunzel: “Isn’t that right, Maximus.”
Flynn Rider: “You have got to be kidding me.”

Flynn Rider: “Hey Max.” (Flynn tosses a bag of apples to Maximus, who looks accusingly at him.)
Flynn Rider: “What ? I bought them.”
(Satisfied, Maximus happily begins eating them)
Flynn Rider: “Most of them.”

Flynn Rider: “Thanks to Maximus, crime in the kingdom disappeared almost overnight; as did most of the apples.” 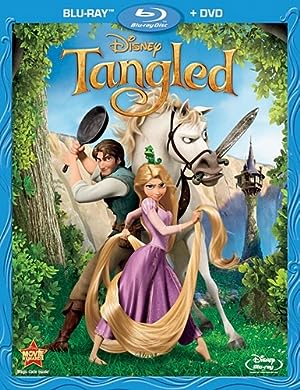 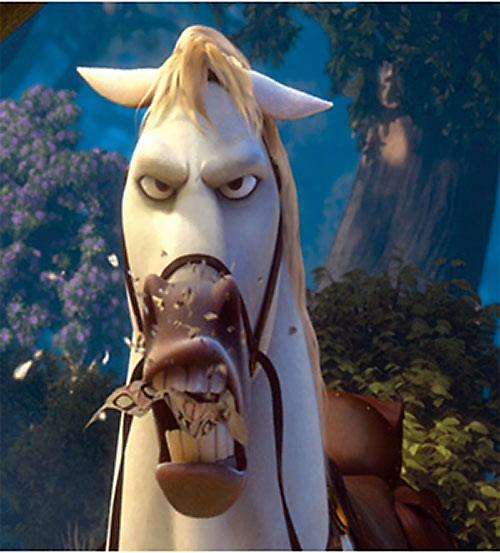 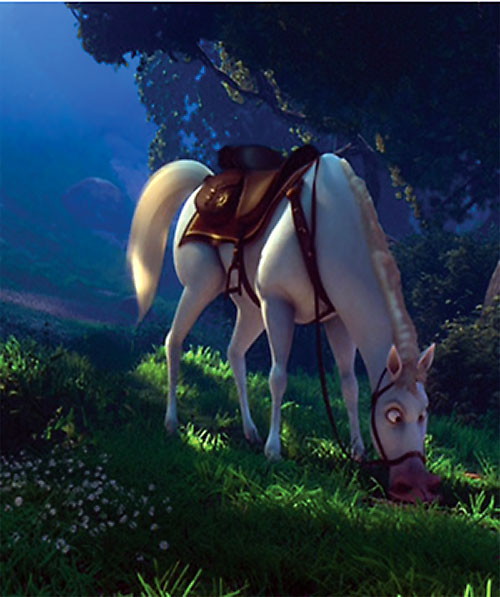 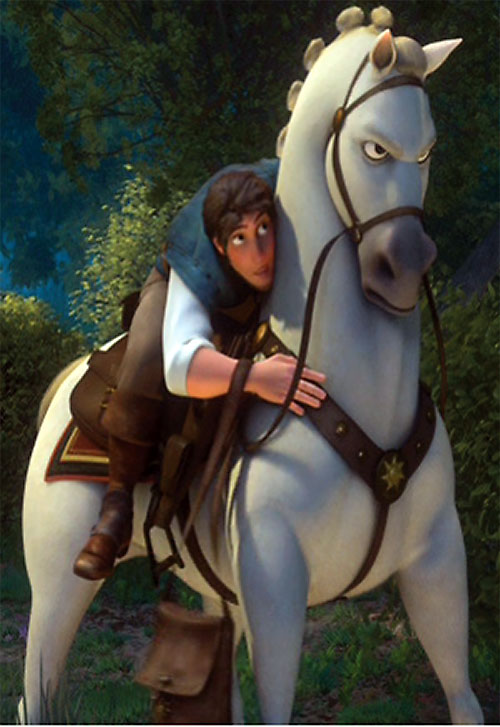 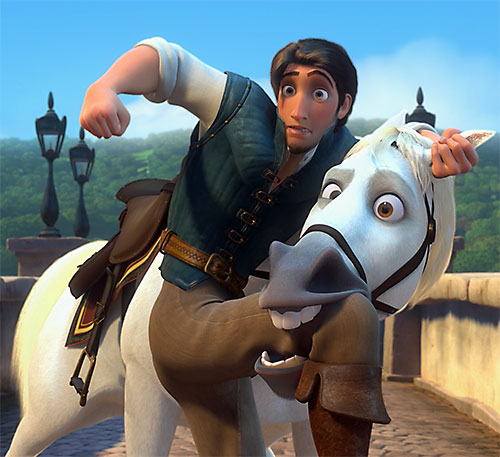