Dr. Hell planned to use these robots to take over the Earth. Thus, he ordered them to kill the rest of the expedition to keep his goals secret. But Kabuto escaped and returned to Japan.

Working at the Photon Research Institute Kabuto used a new element, Japanium, discovered in Mount Fuji. He combined that with a new form of energy, Photo-Atomic energy, to develop an incredibly strong Alloy Z. With this he then constructed a heavily armed giant robot of his own, dubbed… Mazinger Z! 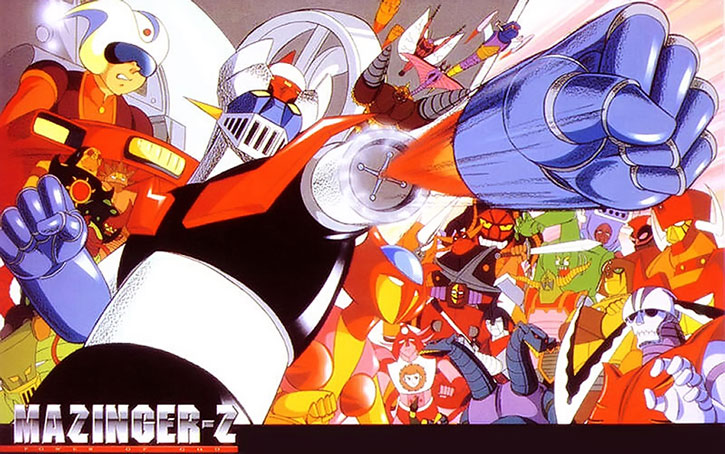 Dr. Hell sent his first assistant, Baron Ashura, to kill Dr. Kabuto. The attempt was a success. Yet Dr. Kabuto was able to inform his grandson, Koji, of Mazinger’s existence. Koji was to use Mazinger to combat Dr. Hell and his associates.

Koji went to the Dr. Yumi’s Energy Institute. Dr. Yumi was an assistant to Dr. Kabuto and had made a robot of his own called Aphrodite A. Aphrodite (and later Diana) was piloted by his daughter Sayaka. While it also had weapons, it was primarily a peacetime giant robot.

Dr. Hell responded to his new enemies by building his own female-bodied version of Mazinger, the Minerva X. At this point, the heroic robot started to show signs of having developed its own independent mind. It appeared to fall in love with its feminine foe. After being forced to kill Minerva to prevent it killing Sayaka and Diana, Mazinger went into mourning for its downed foe.

In spite of this, Mazinger Z was finally victorious over Dr. Hell.

The remains Kabuto and Hell discovered were, surely, of Atlantean origin. Perhaps related to the Millennium Giants.

Didn’t add STR to the Scrander as it can’t be used as Vehicle without Mazinger. Added some mental and mystical stats as, in the end, Mazinger started to develop some individual mind and was capable of feeling pity and love. 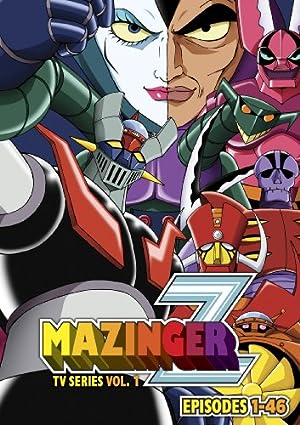