Mechagodzilla is an immense robotic superweapon constructed from “space titanium”. The robot is possesses the strength and durability fitting its size.

It is outfitted with a number of advanced weapon systems, including:

Rockets in its feet allow it limited flight. It also includes a magnetic force field activated by rotating its head at high speeds.

Technical illustration of Mechagodzilla. Click for a larger version of the entire picture.

Mechagodzilla was created by an alien race seeking to take over the planet Earth.

Originally, it gave them an avenue to attack Earth’s military forces without revealing their presence, leaving the blame to Godzilla. But after being confronted by the real Godzilla, it dropped this disguise and brought its full weaponry to bear.

Though it seriously injured Godzilla in their first conflict, later bouts with the King of Monsters have proven its weaknesses. The main two ones are:

Mechagodzilla (outside of its artificial skin) is a steely robot cast roughly in the form of Godzilla, with a smooth barrel chest ; squat, thick legs ; longer, thinner arms, and a short, immobile token “tail”.

Its head is more angular than Godzilla’s, and its nose more pointed, with gear-like teeth lining its jaws and featureless red “eyes”.

Mechagodzilla is a near-mindless robot, built only to destroy. It follows the will of its controllers absolutely, with no emotion or hesitation. It’s something of a 460’ tall Terminator. 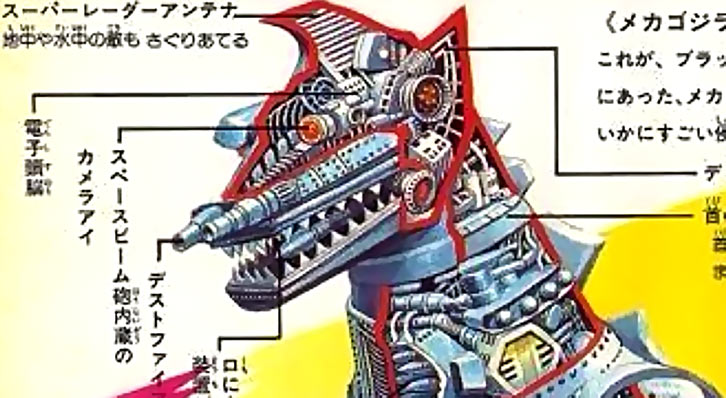 Technical illustration of Mechagodzilla’s inner systems. Click for a larger version of the entire picture.

In the DC Universe, Mechagodzilla could have similar origins to his movie, if you’re using Godzilla as well.

Otherwise, he may be the product of an inventor intentionally drawing from the Godzilla movies, in the same way the Creature Commandos were drawn from fiction.

In the Marvel Universe, it’s obvious you would have an Ultimo vs. Mechagozilla fight.

Advantages:
Iron Nerves, Lightning Reflexes, Misc: Mechagodzilla is a robot, with no need to eat, breathe, or sleep.

Drawbacks:
Strange Appearance, Uncertainty, Attack Vulnerability: -2 CS vs. Grappling attacks, Misc: Damage to Mechagodzilla must be repaired as if it were a Gadget.

These stats are roughly scaled to with Kevin’s Godzilla, except that it assumes Godzilla has 18 APs of Growth instead of 15

Source of Character: Godzilla vs. the cosmic monster, Toho Studios. 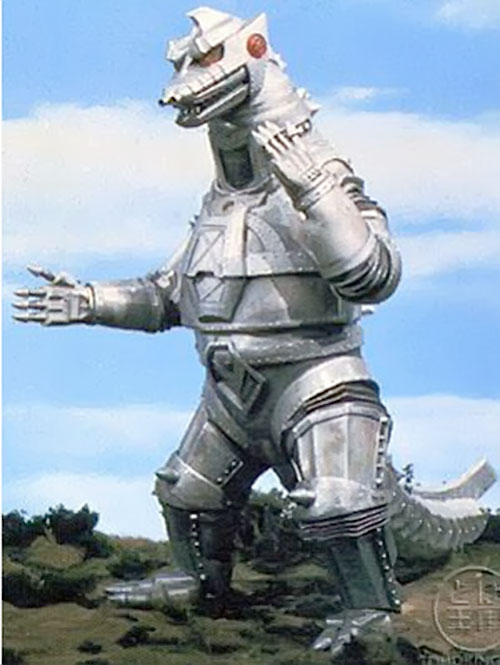 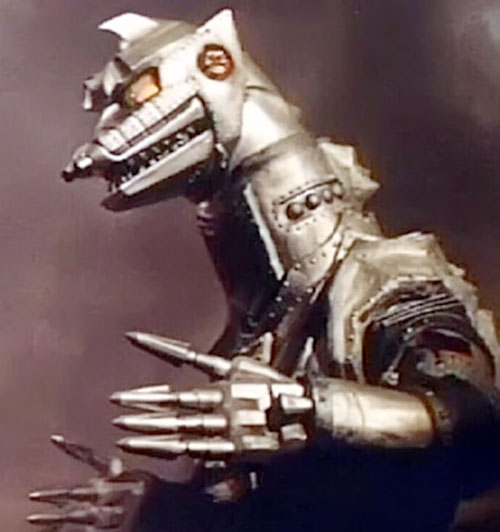 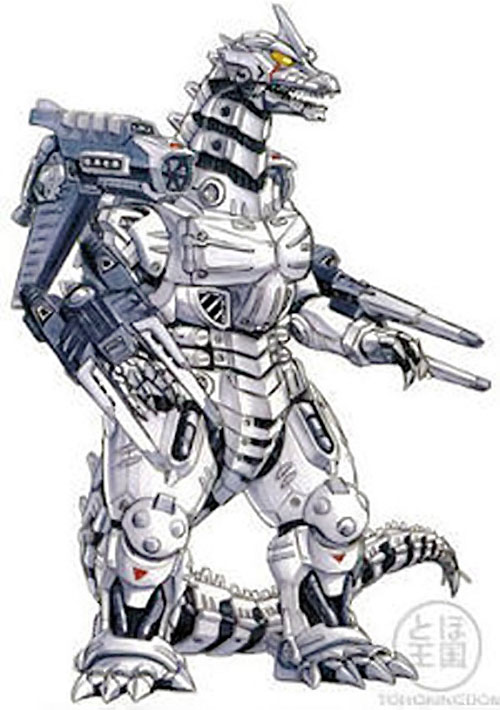 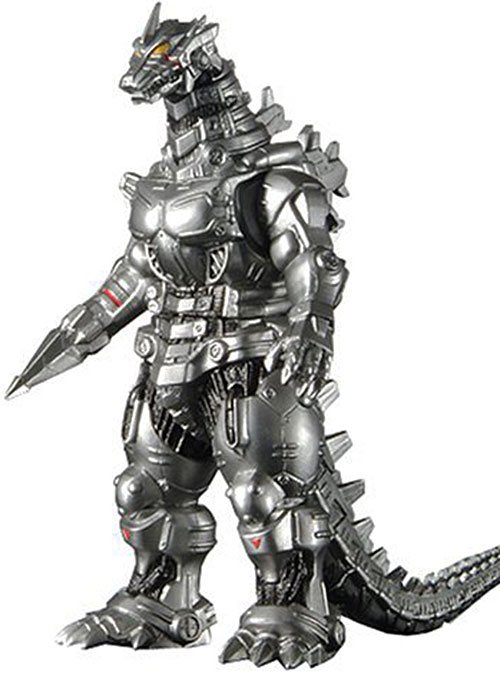