She can turn people to stone by staring at them.

She appeared in “The Flash in ‘The Stony-Eyed Medusa’.”

Medusa has turned a parade into statues. Flash charges to save them, but is beginning to be slowed down by Medusa’s stare. He throws Hostess™ Fruit Pies at her and her thugs. She takes her eyes off of the Flash, who then easily ties her up (but he doesn’t blindfold her…D’oh !)

Why she wanted to turn the parade into stone is unclear.

She wears a long-sleeved blue leotard, white tights, blue boots, and a purple cape with a tall collar. She has black hair with a “skunk stripe”, with two orange… things… stuck in her hair that look like little pieces of a crown. She also has heavy eye make-up which makes her look sinister.

Her thugs are dressed in brown bodysuits which also cover half of their face (the top half), green briefs, green gloves, and green boots. 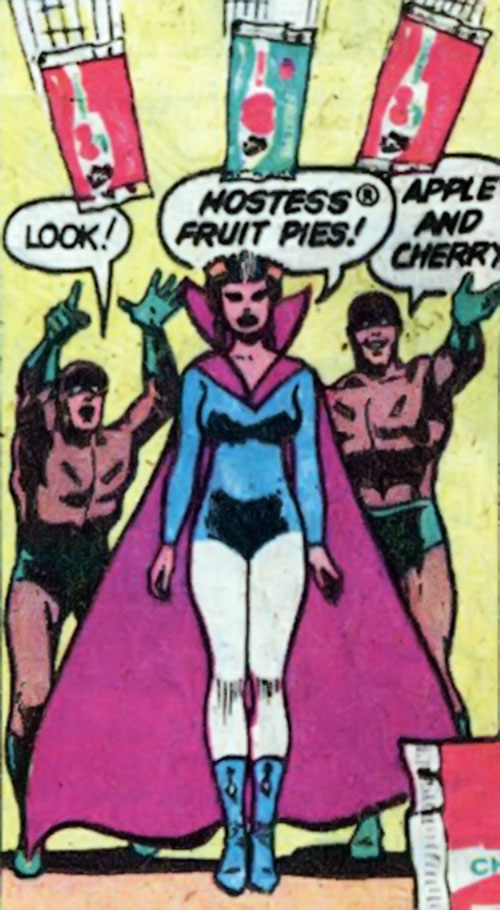