Medusa possesses a long, thick head of hair. Every strand of which has greater tensile strength, modicum of elasticity and shear resistance than an iron wire of the same thickness. Furthermore she has the psychokinetic ability to animate these locks to perform a number of feats.

She even displayed the ability to animate her hairs after they had been severed, or to create powerful gusts of wind when using them as a propeller of sorts. 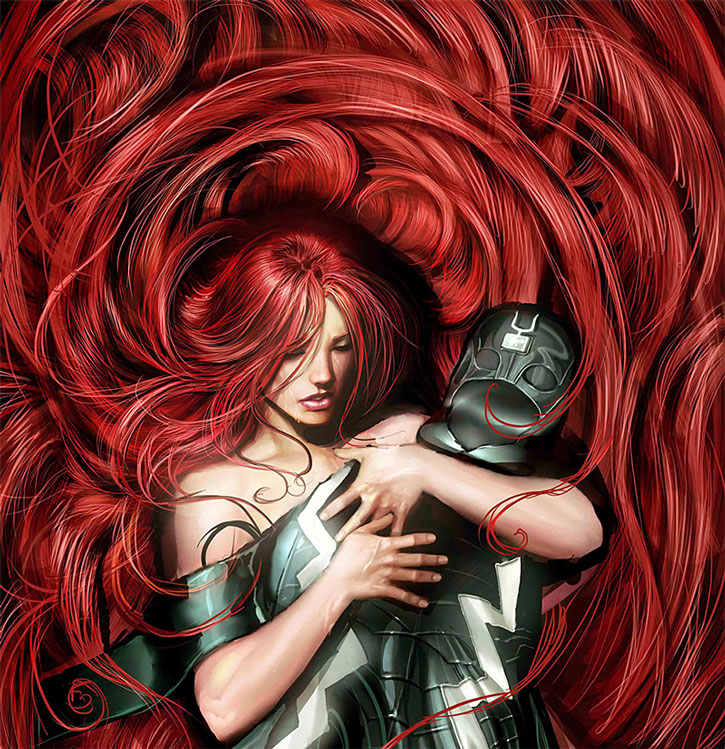 Medusa isn’t as vulnerable to the pollution on Earth as most Inhumans, although she still has a weaker than normal immune system. Her physiology is generally quite enhanced, thouh. She displays enormous strength and endurance for her frame.

Medusa was the first of two children born to Inhuman nutritionists Quelin and Ambur. Quelin was the brother of Rynda, wife of King Agon. As such, Medusa was considered a member of Attilan’s Royal Family.

Medusa’s parents elected to expose her to the mutagenic Terrigen Mist when she was an infant. The process endowed her with hair she could animate like added appendages.

While still an adolescent, she began to make frequent visits to the isolation cell of her second cousin, Black Bolt, and learned to communicate with him in a special sign language. Medusa and Black Bolt developed a bond that blossomed into love when Black Bolt was first allowed out of his cell at age 18.

A bout of amnesia

In the aftermath of Trikon’s first coming, Medusa left the Inhumans’ Great Refuge. Afflicted with amnesia sustained in an air crash, she wandered Europe, stealing food to survive.

Her animated hair soon brought her unwanted attention. In Paris, the criminal called the Wizard brought her to America and enlisted her in the Frightful Four. He was seeking a woman with super powers to battle Susan Storm, so that his new Frightful Four could be an evil counterpart to the Fantastic Four.

Grateful for the Wizard’s rescue, she went along with the group’s illegal activities. The Frightful Four battled the Fantastic Four several times and even gave the FF their first defeat in 1965. This defeat was largely due to Medusa’s abduction of the Invisible Girl.

Finally, after five encounters, the Fantastic Four overcame the evil FF. All but Medusa were captured. However, Medusa proved herself capable as a 1960’s rival to Susan Storm and even defeated the Invisible Girl several times.

Medusa’s public exploits enabled Black Bolt and the other members of the Inhumans’ Royal Family — who had been exiled from the Great Refuge by Black Bolt’s mad brother, Maximus — to locate her. Seeing familiar faces restored Medusa’s memory.

Queen of the Inhumans

When Black Bolt regained the throne, Medusa renewed her betrothal to him and served as royal interpreter. The two have since married. 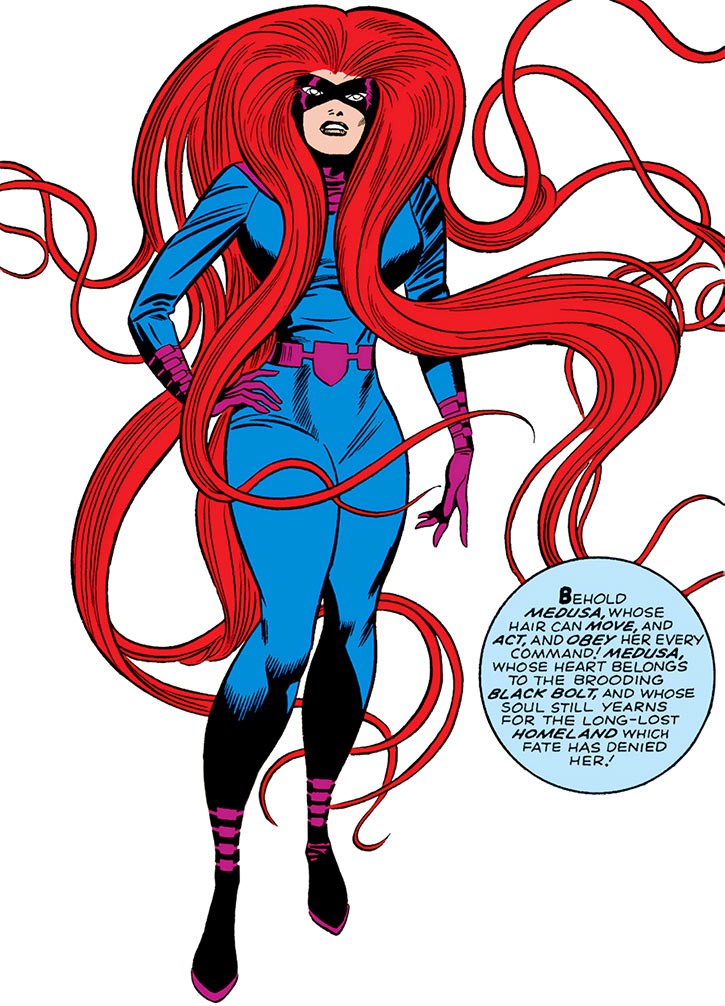 Medusa since has left his side for an extended period twice. She once joined the Fantastic Four to take Invisible Girl’s place on the team during the latter’s estrangement from her husband. She later was taken captive by the criminal Enclave, who sought to conquer Attilan.

Some time back, Medusa became pregnant. Attilan’s all-powerful genetics Council objected that the mating was unfit due to the instability of Black Bolt’s brother, Maximus. Refusing abortion, Medusa fled to Earth and lived in the desert until her son was born.

Returning to Attilan, she presented him to the Genetics Council to prove nothing was wrong with him.

The Council’s actions then triggered a crisis of historical proportions. They kidnapped the kid and was exposed in an attempt at usurping the Royal Family’s political power. In the end, both factions gave up their claims at political leadership and stepped down. 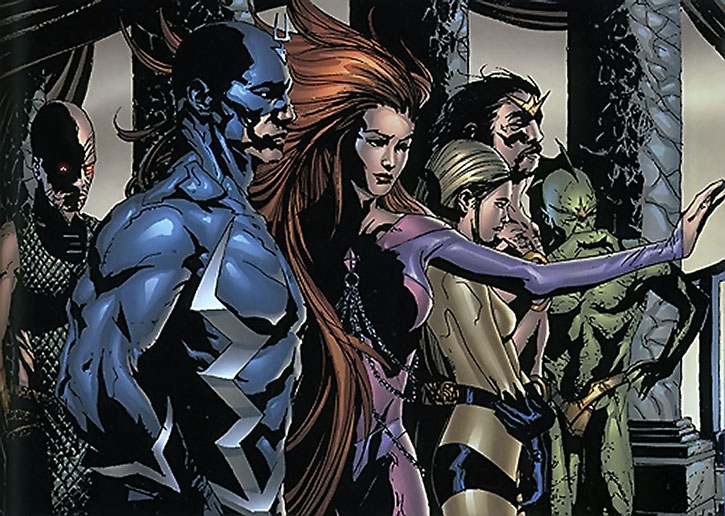 The truth is out there

Some time later, the Inhumans were briefly enslaved by their creators, the alien Kree. The Royal Family had to take power again so the Inhumans would rise up. Still, not all Inhumans rallied to their banner, and some preferred to live in servitude to the Kree.

After the war was over, the Royal Family and their loyalists moved back to the Blue Area of the Moon to rebuild Attilan. Medusa is currently leading an effort to bring Inhumans and humans together, beginning with a cultural exchange between the youths of the two races.

Medusa acts as mouthpiece to the mute Black Bolt. She is fiercely loyal and protective to her liege and love. But she often comes off as somewhat haughty. 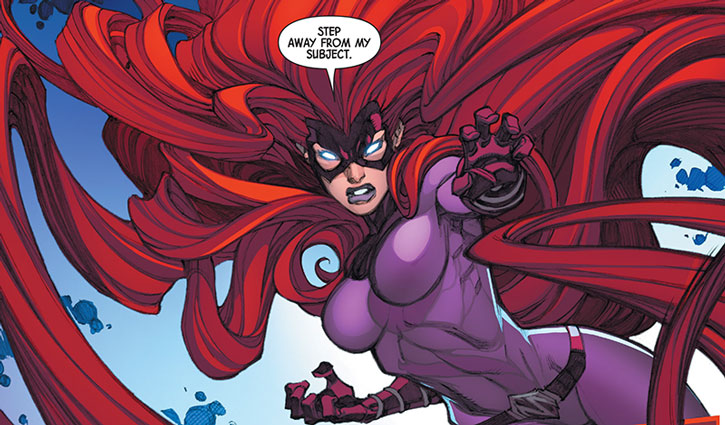 “I still say it’s beneath the dignity of the Royal Family to submit to such behavior.”

Bonuses and Limitations:
All Powers only apply to Medusa’s hair, and cannot be used if it is somehow constrained.

Bonuses and Limitations:
All Skills only apply to Medusa’s hair, and cannot be used if it is somehow constrained. 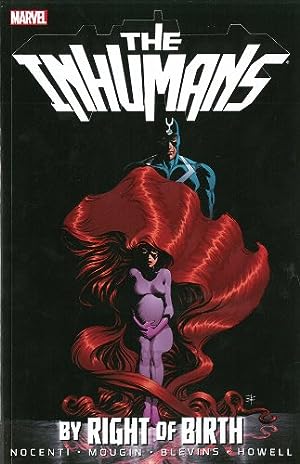 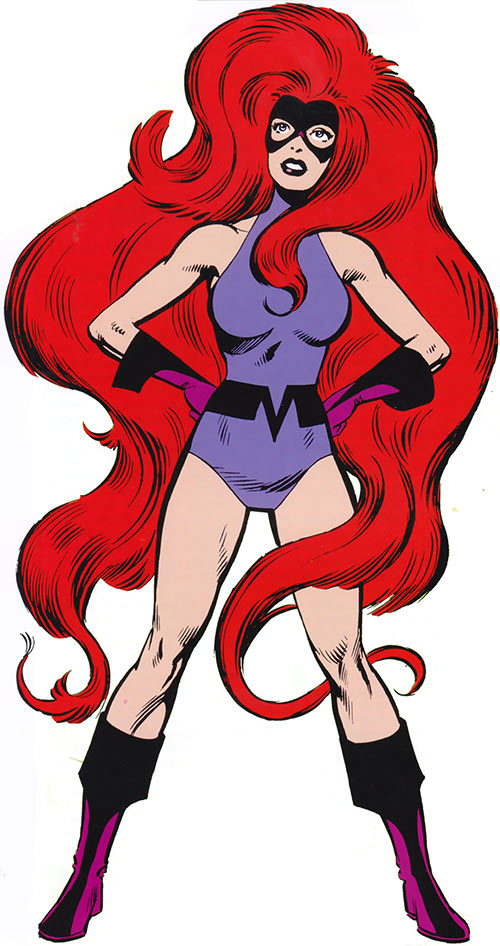 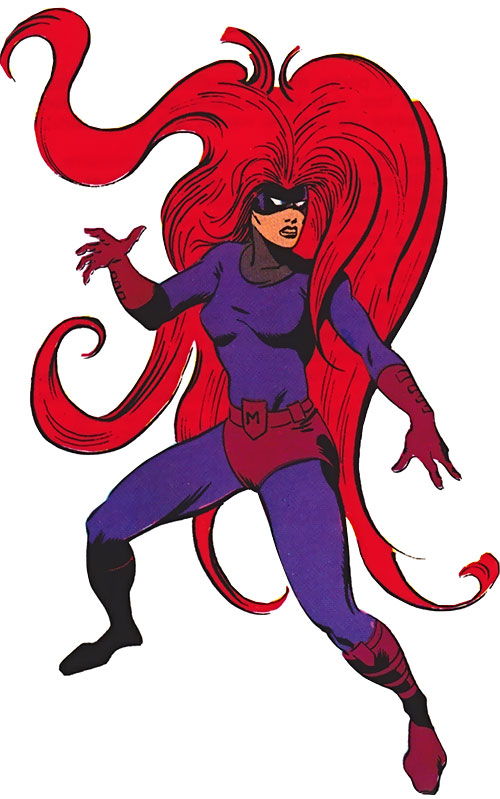 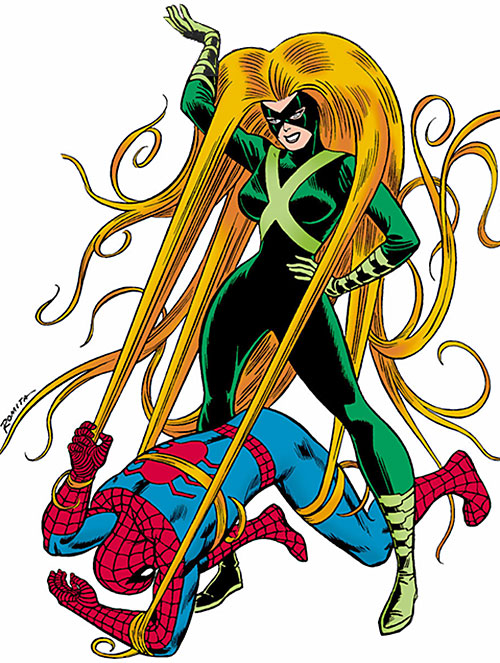 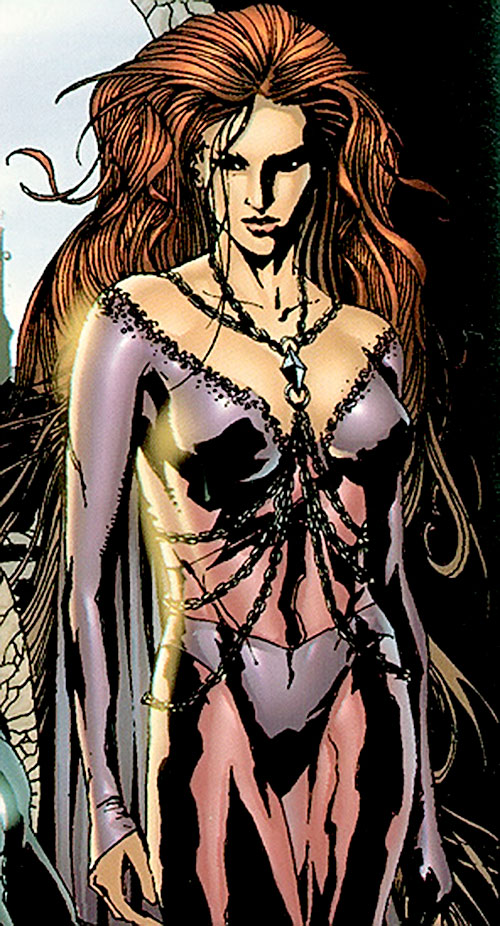 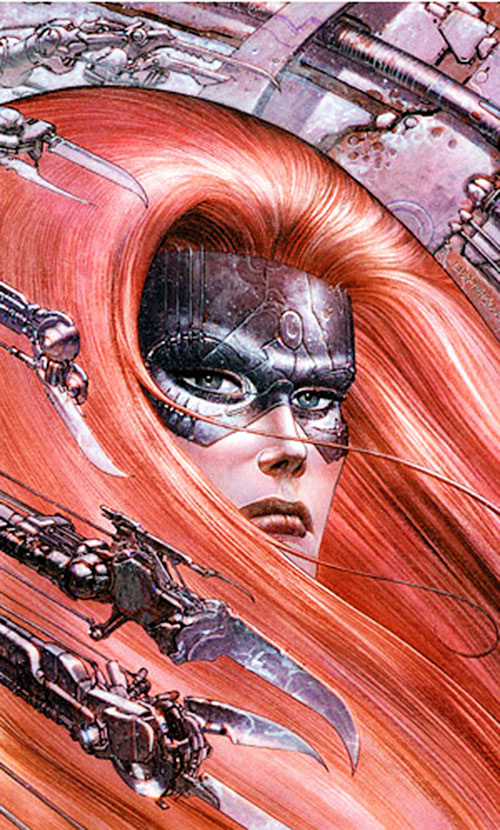