Megaman is an artificially intelligent android modified to battle other rogue androids. As such he possesses superhuman strength, resilience, and speed.

In the year 21XX a scientist named Dr. Cain discovered the remains of a lab that once belonged to the famous robot designer, Dr. Thomas Light. In the lab Cain discovered notes and information about the “living machines” that Light had once built, along with a strange capsule.

The capsule had with it a note stating that inside was Light’s final creation, a robot named “Rockman X” (Megaman X) or just “X” for short.

The note explained that Light was not sure that the advanced design for X’s brain was entirely stable. Thus, he had placed X in the capsule to test his systems. Light was worried that X could break the first law of robotics  : A robot must never harm, or by mission of action, cause harm to a human being.

For some reason Light was worried that X could be a threat to mankind if he decided to break this law. Light sealed the robot away in a capsule which would take 30 years to test and modify X’s systems so that he could be considered safe. Since there was no way to be there when the tests were finished, he hid the capsule in his lab.

Welcome to the future

Cain checked the readouts on the capsule. After determining that it was safe, he opened the capsule. Inside was a humanoid robot that possessed a remarkable ability. X possessed thought processes and emotions similar to those of humans. In essence, X was alive unlike the robots that had were commonly used at that time.

Cain read Light’s notes. Then he used X as a model for a new series of robots called “Repliroids” (Reploids), which could think for themselves. The Repliroids went into mass production. They were used to help humans in jobs that were either difficult or too dangerous for human beings. The Repliroids seemed to be very useful, but there was a problem.

After a few months Repliroids would occasionally turn against humans. The Repliroids that turned against humans were termed as turning “irregular” (maverick). As the problem increased a series of special, powerful Repliroid police, called “Irregular Hunters” (Maverick Hunters) was formed.

Sigma believed that humans were inferior and should be destroyed so that the Repliroid race could advance. He organized the most powerful Repliroids into his army, and waged a full force attack. 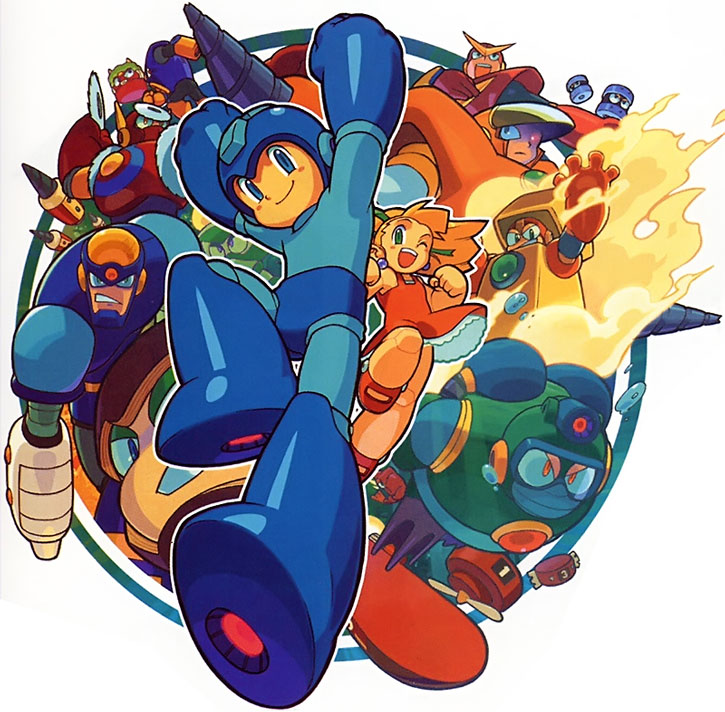 X decided he had to do something. He joined forces with the new leader of the Irregular Hunters, a Repliroid with an unknown past called Zero.

X set out to stop the Irregulars and found his first major challenge very quickly. As he approached the main complex where Sigma’s forces were gathered he was attacked by Sigma’s lead henchman, a Repliroid named Vava (Vile). Vile controlled a nearly indestructible armored carrier called the Brown Bear (Goliath).

Vile defeated X. Just as he was about to finish the job, Zero appeared to save X. After Vile left, Zero encouraged X to continue in his mission and help defeat the Reploids in Sigma’s army.

Time for an upgrade

In his mission X found that Dr. Light had left behind a few items to aid X in his mission. That included capsules that enhanced his armor, improved his abilities, and increased his energy. X also had the ability to analyze and modify the weapons of defeated Repliroids into weapons that he could use himself. 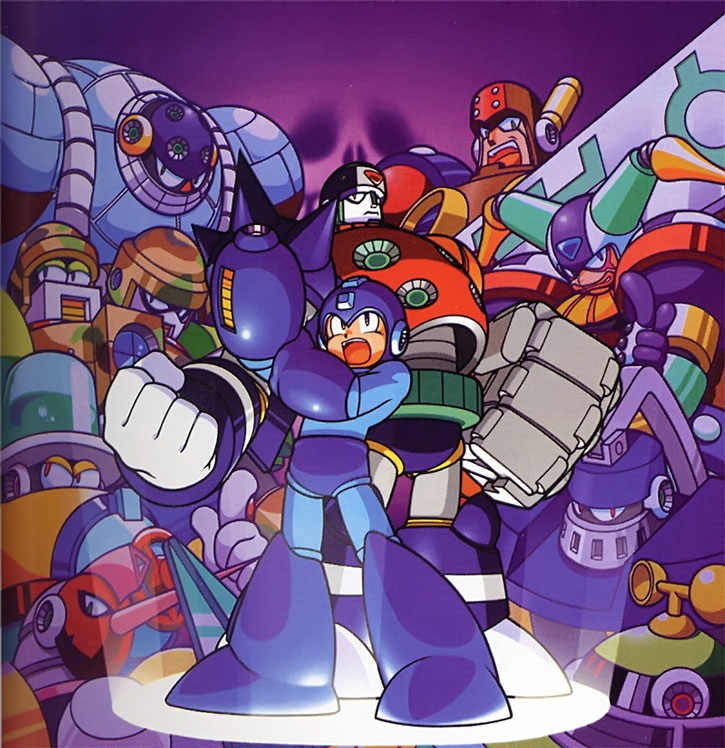 After defeating Sigma’s most powerful forces, X joined Zero in a raid on Sigma’s airborne fortress. During the battle, Zero was captured by Vava and X attempted to save him. Vava managed to defeat X again.

however Zero managed to escape his prison. He sacrificed himself by overloading his generator to a point where it would cause a massive explosion, in order to destroy Vava’s armored carrier.

With the armored carrier gone, X managed to destroy Vava. Then he kneeled beside the seriously damaged body of Zero. As Zero died, he told X to destroy Sigma for him and end the war.

X fought his way to Sigma and, after an intense battle, managed to destroy him. After the battle, X watched Sigma’s fortress explode and fall into the ocean. He wondered why he had to fight and who would be lost before the war was over, but only time would tell.

Meanwhile, a monitor flickered to life with a message. Sigma revealed through a video transmission that, though X had destroyed his body, his mind was still intact. Sigma was still alive, and planned to find other Reploids to come to his aid. He promised to be back very soon…

Many months after the destruction of Sigma and his forces, X had become the new leader of the Irregular Hunters. He led them in an attack on the remaining Irregular Reploids in an attempt to end the war. Little did X know that a new war would begin. 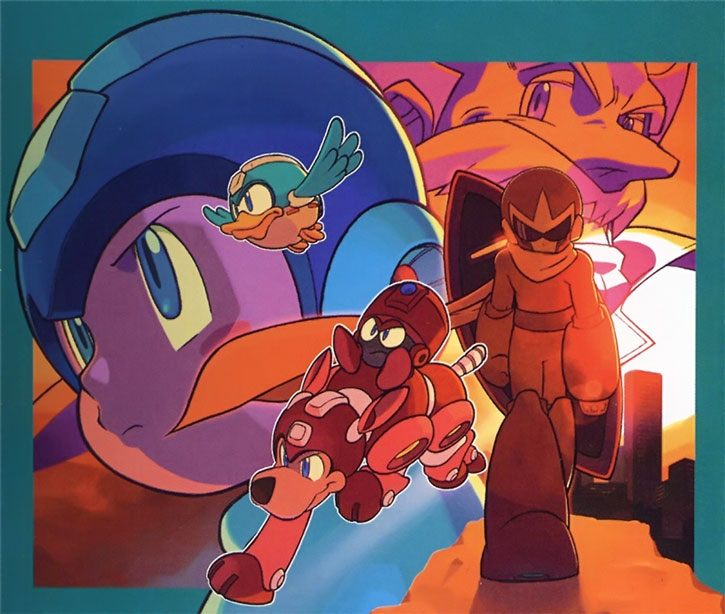 The Irregular Repliroids were now being controlled by a group of Reploids that called themselves the “X-Hunters”. The three X-Hunters had managed to collect all of Zero’s parts and planned to reassemble him. But they needed Zero’s control chip to finish the construction.

Zero’s control chip, which provided the link between the robot brain and it’s body, was stored in the Irregular-Hunter base under the care of Dr. Cain. The X-Hunters sent a message to X revealing that they had Zero’s body. X would have to fight them to retrieve the parts.

It was Sigma. He was still alive and, with the aid of the newly reassembled Zero, X found his way into Sigma’s lair. After defeating Sigma, X heard Sigma say that Zero was supposed to follow him, and couldn’t understand why he turned against Sigma.

Sigma also said that Zero was the last of the doctor’s creations, but didn’t tell who the doctor he was referring to was. These words rang out with an ominous tone as X ran from the building that housed the computer system that was once Sigma.

As X and Zero watched the sun set over what was left of the X-Hunter base, X wondered about Sigma’s final words and questioned whether the war was really over…

MegaMan is metallic blue with a generally humanoid build. He wears what appears to be a helmet (which is actually his head) and oversized metal boots (actually his feet). Only his face is truly human in appearance.

Megaman’s I-Buster appears to be a wrist bracer when not active. It morphes  around his hand into a cannon-like weapon when needed. The change is effectively instant.

MegaMan is programmed to defend innocents from rogue androids. He has given himself over to this duty. Since he is able to experience human emotions he is capable of reacting just as a normal person would in most situations.

How To Incorporate MegaMan X Into Your Game

X is awakened sometime in the 22nd century and resumes the MegaMan tradition of hunting down rogue androids. The series has always depicted a high level of technology (even the non-X series) with items like Plasma Cannons, Artificial Intelligences, and Teleportation Devices.

The most logical plot hook would be an experimental time machine or dimensional warp. In short, rogue androids get their hands on this device and escape into another world where they are free to conquer at will. X learns of this and follows them.

Hmm. X falls into that gap between the present and the Legion’s time. Perhaps working backwards somewhat.

Moving into the time of X, X could team up and work alongside Jonah Hex as they struggled to establish order in a lawless world. Hex was from around this time, right ?

If you want to move X far enough into the future (and being an android he could theoretically make it to the 30th century), perhaps the Legion encounter an abandoned robotics laboratory and Brainy reawakens X and possibly, though inadvertently, the maverick repliroids as well. X and the Legion battling giant destructive robots. Sounds good to me. 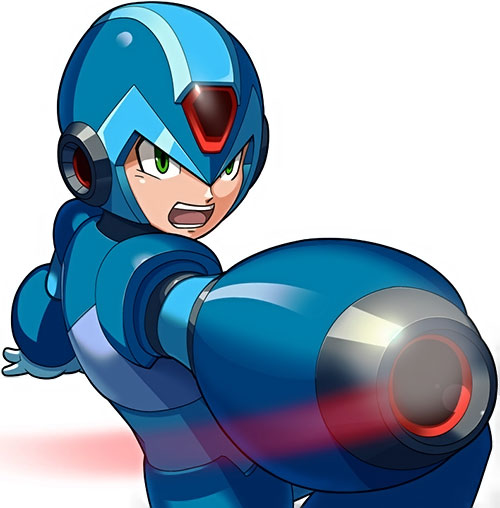 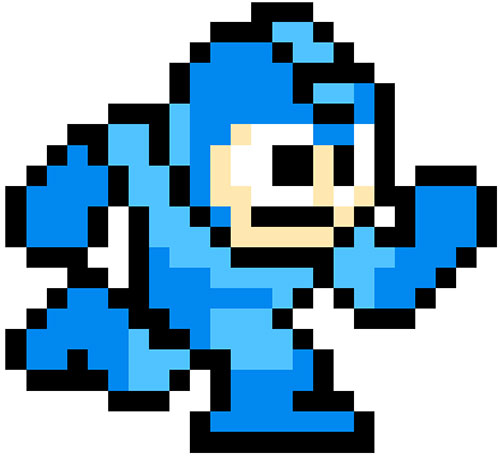