Mekaneck was a minor hero with the ability to stretch his neck.

He was introduced during the second season of the 1983-1985 He-man and the Masters of the Universe animated series.

Mekaneck is a cyborg, with portions of his head and his neck having been replaced by implants.

He can stretch his neck like a periscope to get a better vantage point, spotting enemies.

He’s able to see traps and laser-mines several yards ahead of him. He can also see through stone walls.

Finally, he’s shown the incredible ability to spin like a top. This usually flings away enemies trying to grapple him. 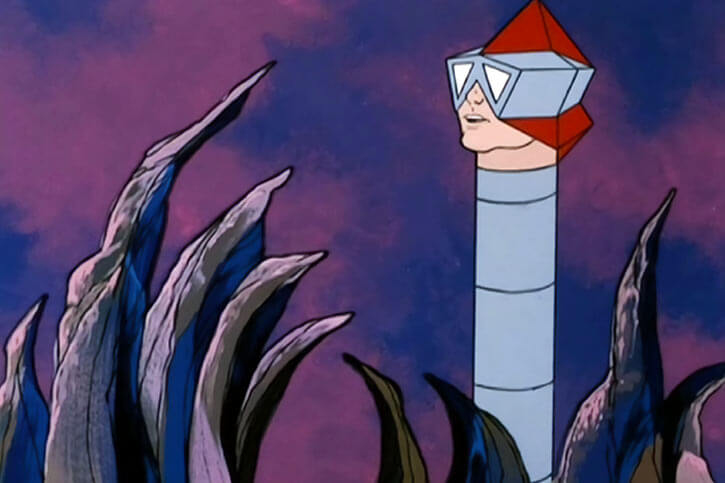 Mekaneck was visiting Dragon Mountain with his son Phillip. They were relaxing in a forest when a sudden fierce storm carried Phillip away.

Once the storm had passed Mekaneck desperately searched for the boy. It was difficult for him because he had severely injured his neck and was in great pain.

Finally, the pain was too much, and he fainted. Man-At-Arms found him.

Man-At-Arms was able to give him a mechanical neck. The grateful Mekaneck remained at the palace to serve King Randor.

Mekaneck spotted Kobra Khan and Webstor. The pair was using a device to transport the dragons off-planet.

Mekaneck and Buzz-Off, along with He-man, tried to stop the villains. However, they were also transported to the planet Mero.

On Mero, the Dharmi had hired Kobra Khan to bring the dragons to fight in the arena for their amusement.

He-man fought bravely but would’ve lost if not for the arrival of the king of dragons, Granamyr. Granamyr defeated the Dharmi with a wave of his hand. 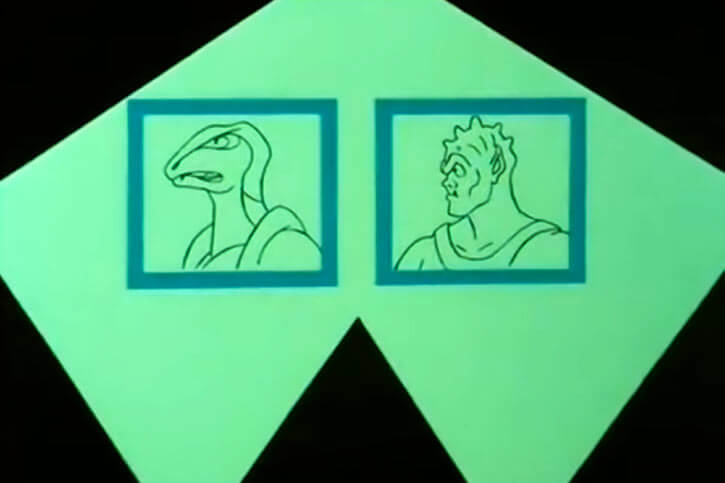 Mekaneck joined Sy-Klone at the Royal Palace. There, Jova was telling the King and Queen of the plight of his people. Their vein of bambyte, a gemstone allowing them to turn invisible, was disappearing. Without it, they would perish to the many predators that live in their forest.

Meanwhile, Man-At-Arms had been testing a duplicating machine. But it wasn’t quite complete – it duplicated everything at half-size. Still, Man-At-Arms could use it to duplicate the remaining bambyte and give them a lifetime supply.

However, Skeletor stole the machine for himself. The fiend then duplicated himself many times over. An army of “Skeletoids” attacked simultaneously across Eternia.

He-man and Mekaneck went to Snake Mountain. There, they destroyed the duplicating machine, causing all the Skeletoids to vanish. They also recovered Skeletor’s hoard of bambyte.

Search for a son

Mekaneck returned to Dragon Mountain many times to search for his son. But each time, he returned empty-handed. Still, he kept going in the hope that he would reunite with his son.

As chance would have it, Phillip was found wandering by a thieving magician named Count Marzo.

Marzo taught Phillip some magical tunes to play on his flute, then manipulated him into using it to charm merchants. But Phillip refused. Marzo decided instead to trade him for the King and Queen.

Count Marzo appeared to Mekaneck and revealed to him his son was alive and well. He offered a trade. Phillip for the King and Queen. Mekaneck refused. Instead, he and his friends set out to locate both Marzo and his son.

Marzo captured the King and Queen without Phillip’s help. But in the end, He-man and Mekaneck were able to save them all.

Reunited with his son, Mekaneck settled for a less adventurous life. But he was present at the next Christmas party at the Royal Palace.

Mekaneck wears a blue bodysuit with red armor over it. Plus stylish black barbarian shorts and light blue boots.

Mekaneck’s voice has always sounded synthesized, even before his neck was made mechanical. 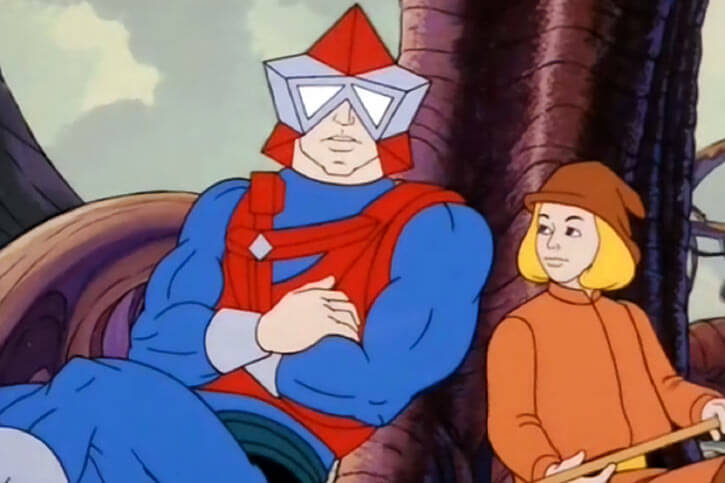 He often was sad because it brought back the memory of his lost son.

After Man-At-Arms replaced his neck with a bionic one, Mekaneck has been faithful and loyal to the King and Queen. Even when offered a trade for his son’s return he wouldn’t compromise his virtues. 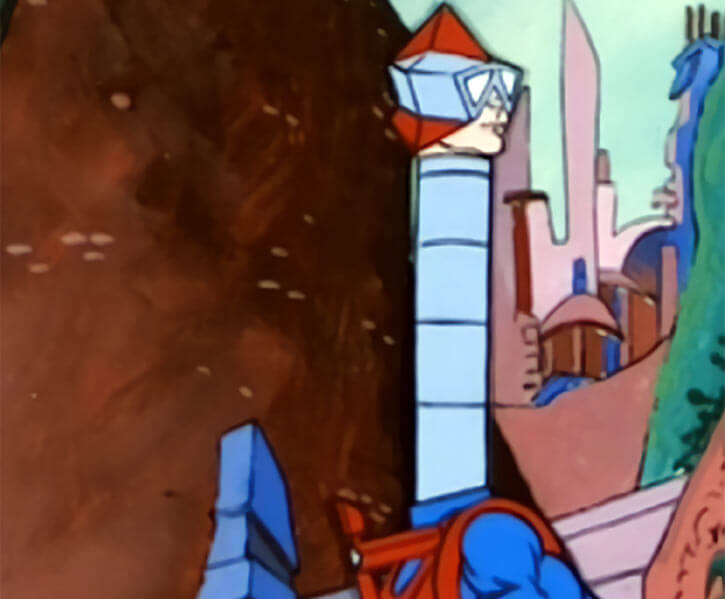 “I have a little trick up my neck for snake-face.”

(Skeletor’s Skeletoids, miniature versions of himself, create a sonic wave hitting He-man and Mekaneck. Mekaneck raised his head high above so he was unaffected)
Mekaneck: “Looks like you missed someone. Me.”
(Skeletoids raise sonic wave to Mekanecks head height)
Mekaneck: “I should’ve kept my mouth shut !”

Man-At-Arms: “Mekaneck, would you like to lead the caravan across the desert ?”
Mekaneck: “I would be honored to serve my King and Queen in any way, Man-At-Arms.”

Mekaneck was originally called “Spy-Man” in the Filmation bible for the series.

Mekaneck has lots of mobility in his neck. For instance, he can snake around corners. Once, he extended his head into a pit. His son grabbed hold and Mekaneck hauled him up to safety. For lifting with his neck, just use his STR Attribute.

Source of Character: The 1983/1984 animated series He-Man and the Masters of the Universe and the 1985 He-man and She-Ra: a Christmas Special. Voiced by Lou Scheimer.

Writeup completed on the 7th of February, 2021.