She appeared in 2002 in the Wildstorm Universe. She was in StormWatch: Team Achilles, an intriguing (if self-indulgent) book that met a ridiculous demise.

Grunier’s rank is an educated guess on my part – it’s not mentioned in the books.

Lt.-Col. Grunier is a top-flight support specialist from the most active SWAT/counter-terrorism military unit in the world, the French GIGN. She is chiefly a doctor of remarkable skill. She can operate advanced medical equipment, and seems to be a world-class neurosurgeon.

Avi Barak also mentions that Grunier installed mindblocks in his brain, to prevent accidental use of his telepathy. How Grunier did this is unrevealed.

Her other speciality is negotiation, mostly during hostage crises. Her command of psychology seems uncanny. She could assess Cisco’s mental state much better than the perceptive Santini, Cisco’s comrade-in-arms for a decade. She also unerringly manipulated a dangerous psychopath with reality alteration powers by verbally hacking his world view.

Although she is not supposed to be in the field, Grunier has displayed considerable hand-to-hand combat skills. For instance she effortlessly broke a man’s neck with her bare hands. She is presumably fully trained in krav maga, and with the GIGN extensive small arms cursus.

Grunier was selected for the UN’s new StormWatch program from the French Gendarmerie Nationale as a medical support specialist and crisis negotiator. She patches the team’s bodies and ensures that they remain psychologically fit.

Lt.-Col. Grunier also performs surgical operations on targets when necessary. For instance she operated on a broadcast empath blanketing the Balkans with diffuse hatred. She rewired his brain so he would project his positive thoughts instead.

When a small American town was taken over by a psychopath with reality-alteration powers, Grunier came in and took command of the field team. She manipulated the subject by derailing his storyline and imposing her narrative over his delirium. This convinced him to surrender harmlessly.

However, she had to kill him a few minutes later. US authorities tried to take over the operation. Grunier was concerned that they would try to capture the man for their own use despite having no means of controlling him. That would undo all of her work and unleash this menace once again.

During the Authority’s coup d‘etat, Santini had to take Team Achilles undercover to continue his mission without UN support.

He told his two main support specialists, Lt.-Col. Grunier and Lt. Barak, that they arguably played a civilian role and would presumably not be hunted down by the Authority. yet both chose to stay with the team.

After several years spent in exile on an alternate Earth where the entire human population had been murdered, Team Achilles came back to Wildstorm Earth. Lt.-Col. Grunier was not among their ranks, though. What happened is unrevealed.

In later Team Achilles issues Grunier is blonde. It is possible she felt like dying her hair. But since there were colouring continuity issues between the first and second half of the series (Giant also goes from brown to blond) it is probably just a mistake.

Grunier is extremely competent and sure of herself. Although she isn’t arrogant, she hates having her judgement overridden. With good reason, if experience is to be believed.

A woman of sophisticated concepts and perceptions, she is nonetheless decisive. Like the rest of the team she acts like a competent military operative and officer.

“You put Cisco in the field, Santini. I’m not taking any responsibility for his actions. He has a lot of anger about what happened at the UN.” (as Santini tells her everything will be fine, Cisco flips out and kill a helpless opponent).

“I’m performing brain surgery in a muddy field while under fire. It’s not something I’ve practiced for speed.”

(Carrying the corpse of the man she just killed over her shoulder, answering Jukko’s offer for help). ”Thanks, Finn, but I carry my own garbage.”

Note:
StormWatch personnel are placed outside their normal chain of command ; while on StormWatch duty their Rank Advantage becomes a 0-pts flavour advantage. Rank more or less applies *within* Team Achilles, but this is quite looser than in most military units.

The stats block still treats Achilles member as an UN team, since that’s their most likely use in a campaign. 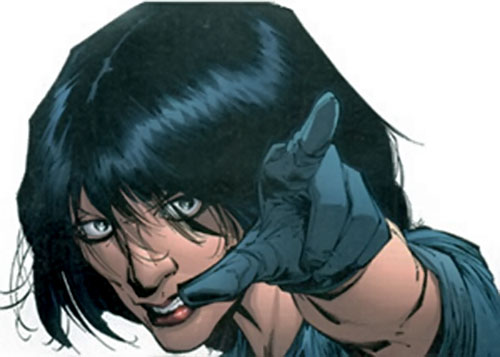 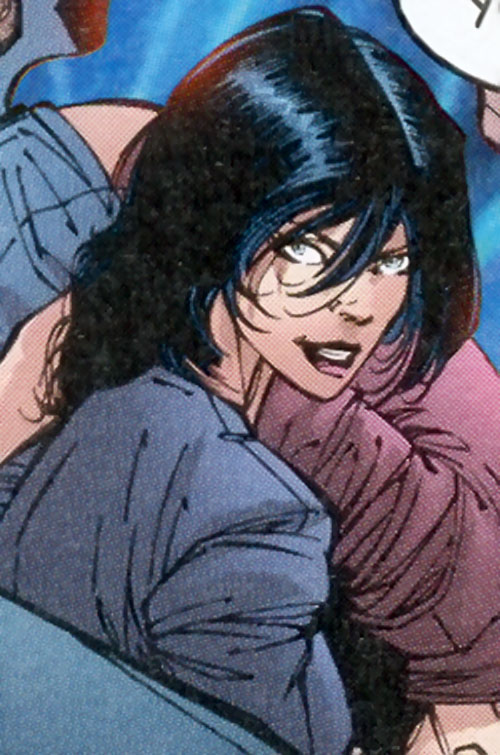