Super-Friends was a popular 1970s Hanna-Barbera kids’ cartoon featuring simplified versions of prominent DC characters. There also was a comic book series during those years, using the same versions of the characters. Menagerie Man appeared in the comics.

It was particularly campy, not unlike the 1960s Batmania.

Wilson Gable is perhaps the most talented animal-trainer in history. He has even trained natural enemies (like cheetahs and gazelles) to work together, and taught the alien monkey Gleek how to be a pickpocket.

He also has a knack for science. Gable invented a shrinking device as well as a method of giving animals super-strength.

Wilson Gable was a zoo worker and animal expert.

He discovered a fragment of the same white dwarf star that enabled Ray Palmer to become the Atom. After many years of work, he was able to use the fragment to create a shrinking device similar to the Atom’s. 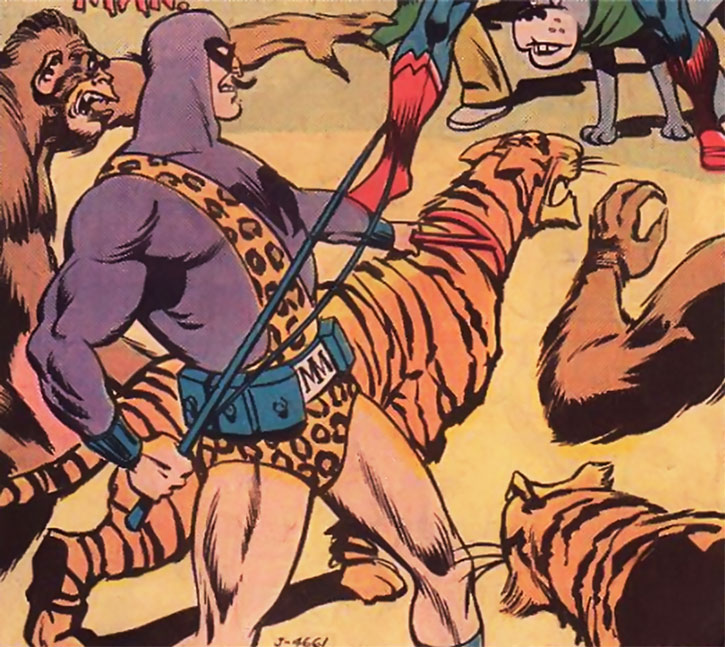 He used the device to begin a crime spree. Carrying shrunken, trained animals in his belt, he would enlarge them at the scene of the crime, making them appear as if out of nowhere. Once he grabbed the loot, he would “disappear” by shrinking himself, and escape on the back of a trained dog.

He was successful for a time. But the Super-Friends, with the help of the Atom, deduced the true nature of his powers, and were able to thwart him.

After his initial capture, Menagerie Man abandoned the shrinking gimmick. But he continued to use trained animals for crime, including some he had enhanced by some unknown means (approximately doubling the APs of their Physical Attributes and Powers).

He is a large, muscular man, and sometimes sports a black handlebar moustache.

Despite his impressive build, Menagerie Man is more of a schemer than a fighter. He devotes most of his time and energy to planning out elaborate crimes and training his animals to steal, preferring to let the beasts do all the fighting and other manual labor. 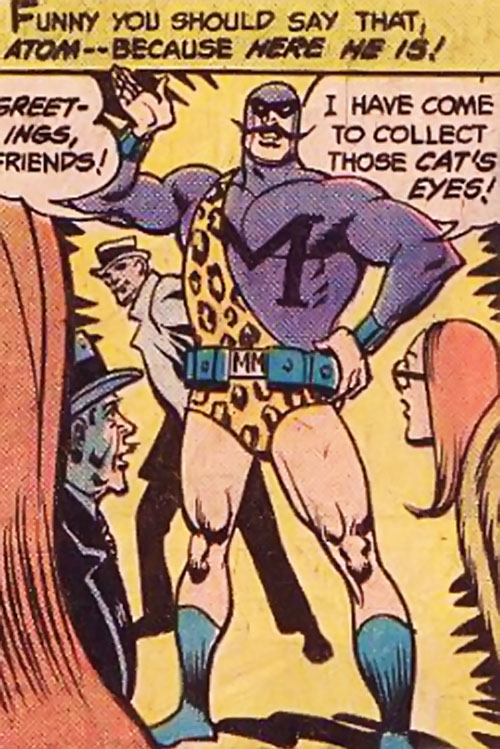 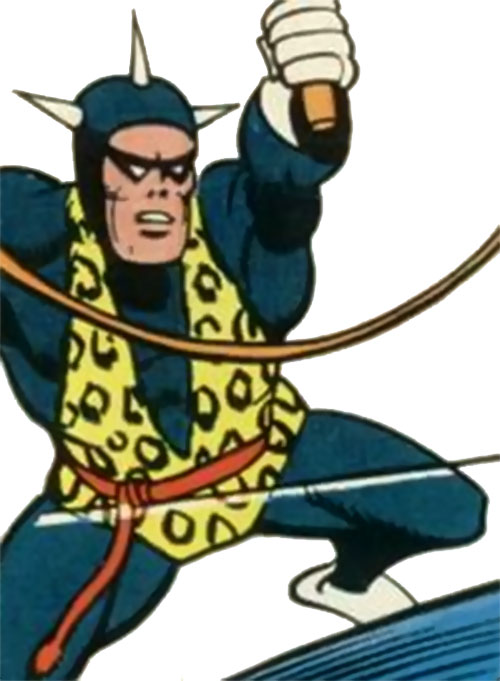