Mentalla possessed a degree of mental power, as is common on Saturn’s satellite world. In her case, her primary ability was a telepathic variant – but more a matter of controlling minds than reading them. Primarily, she had the ability to control people’s subconscious mental functions, manipulating their nervous systems into uncontrolled or distorted actions.

For example, she could cause another to activate or deactivate their own superpowers, manipulate them into pressing a button without realizing it, or cause a charging opponent to think Mentalla had moved when she really hadn’t.

She could not completely control anyone with a strong will, especially if they were on guard and prepared to resist. So she often relied on surprise.

She may have had other telepathic abilities, including Telepathy and Life Sense.

Mentalla also had some training in hand-to-hand combat.

Delya Castil was born on Titan in the latter half of the 30th century. As is normal on that world, she possessed a degree of mental power – a telepathic ability to manipulate and influence the minds of others.

She was quite a noted student at Titan’s Institute for the study and development of psychic powers. Castil aspired to achieve the same notoriety and respect as her legendary predecessor Imra Ardeen. As Saturn Girl, Ardeen had helped found the Legion of Super-Heroes.

In 2986, in her early teens, Saturn Girl and the other Legion founders resigned from active duty. This caused the Legion to hold it’s first open call for new members in some years. With Saturn Girl off the roster, it was an excellent chance for another mentalist to qualify. Mentalla was sure she would gain a place in the Legion.

She had an impressive tryout and was one of the finalists considered by the Legionnaires. But ultimately they passed over her in favor of Tellus, a non-humanoid telepath and telekinetic from Hykraius. Yet several Legionnaires encouraged her, and she was offered a place at the Legion Academy for further training.

Delya was not excited about this, however, and did not prove to be a committed student. After her years of intensive training on Titan, the idea of yet more training did not appeal to her. She also resented being passed over in favor of Tellus. She was determined to prove them wrong for rejecting her.

Legion Academy trainer Bouncing Boy told the story of his origin, how he was at first rejected, but later accepted when he proved his worth by catching a criminal. As an unplanned result, Mentalla decided that she would do the same. She set her sights extraordinarily high, however.

Leaving the Academy without a word and under suspicious circumstances, she chose to infiltrate the Emerald Empress’s new Fatal Five. Pretending to be so embittered by her rejection that she would seek revenge against the Legionnaires, she presented herself to the Empress as a candidate for membership in the new Fatal Five. 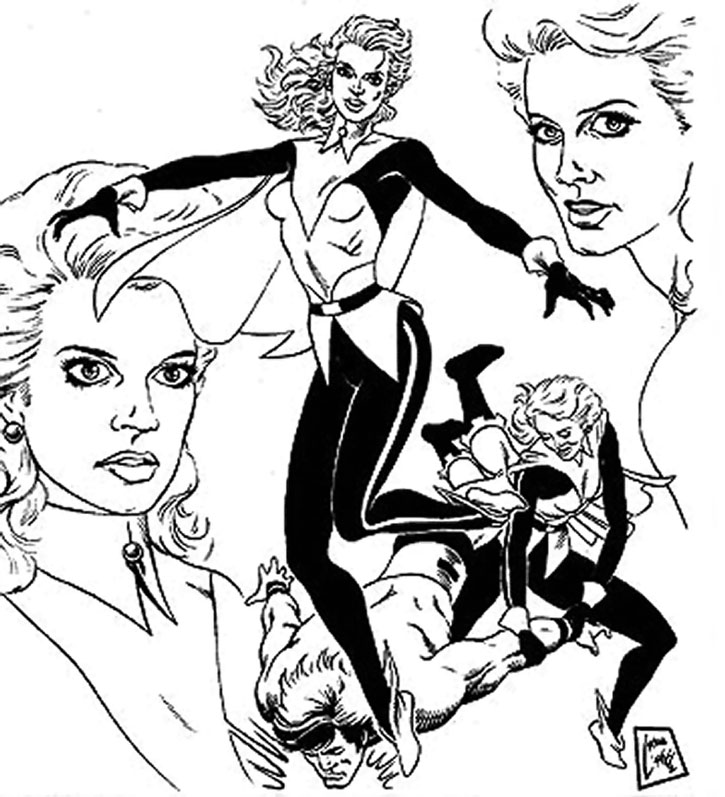 Mentalla’s powers and her Legion Academy connection – which gave her at least some knowledge of Legion secrets – were enough to intrigue the Empress. The Empress accepted her into the group, not suspecting anything. They even used Mentalla’s uncle’s estate on Stratus to lay a trap for the Legion.

Mentalla, though showing signs of fear, fought alongside the Fatal Five until it seemed that the Legionnaires would be killed if she refrained from taking action. Hoping she’d not waited too long, she influenced her teammate Flare to misfire an energy bolt, destroying the techno shield the Empress was using to suppress communications from Stratus.

At the same time she caused the Empress to activate the alarm from a stolen Legion Flight Ring, sending a distress call to the Legion.

The Empress realized immediately what had happened. Despite attempts by the Legionnaires to shield her, the Empress brutally murdered Mentalla for her betrayal. Her psychic deathcry was felt even by Saturn Girl, many light years away on Earth. In her words, “somewhere – someone died a horrible death.”

In recognition of this the Legion had her buried on the asteroid of Shanghalla, among the great heroes of the galaxy.

Mentalla is a petite but fit blonde. She wears a black bodysuit with a yellow stripe down each leg. Over this she has a green and yellow blouse, elfin-like green boots, and a green half-cape with a high collar. She usually wears gloves as well – either green, or black and yellow.

Mentalla was not the typical happy-go-lucky, wisecracking Thrill of Adventure type. She was fairly driven. At least some of her desire to be a Legionnaire seems to be about pride and seeking fame. And her infiltration of the Fatal Five shows that she’d greatly overestimated her own abilities.

On the other hand, she did have a genuine desire to do the right thing and be a hero. Thus, she stands in contrast to other rejected Legion applicants like Radiation Roy or Spider-Girl.

In her last hours she showed signs of fear and uncertainty and seemed to realize that she’d gotten in over her head. Yet she nevertheless found the courage to risk – and ultimately lose – her life by opposing the Fatal Five anyway.

“My powers are best demonstrated, not explained. Ultra Boy – your Flash Vision, please !”
(Ultra Boy’s Flash Vision activates.) “Hey !”
“You may try to capture me now.”

“You forgot my power, Colossal Boy. It may not have earned me Legion membership but it’s still enough to doom you ! Remember how I can use your own mind against you ? Such a small power. And you rejected me – for a monster ?”

“I – I – I never meant to let you win. I only wanted to prove to the Legionnaires that I could help them with my powers – that I deserved to be a Legionnaire !”

Bonuses and Limitations:
Mentalla cannot plant delayed suggestions. Her powers must take effect either on the current phase or the next phase, depending on the Initiative of her target. The effects of her Hypnotism only last for one Phase.

Mentalla had few appearances so there’s some speculation here. She mentioned trying to use her powers to detect other minds, but not knowing how to do it over much distance yet.

She said this to the Emerald Empress, though, and it may or may not be true. You could probably justify adding 3-4 APs of Telepathy and/or Life Sense, or it could be a failed Power Trick.

I added some Scientist for flavor. Titanian education being noted for producing expertise in the sciences, and Mentalla being a “noted student,” it seemed a harmless enough addition. 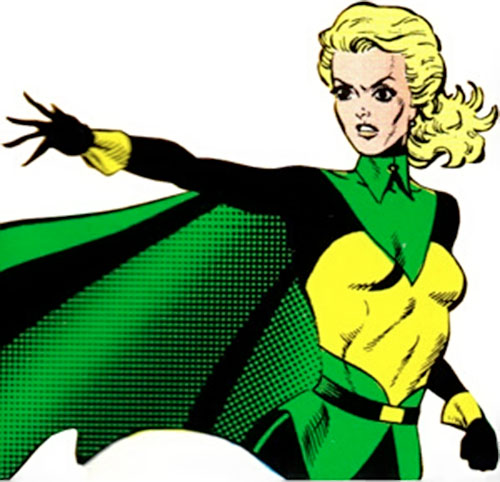 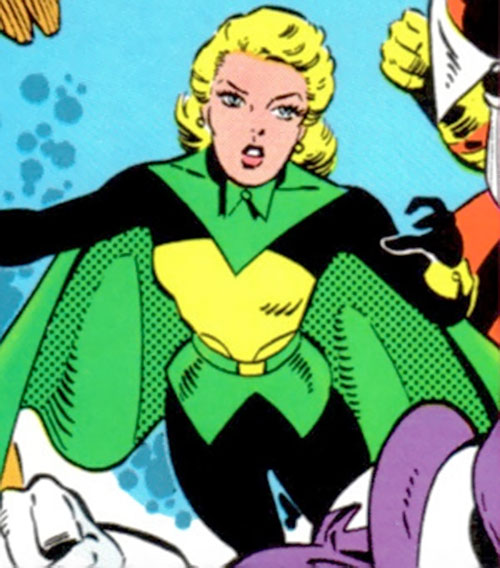 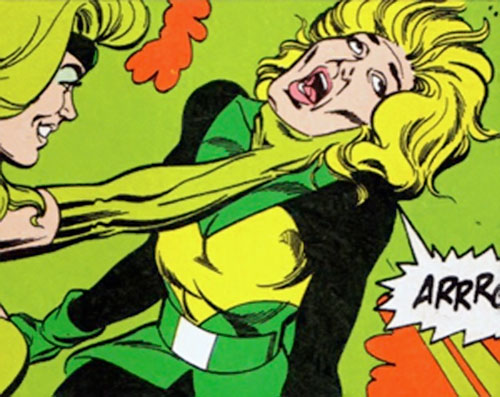