When Janus dons the cybernetic helmet it amplifies his mental potential. He acquired the abilities :

Even without the helmet, Janus was a powerful figure, and expert in karate and wrestling.

28-year-old Janus was originally a double agent. As a new T.H.U.N.D.E.R. recruit, he is actually in the service of the dread Warlord, assigned to destroy T.H.U.N.D.E.R. headquarters. Looking to win the confidence of the agency hierarchy, he agrees to try a helmet designed by the late Dr. Jennings.

No one at T.H.U.N.D.E.R. knows what it will do, and when Janus slips it on he is granted vast mental abilities. What he doesn’t realize is that the helmet also works on the subconscious, forcing the wearer to do good.

He died when shot over a half a dozen times in the back by one of the Warlord’s minions. Menthor was trying to warn his fellow agents about an ambush.

(In a later comic it was revealed that John’s consciousness lived on in the Helmet. The costume was passed on to a young woman named Connie, the helmet endowed her with all the powers of Menthor as well as the disembodied voice of Janus “advising” her. This development however is not currently considered canon due to copyright litigation.)

“John Janus” — an apparent physical and mental marvel, and all-around cleft-chinned, card-carrying Good Guy is reality as two-faced as his mythological namesake. The helmet subverted his scheming ways however and subliminally made him do good deeds. Talk about a reluctant hero.

“They trust me… but why did I help them ? I can’t remember a thing.” 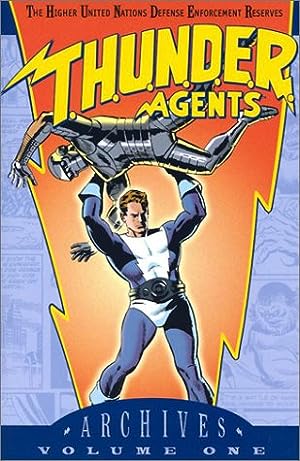 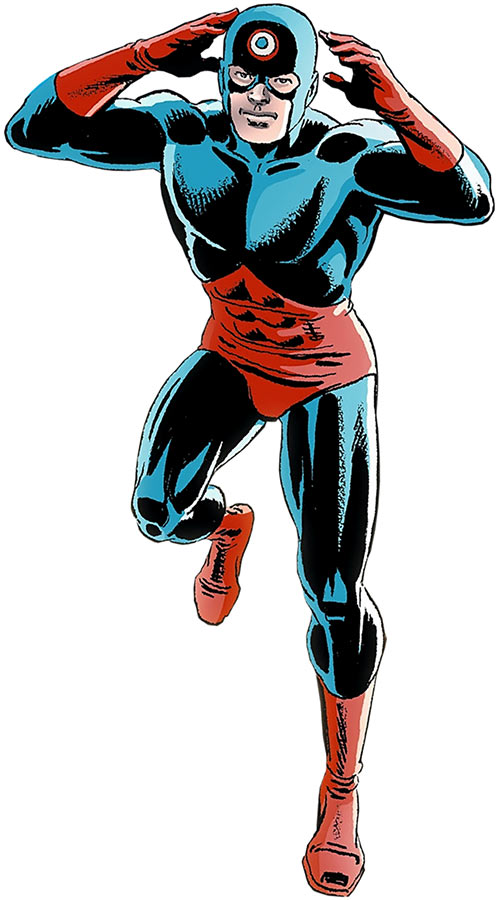