Mer-Man did not appear in the She-Ra animated series. He could have challenged Mermista.

Mer-Man is half-man half-fish. Being amphibious gives him an advantage when fighting under water.

He has a muscular build with “Class 5” strength.

Proficient with magic, he’s also versed in the use of most technology.

Mer-Man uses medieval weapons. His preference is a sword (something like a Greek xiphos) or a two-pronged energy trident.

Like Beast-Man, Mer-Man may telepathically control beasts. His power is limited to sea creatures.

Years ago, Mer-Man tried to capture Zoar the falcon.  Zoar would be his sacrifice for the Sea Demon, Bakkull. Mer-Man was defeated by a young Man-At-Arms but vowed revenge.

Skeletor summoned Mer-Man to Snake Mountain along with other warriors. They made an attack on Castle Grayskull. Mer-man helped force open the Jawbridge. He-man was there waiting for them. Mer-Man was quickly disarmed and tossed in a nearby mud pit. He rejoined his defeated crew later.

Teela traveled to the Oracle of the Crystal Sea. Skeletor spotted her on his crystal ball. Mer-Man demanded revenge on Man-At-Arms. He would capture Teela, Man-At-Arms’ adopted daughter, and sacrifice her to Bakkull, the sea demon. He-man and Battle-Cat arrived in time to save Teela.

No one is a match for Mer-man underwater

He would meet He-man and his friends many more times. Sometimes, Skeletor teleports Mer-Man out when things go wrong. Other times he is left to find his own way home.

Skeletor usually orders him to guard the lower portions of Snake Mountain. If there is water on a mission Skeletor sends Mer-Man.

Half-man and half-fish. Mer-man has a fishy head with fins. His mouth is broad filled with sharp teeth. His skin is a dark blue-green with a fishy smell. He speaks in a gargling voice. 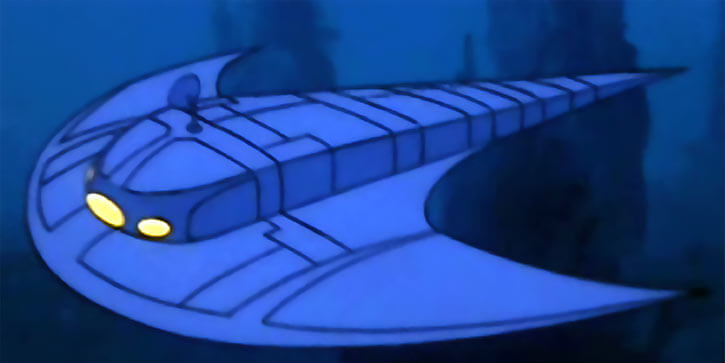 Mer-Man wears a yellow chest-plate. His boots and gloves are also yellow. His barbarian fur shorts are orange.

Mer-Man doesn’t carry a weapon unless his task requires it. He prefers medieval style melee weapons.

If the script requires it, Mer-man will unintentionally leave behind seaweed.

Mer-Man can be a brute, laughing when besting opponents. Yet he is cowardly when he is on the losing end.

His relationship with Skeletor is an odd one. Of all Skeletor’s warriors, Mer-Man is one of the original but also the most ignored. Maybe because he is almost always paired with Trap-Jaw or Beast-Man. Mer-Man works well with anyone but prefers being on his own.

Like many of Skeletor’s warriors, Mer-Man began as a competent agent in his own right. After some time working for Skeletor, he lost his self-confidence and fell to the role of cowering lackey.

If Mer-Man has a friend among the evil warriors, it’s Beast-Man.

Mer-man: “I beg you Skeletor. Let me deal with [Teela] ! Years ago, her guardian, Man-At-Arms, rescued a victim I had chosen for the Sea Demon.  I now demand revenge !”
Skeletor: “So be it !”

Mer-Man: “Uh-oh.”
Trapjaw: “Now what ?”
Mer-Man: “I’m getting a distress call from my Spidersaur.”
Trapjaw: “That old man and boy couldn’t beat that thing.”
Mer-Man: “Turn around, turn around. It was He-man who did it.”

(While in the Desert of the Sands of Time)
“It’s too dry for me here.”

Mer-Man would attempt to wrest the throne of Atlantis from Aquaman.

He could also be a Deep Six ally.

A 525 points Character (Without equipment).

In the episode “Teela’s Quest”, He-Man threw Mer-Man to the ground from the top of a cliff.  Mer-Man formed himself into a ball. He hit the ground, rolled about ten feet, came out of the roll directly to his feet and made his getaway. Hence the high Acrobatics (Athletics) skill.

Mer-Man says he caused tidal waves to ruin the people’s crops. He is never shown using a power to control water, so I assume he used a Ritual to perform this feat (“The Shadow of Skeletor” episode).

The Mer-Man action figure came with a yellow serrated sword. It never appeared in the animated series. However, if you must have it, use the same stats for his Sword above adding Sharpness (Sword EV): 01.]

Source of Character: The 1983/1984 animated series He-Man and the Masters of the Universe. Voiced by Alan Oppenheimer. 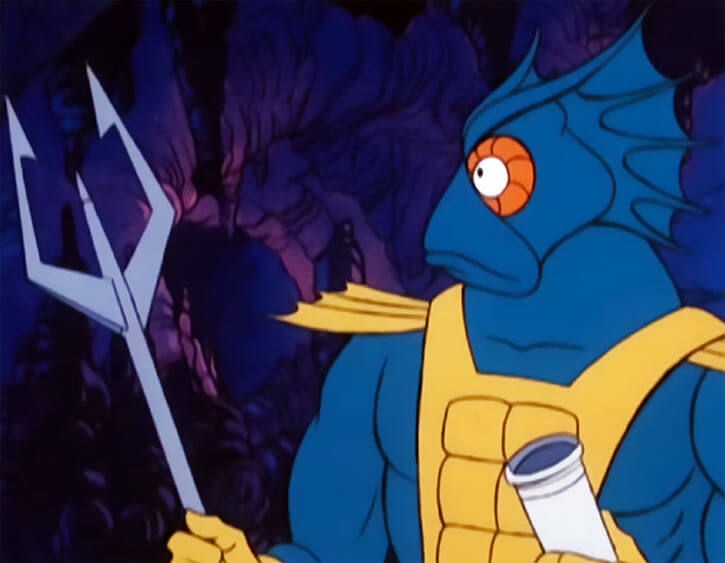 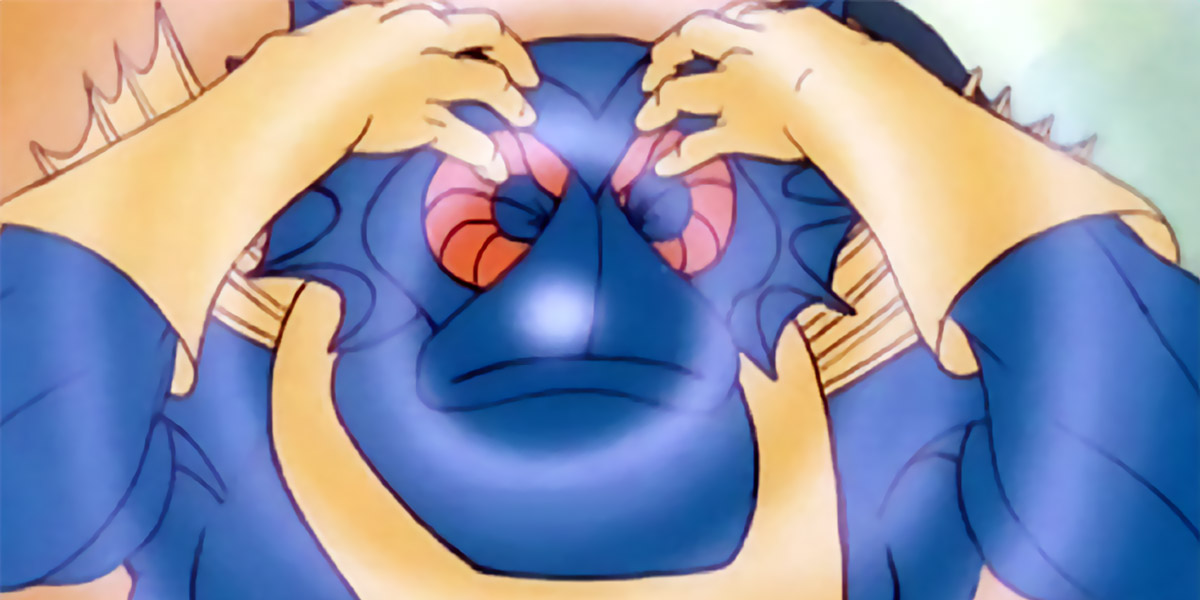