Myron Victor, living in Cosmopolis though soon to move to Megalopolis, was the son of the Patriot (looks a bit like Uncle Sam) and Lady Liberty (not to be confused with any of a dozen other characters by that name).

He was convinced to become a superhero. Mr. Victor thus joined a group of other children of superheroes from the Freedom Brigade. Thus, sort of an early version of Infinity Inc. was formed.

His parents believe in his skills at judo and karate, which have been exaggerated by their sumo friend, Toho. Complaining that he’d be nothing but a fifth wheel, Myron is told that sometimes a fifth wheel can be useful… like a spare tire on a car.

Besides, all of Merryman’s ancestors for a 150 years have been crimefighters, so he was obligated to become one.

After forming the I5 (whose name he suggested), he later began a romance with Dumb Bunny.

He wears a purple jester’s outfit, complete with little bells that jingle as he moves. He also wears glasses. 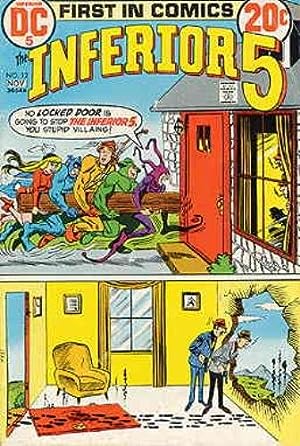