Meryl is one of the main characters in the Trigun manga  and animé . If you’re not well familiar with those, you should read the Vash the Stampede character profile first.

Meryl is a highly skilled field operative for the Bernardalli Insurance Agency. She fairly competent in combat against most thugs. She is thus able to handle herself fairly well in the wild west type world she lives in. Her skill with quick drawing paired derringers is noteworthy.

Her investigative and tracking skills are fairly well developed as well. She was able to track Vash all over the planet.

Meryl carries many many many derringers under her long coat. Since they only have one shot a piece she is rather fond of drawing, shooting, dropping the derringer and going for another one. This works much the same way ninja type characters throw multiple throwing knives. Hence the DC Heroes RPG dart bonus.

She has also been seen driving around in a jeep and riding a tomas (an odd fantasy type steed). Just use standard stats for the jeep and horse stats for the tomas.

Meryl and Milly were first assigned to track down Vash the Stampede. The job was to minimize the abominable threat that he posed to the Bernardalli Insurance Agency with all the property damage that he has caused.

Eventually their information led them to a group of bandits. The brigands’ leader falsely claimed to be Vash the Stampede to take advantage of Vash’s fearsome reputation. Things did not go well and the two of them were taken captive. However, they were rescued by the real Vash shortly after (much to Meryl’s chagrin).

On the road again

Shortly after that they found themselves to be travelling companions of sorts to Vash. Meryl however refused to believe that anyone as idiotic as Vash could possibly be a legendary gunman, despite Milly’s insistence.

Through the course of many adventures she gradually began to realise that he was indeed the legendary gunman. Most of his stupidity was nothing more than an act to conceal his true identity.

She also realized that he was not the fearsome villain that he was made out to be. Meryl gradually became more and more attracted to him as time went by (although she would never admit to it).

Eventually she and Milly became separated from Vash. Then an extremely stressful battle caused the Stampede to lose control of his gun and release it’s true power blasting a hole in one of the moons.

After this incident the Bernardalli Insurance Agency declared Vash an act of God. They now refused to pay any claims related to any destruction he caused. Meryl and Milly were ordered to return to the office.

However, this didn’t last long. The Insurance Agency decided, shortly after, to reopen the investigation on Vash. Meryl and Milly were quickly reassigned to track him down once again. After a considerable amount of searching they were able to find him and once again they travelled together.

This was short lived however as they were both, once again taken hostage, this time by Legato. To rescue them Vash was forced to kill for the first time in his life. He had no other choice, but to shoot Legato and break the mind control over his gang to save Meryl and Milly from certain death.

After that Meryl and Milly got jobs in a small mining town. There, they helped the badly wounded Vash recover. Meryl worked as waitress and Milly in the mines. Slowly recovering, Vash debated whether or not he should continue fighting.

Eventually Vash’s true identity became known. An angry mob attacked and severely beat him. Meryl was able to talk them out of it. She began to show evidence to Vash that was like his former maternal figure Rem.

After this incident Vash decided that he had to keep fighting and went on to face his archnemesis Knives in the final battle. Meryl protested, but she knew there was no other way and she promised to wait for his return.

Meryl is a tiny woman with a very slender build. Her black hair is cut short and she has piercing gray eyes.

She typically wears a white suit with a white duster over it (to conceal her vast array of derringers of course).

Meryl is pretty much the tough no nonsense take charge kind of girl. When on the job she is generally courteous and polite with others and above all professional. However when the chips are down she is strong enough to take care of herself.

She does however have somewhat of a temper. She often lets it get the better of her particularly with Vash and a lot of his sillier antics.

Although she will never admit it she is deeply in love with Vash. This is most likely because of the valor, courage, and compassion that he has shown.

“That’s why we have to find Vash the Stampede and keep him under 24 hour surveillance. It’s the only way to prevent further damage !”

“Pretty pathetic hero if you ask me.” (Referring to Vash)

“All of life’s journeys come with meetings, partings, and reunions.”

“It’s actually him. He’s for real, the legendary outlaw, Vash the Stampede.”

“What are you talking about ? He wasn’t funny ; he was down right weird. Milly, no one in their right mind could tell that goofball was him !” (Referring to Vash)

“And so he finally took his gun into his hand. He pulled the trigger for the first time to save the very people who had tried to kill him.” (Referring to Vash)

“Vash the Stampede. Every time I observe his actions I can’t help but sense something hidden deep within him. Something we can’t begin to understand. But this much is certain. Everyone who has become involved with him has somehow gained an emotion which was once lost.”

“Donuts are his favourite food…” (Referring to Vash)

“On a journey, people will part, but they will meet again.”

“If necessary, we’ll follow him to the ends of the earth ! It’s not only our job, it’s become our mission to track him down !”

Meryl and Milly are pretty much a team and could easily be inserted as is in most settings.

To keep with the concept of her character she could easily be the same insurance agent sent after another misunderstood hero responsible for massive amounts of property damage. 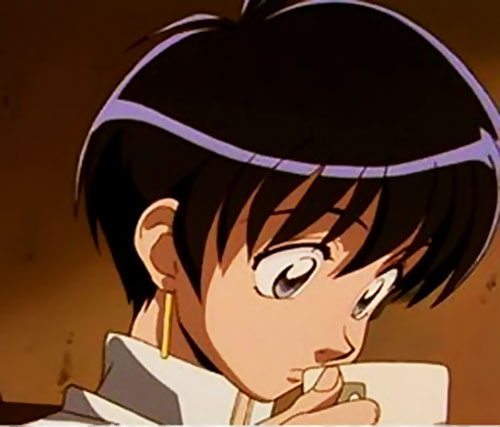 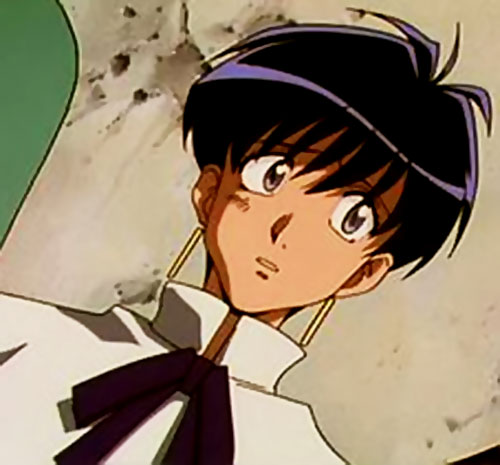 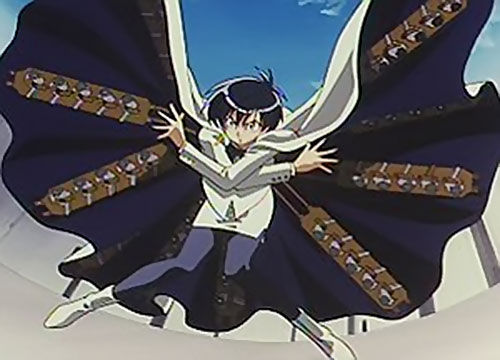 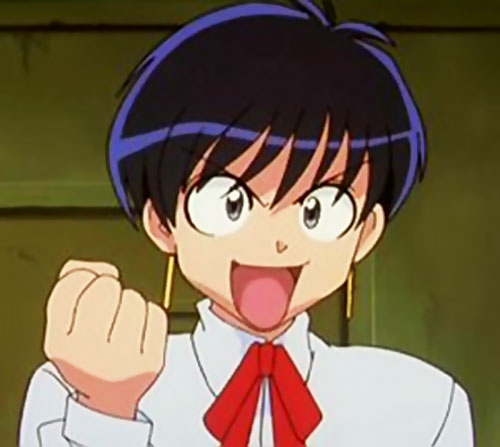 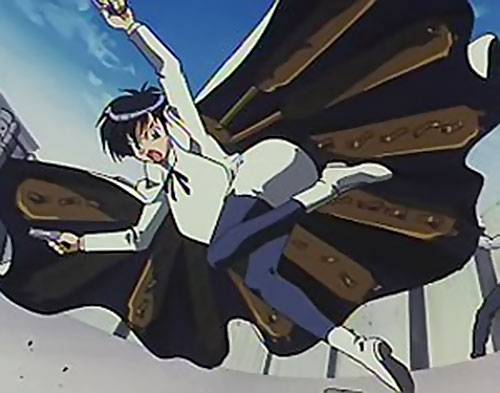 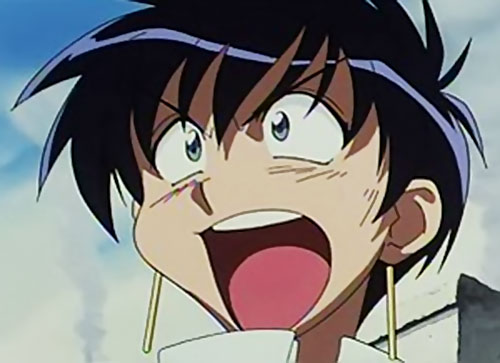