You can also check our FAQ about video game characters. Which discusses such things as adapting and developing the material so it can be used in a TTRPG.

Okay, let’s start with the shooting.

A Mesa-class warframe is a medium-range combat expert. She excels at shooting things, and at not being shot by things.

Mesa can emit an invisible force field. It loosely evokes the multicore cyclonic shields installed on the Normandy in Mass Effect. The field can :

Mesa warframes also have a talent with handguns. This may be a property of the cloned, Infested biological body within. Or it may be optimisations in her hand-eye targeting assist systems. 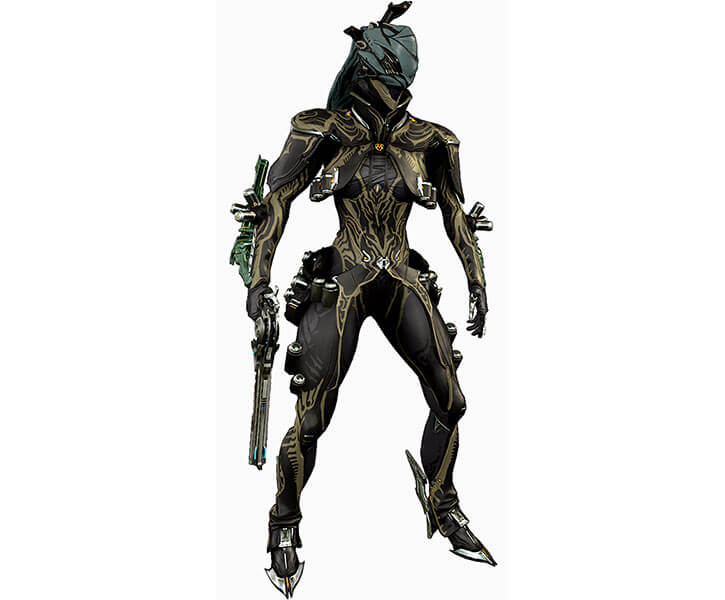 Mesa is equipped with a particularly powerful pair of pistols, called Regulators. These have unusually long barrels, and vaguely resemble the Remington New Army revolvers of the Old West.

Normally, the Regulators are held folded against her forearms – and Mesa uses other warframe-wieldable weapons. They are only used by putting the Mesa warframe in a special mode, nicknamed the Peacemaker Mode. When it’s activated :

As a result, the Mesa warframe will be able to acquire and shoot about a score of targets per second. Anything she can see and is within 50 metres of her is so going to get shot. At superhuman speed and with unerring accuracy.

In Peacemaker Mode, a Mesa can do a sweeping pass to slaughter lesser enemies – for instance to clear the field if she’s too badly outnumbered. Or it can be focused on a particularly tough target that needs to be taken down ASAP.

However, Peacemaker Mode eats a lot of energy and generates a fair bit of heat. 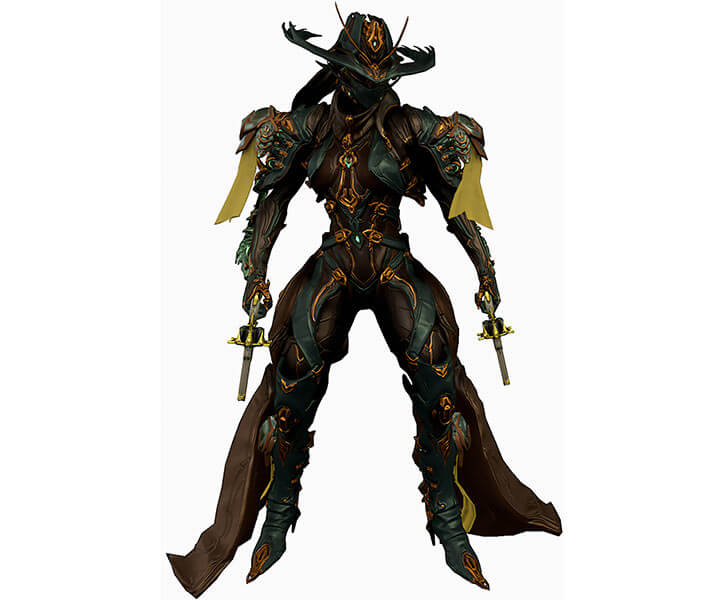 The custom Mesa warframe appearance I use. And yes, the epaulets are a She Wore A Yellow Ribbon joke, because I’m a hilarious bloke. I mean feller.

The “Prime” version of Mesa warframes (the one used in most illustrations here) has a strong cowgirl visual theme.

She’ll put a yee in your haw. In space.

It evokes a masked Old West vigilante, with riding chaps, a cool hat and a pair of big irons. 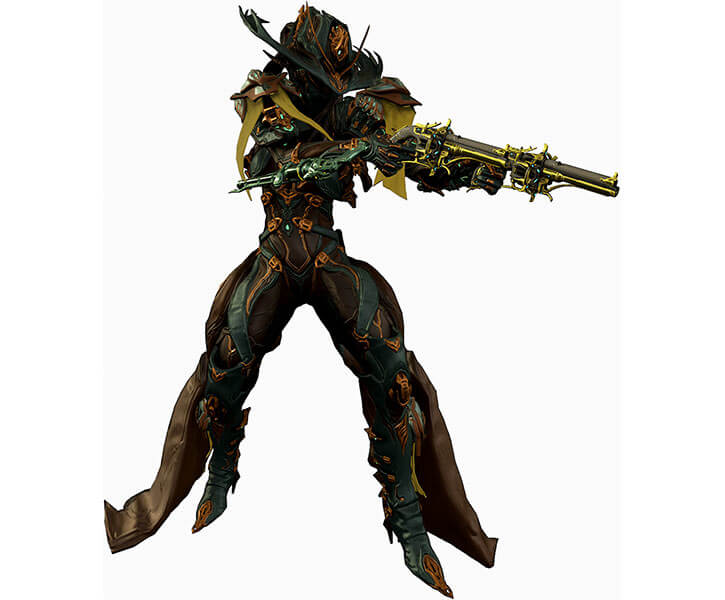 Aiming a brace of vasto prime revolvers. So there’s both the vastos (dark beige and gold, held) and the regulators (greenish, folded against the forearms). 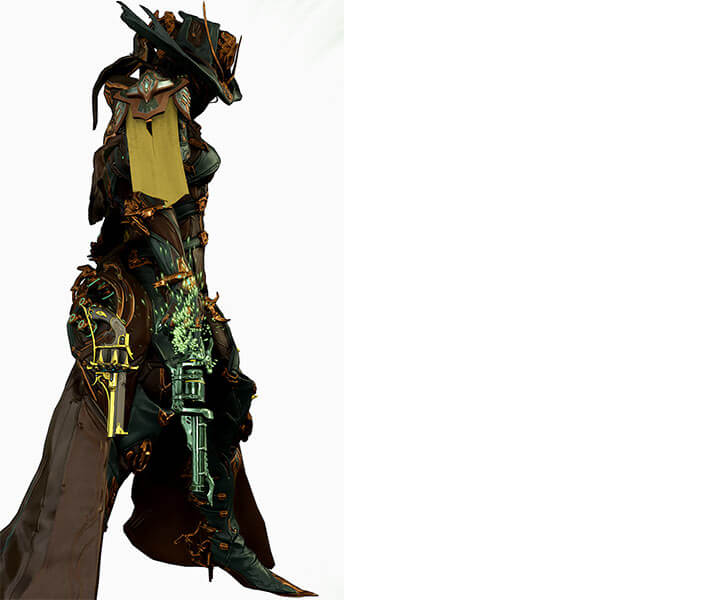 Regulator revolvers deployed. Note the shower of sparks around the forearms as the servos get overlocked and enter peacemaker mode.

These stats reflect my circa-2020 Mesa “dura pistolera” build, since it’s what I know best. I barely ever use her 1 or 2, and mod more for durability than for energy. Which means Peacemaker will be used in short spurts, rather than go aimbot all through a Primed Flow-sized energy reserve.

No Reflection/Deflection. Warframe typical video game shootah asymmetry where enemy gunfire can be dangerous for the players, but not so much for the enemy.

So merging the weapons damage boost and the reflection damage as Enchant is simpler and models what’s going on in-game.

I also went for simplicity with the Flash thing to model weapons malfunctioning. It’s loose modelling, clearly, but it’s clean and standard.