Tia has the ability to create and manipulate any form of metal. That includes nearly indestructible lightweight alloys. She uses this to:

She can fly through the air by creating metal armor, or at least enough parts to carry herself with. She can also tear any metallic weapons, armor or equipment to shreds and/or use it as flying weaponry.

She is also in excellent shape, learned how to protect herself on the streets, and has received additional intensive training in armed and unarmed combat from Amita Kirby’s organization.

She is a gifted musician with a beautiful voice and excellent guitar and drum skills.

If Tia experiences intense pleasure, whether through drugs or other forms of stimulation, she loses her powers completely.

Tia was born on the wrong side of 8 Mile in Detroit . Her alcoholic father was abusive, and her mother a wretched drunk. She essentially raised her younger brother Billy, trying unsuccessfully to shield him from the gangs she found herself involved with.

Eventually she found her calling in heavy metal. She moved out to L.A. to start a band and make it big.

She was having mild success in the local scene when she caught the attention of Amita Kirby, a.k.a. Mistress Math. Amita was looking to start a superhero team. She needed someone aggressive, who could be trained to be a tough fighter. And smart, yet not too smart to be manipulated.

She also needed someone who was beautiful and talented enough to fit into the team’s cover image of a group of gorgeous, hard-partying stars with super powers. Tia fit the bill in all but one area: she needed super powers.

One day, Tia was hanging out at a bar after a gig, without her band. She was approached by a handsome, buff, charming guy who said all the right things and made all the right moves. She awoke the next morning in a strange bed, with the worst hangover imaginable; Her lover was pinned to the ceiling with daggers, dead and still dripping blood.

In her shock and panic, she caused metal objects to fly around the room and change shape. She searched frantically for her clothes, only to find that she was now somehow clothed in a chain mail bikini. She ran back to her apartment and shut herself in, still reeling from the experience and unable to accept what was happening.

Over the next few days, she managed to pull herself together. She discovered that she had the power to create metal as well as move it. Then she happened to see an ad – which, unbeknownst to her, only appeared on her TV. It was an ad for the Kirby Foundation, offering to help people cope with unwanted metahuman abilities, and possibly to be rid of them.

Tia eagerly sought out Amita Kirby’s help in dealing with her experiences. She confided in Amita the whole story of what had happened. Strangely, she was never contacted by the police, and never found a report of the incident in her few search attempts. It was as if the man never existed.

In fact, the man was an agent of Amita Kirby. He had been sent to dose Tia with a drug that would give her a random metahuman mutation. The operation was deemed an unqualified success. Tia’s abilities even had a specific weakness known to Amita: they fail completely when Tia is subjected to intense pleasure.

Amita stocked up on drugs and other tools to take advantage of this weakness in case it ever became necessary. However, Tia was grateful to Amita for her help in learning how to control her powers. Amita has also given her heavy metal career an incredible boost.

Welcome to the fold

She was now a successful artist with a major label contract. She appears on the covers of industry magazines and tabloids on a regular basis. Tia also wasn’t looking to disobey someone who knew she had killed someone.

Amita now had a superhuman operative she could control, the first step in forming her planned superhero team The Femtastic Five.

Tia is aggressive in and out of combat. She knows what she wants, and she takes it. She is willing to severely harm, or even kill, to protect someone she cares about. She might also threaten or kill to protect the secret of the death she caused.

She has a certain sense of responsibility driven by the power she wields, especially given the circumstances around her discovering it. But she is first and foremost a heavy metal rocker, a party girl who thoroughly enjoys being a celebrity superhero.

She likes to play gigs, drink, lose her worries in men, and save the world – not necessarily in that order. She set out to be a star, and she became a living goddess. She’s living her dream life.

Tia is a blonde bombshell. She has the sculpted figure of a heavy metal album cover warrior goddess. She likes to flaunt it in chain mail bikinis and other revealing metallic outfits.

She wears a lot of makeup, including heavy eye shadow and blood red lipstick, and sports primitive metallic nipple and tongue piercings. In heavy combat, she will cover up with ornate metallic armor made of lightweight superalloys.

Metal Mistress is a member of the Femtastic Five, which would be L.A.’s premier celebrity superteam. There doesn’t seem to be much competition for the role, at least in current DC continuity. 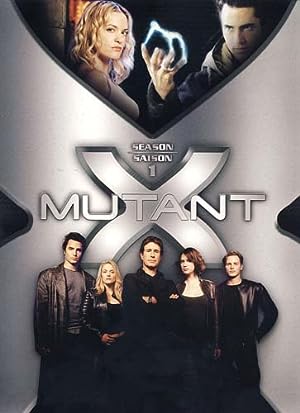 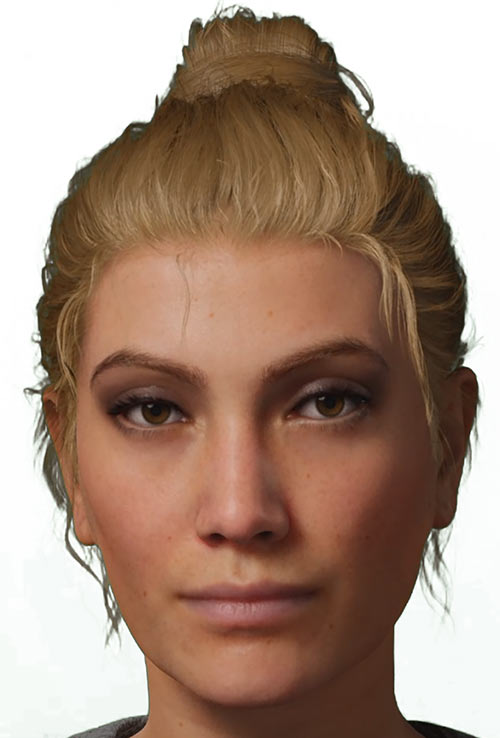 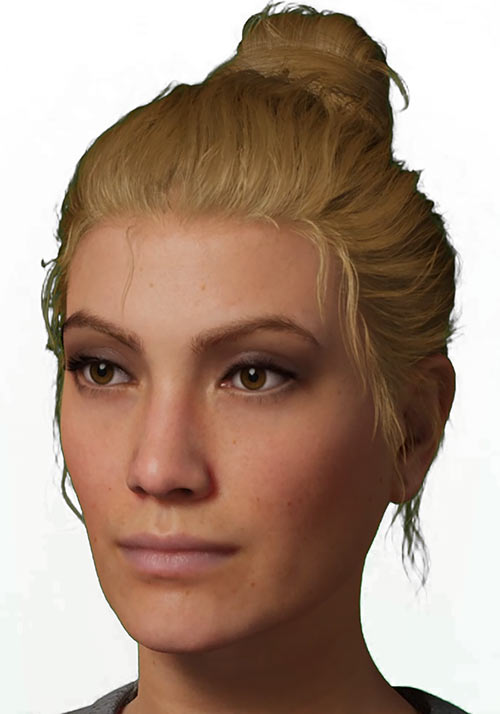