He’s at best a footnote, but we like big robots.

The Metalloid is a large robot.

Its strength and endurance are loosely comparable to the Thing’s. It could easily carry and even throw a bank vault that presumably weighted 50 to 100 tonnes.

It also traded blows with Ben Grimm for several minutes, even briefly getting the upper hand on a lucky punch.

Just heat it, heat it

The Metalloid could superheat its surface, usually to burn and melt something it held in a bear hug.

But generating that much heat took time. And it seems that the robot needed to redirect its energy into it.

Superheating its surface couldn’t be used as a passive defensive measure. Somehow. For instance Tigra could drop-kick the Metalloid without burning herself, even though she thought she’d get scalded. 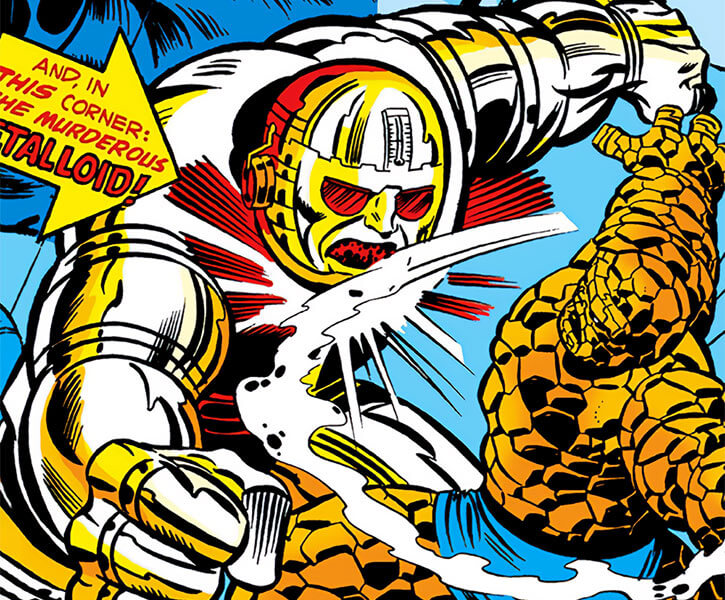 The Metalloid is generally assumed to have been a creation of the Mad Thinker. But this remains unproven.

In 1976 it wrecked a bank in Manhattan. The robot ripped the entire vault off the foundations and carried it away.

Later investigation revealed that the Metalloid had been inside the bank the whole time. Presumably in a storage unit.

The Thing (Benjamin J. Grimm) and Tigra (Greer Nelson) were having dinner at the restaurant next to the bank. They intervened and beat the Metalloid all the way to the East River.

There, they destroyed the robot on a garbage scow.

The Thing accidentally broke the scow. But with the Impossible Man’s help they recovered the debris from the bottom.

The military wanted to take hold of the debris. But the Thing and his associates carried the carcass to the Baxter Building.

Nothing else is known. Even the name “Metalloid” is only used on the cover.

In particular, why the robot suddenly activated was never determined. 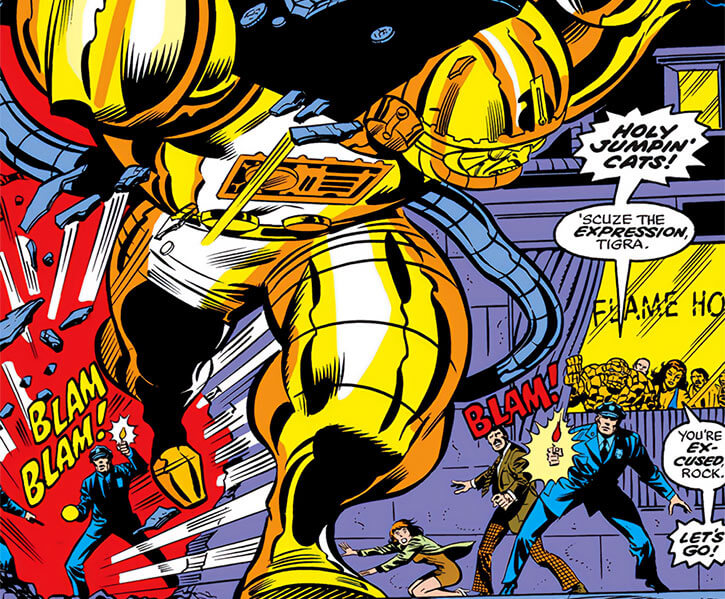 But it has an AI that can employ basic tactics and conduct fairly complex missions.

So no, no Flame Being. One assumes that heating one’s outer shell would mean Flame Being, but it doesn’t perform that way in the story. 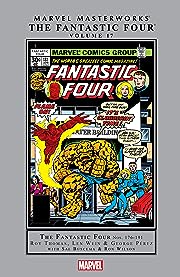 Superheated bear hug ● 1 point Feature ● Descriptor: Technology, heat
The Metalloid can superheat its outer shell. Moving for more than a few yards during a Round will spoil this process.
When heated, the Metalloid’s Grab actions have a Linked heat Damage effect. It starts with 10 Ranks, and gains one more Rank per consecutive Round up to a maximum of 16 Ranks.

PL 11 in general, but much more of a problem for characters who primarily rely on Fortitude or Will effects. Or who can’t beat his Impervious Stamina.