Metamorpheus can alter his shape in limited ways. He can:

He’s also able to read a target’s memories at a touch. This is useful if the team can capture the person they want him to impersonate.

His identity and the origin of his powers unknown, Metamorpheus was first heard of as part of the Task Force X team. This group was reformed under the Cabal, a shadowy government organisation trying to control super-heroes.

The unit’s first known mission was eliminating the Cabal agent Blacksnake. Arrested after his involvement in actions against the Atom (Ray Palmer), Blacksnake had offered to make a deal, revealing what he knew about the Cabal.

Task Force X infiltrated the police station where he was being held. Metamorpheus killed Blacksnake and a number of officers. They then blew the place up to cover their departure.

They were next sent to Diabloverde. That was where the Cabal’s new Suicide Squad had been set up to help its oppressive dictator maintain his rule. Amanda Waller had heard about their activities, and took her Suicide Squad there to deal with them. Task Force X’s mission was to eliminate Waller and the members of her Squad.

Kaliber and Metamorpheus subdued Nightshade, but she escaped before they could finish her off. The rest of the team met with varying success, with some wounded opponents, but no kills. Sidewinder was badly wounded, resulting in Pathfinder ordering Kaliber to finish her off.

They followed Waller’s Squad into the jungle, where they were pulled into a fairer fight. Metamorpheus battled Bronze Tiger, until shot from behind by Deadshot. It was stated that the surviving members of Task Force X would have to cooperate since the Cabal would want them dead for their failure.

He next appeared among a group of metahuman mercenaries hired to kill Deadshot, along with the other members of Task Force X (including the supposedly dead Sidewinder).

Metamorpheus impersonated Deadshot’s girlfriend, with Kaliber holding him at gunpoint, but Deadshot saw through it and shot him.

“Alert others. She will. Find remaining Task Force X. This is not good, Kaliber.”

While he can alter more than just his arms, having projected spikes from his back, I’ve stuck with Omni-Arm rather than Self-Manipulation. He hasn’t shown full body shape changing (apart from the Chameleon stuff), so it’d have to be heavily modified. 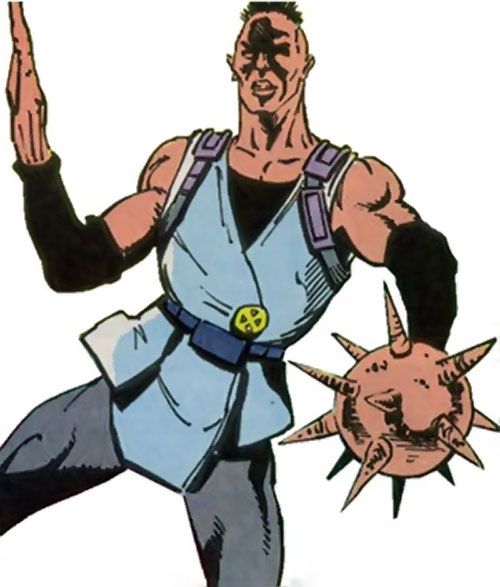 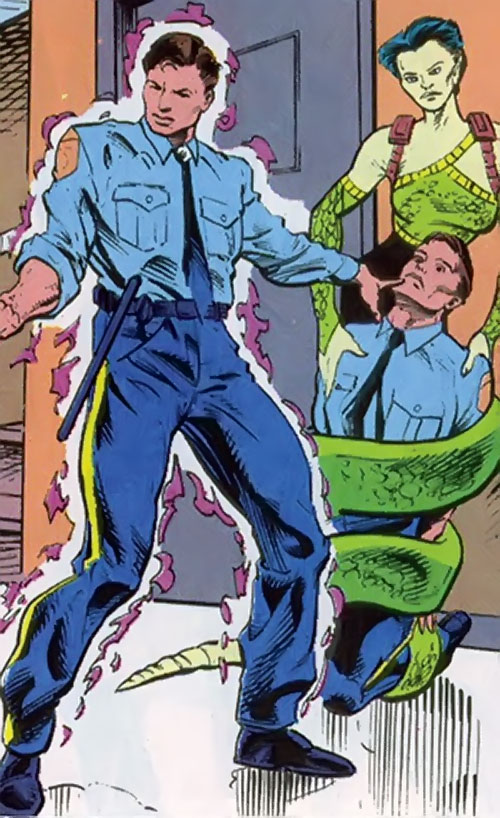 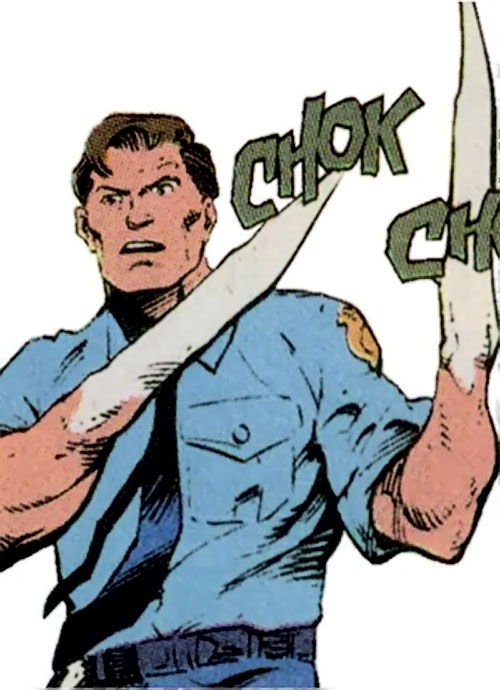 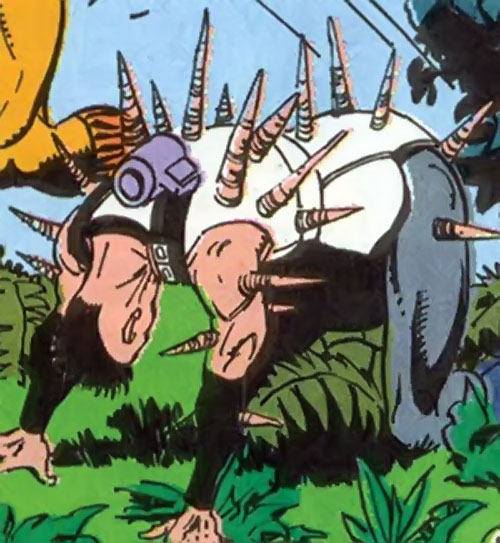