The Meteor Man actually is quite powerful. He is very fast and nimble, durable and extremely strong. Physically he’s more powerful than Spider-Man himself, but his lack of experience in physical combat makes him Spidey’s inferior. It has been hinted at that he’s almost invulnerable and cannot be physically killed.

Although he believes he is the greatest scientist in mankind it’s far from the truth. He does, however, have some abilities as a gadgeteer . For instance, he has succeeded in building some really powerful gadgets although most gadgets malfunction upon their first use. Strangely some work perfectly, surprising even himself.

He also possesses sundry thieving skills, and can handle handguns.

Norton G. Fester was a crackpot scientist. He believed that he was a genius, even though he had failed science courses in high school.

One day he found a meteor fragment that he had seen landing. He wanted to prove his theory that meteors contain microscopic living matter. But all his attempts to raise money for research failed, so he studied it as he could.

He did this by chipping away a piece from it, which released a pocket of gas from its interior. Fester breathed the gas as it clung to him, then passed out. When he awoke later he discovered that he now had superhuman strength and leaping abilities.

Fester immediately made a special suit for himself. Then he committed a series of bank robberies under the name of the Looter. Since he worried that his powers might go away, he seized more meteors. But when the dreaded Looter attempted to take a meteor at the local Space Exhibit, but was stopped by Spider-Man. Fester escaped, but without the meteor.

Days later he attempted to steal the meteor again. But Spider-Man was waiting for him, and Fester ended up in jail.

Years later Fester was still serving time in prison being a model prisoner. A fellow prisoner asked Fester why he hadn’t used his superpowers to escape from jail. Fester hadn’t thought of it (!), so he promptly used his powers to escape.

Since Fester’s arrest Kyle Richmond, alias Nighthawk, had bought the meteor from the Space Exhibit. Fester immediately stole if from him and had a run in with Nighthawk, but successfully escaped with the meteor.

The Valkyrie was told about the theft. She decided to team up with Spider-Man who also was hunting Fester (who now called himself the Meteor Man). When they found Fester he was escaping after stealing a small figurine sculpted from a meteor. Spider-Man attempted to fight the Meteor Man, but Valkyrie punctured the balloon and they both fell.

Spider-Man was caught by Valkyrie, but the Meteor Man hit ground. His superpowers allowed him to survive the fall. Thus, Fester was again imprisoned.

There were giants on the Earth in those days

Years later, again, Fester escaped and had a run in with Giant-Man II (Bill Foster) and Spider-Man. Fester managed to steal an experimental microwave generator and got away. However, Spider-Man had put a Spider Tracer on him before he escaped.

While Spider-Man and Giant Man were tracking Fester he was busy building his latest “invention”. It was a variant over a basic design he had seen in an old issue of Popular Mechanics (!).

This invention somehow drew raw energy from the meteors in his collection and transformed it into microwave energy. This energy was then routed to a backpack Fester was wearing. The backpack then transmitted the energy directly into Fester’s nervous system.

Spider-Man and Giant-Man arrived just as Fester had activated the invention. Surprisingly enough, the invention actually worked. The glowing Fester began growing, as his strength increased steadily. Fester had no trouble beating the heroes and he soon reached the height of a tall building.

Fester had, however, survived. He returned to loot money so that he could buy the next meteor he was after. After some success (he was actually celebrating with champagne in his secret hideout !) he again was captured by Spider-Man and put in jail.

The Meteor Man costume always has, for some reason, appealed to me. I even had a vigilante hero as player character once with almost the same costume; it’s just the sort of thing I personally would wear if I had physical superpowers 🙂

It’s a full body costume covering every part of the body. It goes in two colors; purple and white in an interesting motif. The third color of the costume, black, is marking his eyes in an upwards extending way. Just check out the illo for this cool costume !

Norton G. Fester alias the Meteor Man is a man full of himself. He believed himself to be a scientific genius destined for great things. Although he might not possess the skill for science he at least has the will for it. Many of his gadgets have malfunctioned, but some have actually worked as expected.

Fester is a very arrogant man, believing that no one has the right or abilities to interfere with his schemes.

His schemes are often cribbed from someone else’s plans since Fester isn’t very original. Many of his plots have been about gathering further meteors for either increasing his powers or reviving his powers in case he ever lost them. Fester also believes himself to be a real master criminal. He is the type to drink a toast for himself in his secret hideout.

Fester’s main flaw is his inability to draw any useful conclusions. He has often stolen money so as to buy supplies. It seemingly never occurred to him that perhaps it might be easier to simply steal said supplies. It’s hard to find a more thick-skulled Spiderfoe… this one just never learns.

The more he does it the more he likes looting. It has become a mantra for him since he always attempts looting even though there are other ways to gain what he’s after.

He’s a man of action and will run straight into the bank, rip open the vault door and loot for all he’s worth. Of course he steals money even when he’s in no need for any. Lately he has, however, been working behind the scenes sometimes.

Lastly, Fester is terribly bad at handling people and therefore has no allies or friends at all. Of course, that might be good, since it leaves more loot for him alone after a heist…

Hmmm…just put him in as he is. He would fittingly be opposed by the likes of the Blue Beetle or the Blue Devil. Fester can also keep his origin as is, but given his inability to realize things he might have been superpowered his entire life without knowing it…. 🙂

This advantage is a watered down and alternative version of the Stroke of Genius advantage from the Sidekick Sourcebook. A Character with this Advantage may use his/her Gadgetry Skill to create items or devices that use technology which is unavailable in the ’real world‘ of the late 20th century (i.e. teleportation devices, force field belts, etc.).

Additionally, the Character does not have complete control over his creations. Sometimes the creations works like planned and sometimes they will have completely different, often negative, effects instead.

Any time a creation is built using the Erratic Genius Advantage the GM rolls an hidden Action check (needing 11 on 2D10 to succeed) for the creation to work as intended. This roll can be made the moment the creation is activated and may give rise to interesting situations… 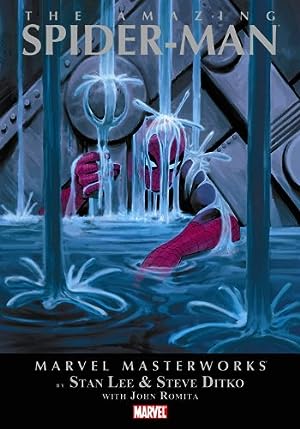 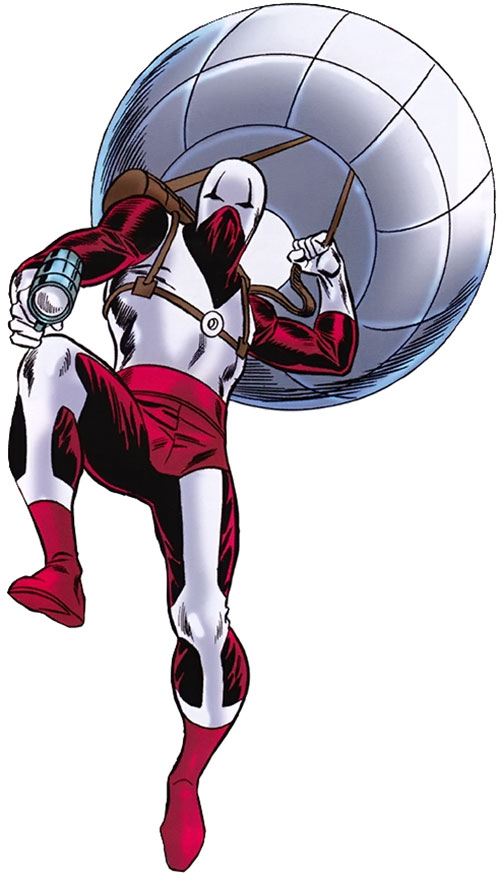 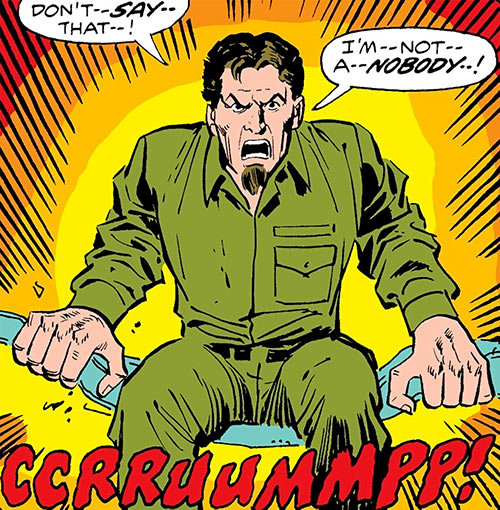