Valerie is a highly accomplished pilot.

The Meteorite suit utilises hard air technology in a variety of ways:

Valerie is the daughter of mercenaries Donald Clendenon (who would later become the super-villain Cardinal, and then Harrier) and Amelia Barnhardt (nicknamed ’Sprocket, who would later becomes the chauffeur and pilot for the New Warriors). However, her father was unaware of her existence until after her death.

She was enrolled in military academy at age six, and in the air force at 18. When her commanding officer tried to rape her, a couple of years later, she left him paralyzed. She thus ended up in military prison.

She was approached with an offer to cut short her sentence by taking part in the government’s Redeemers program. She agreed, and was given the Meteorite suit.

The Redeemers were sent to try to foil Henry Gyrich’s plot to take control of all superhumans using a nanite virus. They were caught by surprise, infected with the nanites, and forced to protect him from the Thunderbolts. They were freed from his control, only to discover that Gyrich himself had also been infected by similar nanites, and was acting under someone else’s control.

When the Thunderbolts were offered pardons, provided they stopped costumed activities, Jolt and Charcoal joined the Redeemers. The group then took up residence in the Thunderbolts base in Mt. Charteris. Valerie struck up a friendship with fellow Redeemer Leila Davis (Beetle II). 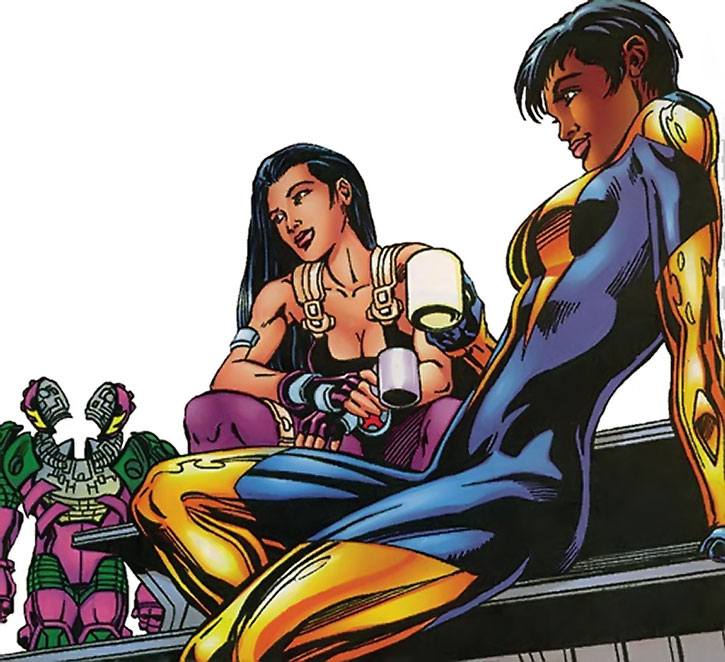 Captain America temporarily replaced Citizen V, during which time the group travelled to Latveria. There they had to fight the Young Allies from Counter-Earth, who were threatening eco-terrorism against Doom’s homeland.

Soon after Citizen V returned to lead them, the Fixer accidentally released the extremely dangerous Humus Sapien on the world. As soon as the Humus Sapien left Earth, the side of the mountain around their base was ripped off by Graviton.

Disappointed at not finding the Thunderbolts, Graviton settles for taking it out on the Redeemers. After he crushed Charcoal into dust and ripped Jolts electric body apart, he sent Meteorite hurtling into orbit. Her limited air supply didn’t allow her to survive for long, and she presumably died in orbit.

Aggressive and foul-mouthed, Meteorite is confident in her abilities. She won’t tolerate being taken advantage of. She has a quick temper, especially against men.

“Lady, I could care less if they slapped a road sign on my ass and called me ’slippery when wet‘ ! I only got into this gig in order to get out of this mess !”

The Redeemers were a branch of Suicide Squad set up to take advantage of super-technology confiscated by the government. They located appropriate people, usually those somehow associated with supers, who were in trouble with the law, but who weren’t necessarily hardened criminals. They provided them with super-technology, allowing them to redeem themselves by working on missions.

Valerie was given a place on the team because her mother’s sister, Amanda Waller pulled a few strings to get her the opportunity. She was part of the rescue mission to Apokolips. She was killed saving the life of her cousin, Flo Herring, who kept hold of the costume, considering one day wearing it herself. 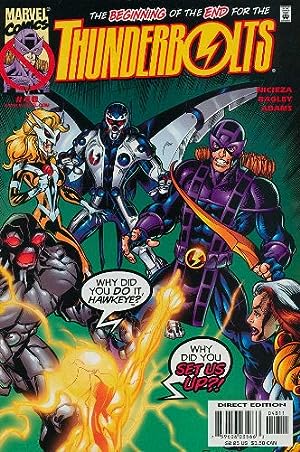 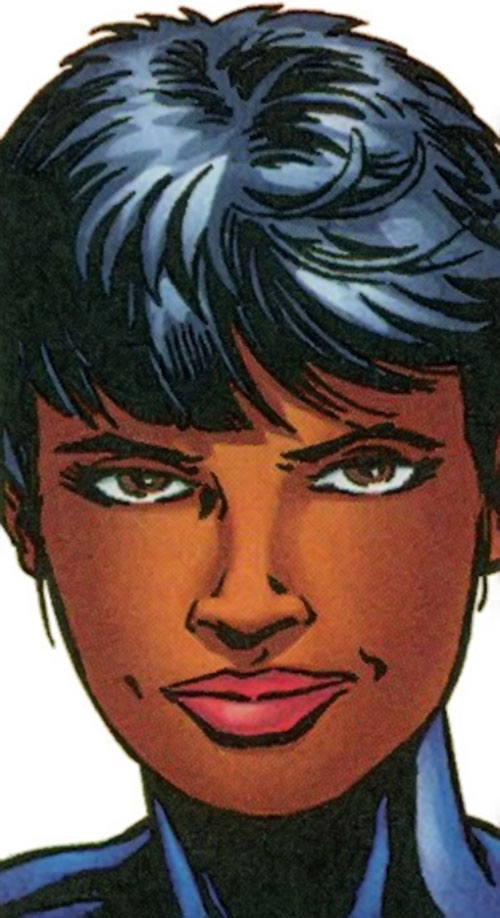 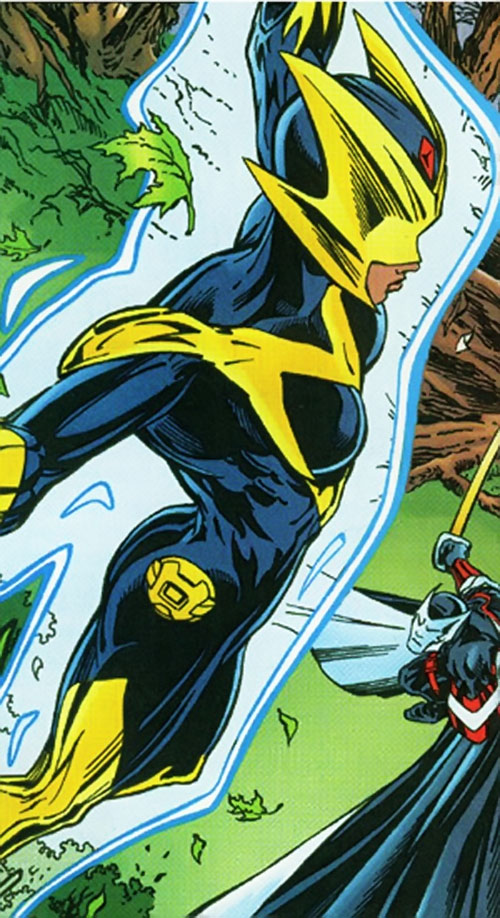