Mi-Na has been trained in the study of martial arts practically from birth by her father.

She’s still far from being world class, but she’s improved quite a bit after receiving training from the Edge Master and Kong.

Mi-Na’s a particularly cute Korean girl in her prime who runs around in skimpy clothing. Her main costume is a half shirt that exposes an ample amount of cleavage. The bottom is a short skirt with the sides exposed. 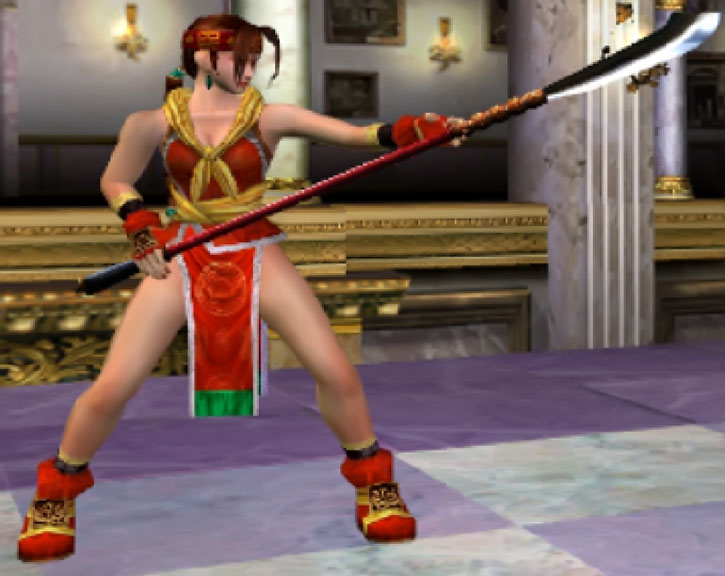 The costume seems to be vaguely Korean style from around that time period. Her other costumes are also Korean influence and cover a little bit more, but she still insists in wearing miniskirts or if she goes for more traditional longer dresses with some very high slits on the dresses. A couple of her alternate costumes have her running around in bikinis.

In almost every costume she wears her long hair braided into a single ponytail and wears a headband with Korean artwork on it.

Mi-Na’s gone through quite a bit of character development. Originally she was a headstrong brat. She was extremely impulsive and tended to run away if problems arose at home. 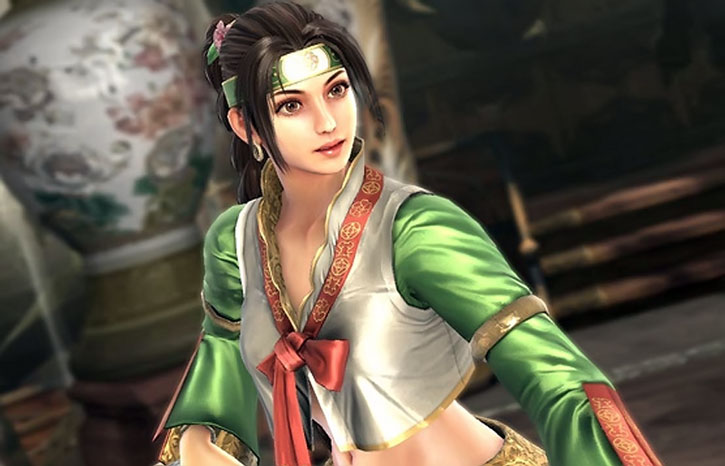 After several journeys traveling the world and suffering several humiliating defeats she’s grown into a mature woman. She still has a fierce independence streak, but merely wishes to do the right thing and protect her country.

“Look’s like we’ll have to settle this the hard way.” 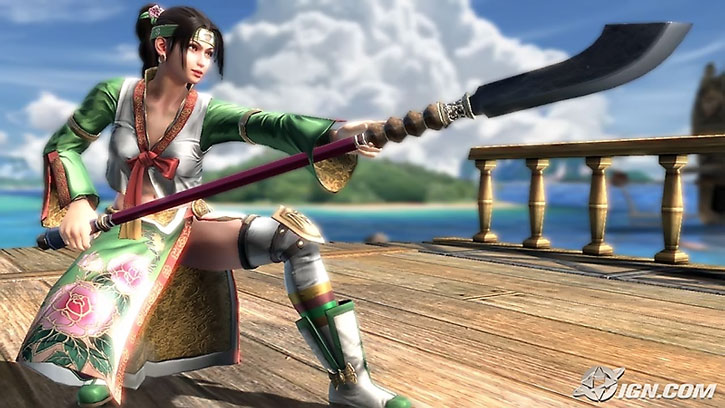 “Mi-Na: I’ll see you again !”
Edge Master: “It might be fun to bring Yunsung along next time.”

“Soul Edge is an evil power that brings on disaster. There’s no way that thing will save our country !”

Drawbacks:
Misc.: Mi-Na is a woman in 17th century Korea which gives her a number of miscellaneous drawbacks. First she was barred from joining the coast guard due to her gender. Secondly she is expected to marry whoever her father dictates a suitable husband for her. Although she’s been largely dodging this by running away every time wedding bells draw near.

Equipment:
Scarlet Thunder [BODY 05, EV 05, R#00]. Mi-Na’s Zanbatou is one of the heirloom weapons that are passed down through the Seong family. Mi-Na had been playing with it since she was in diapers (great parents let their kids play with knives on sticks, you know), so she was used to the weight. Because of this, she took it with her whenever she ran away.

This weapon is considered master work and thus has slightly higher stats.

Mi-Na’s skills were so low originally that it’s a wonder that she didn’t get killed.

In her first appearance her Dex was an 08, she had no Martial Artist SKill, her Weaponry (melee) was but a 03 and her HP were only 020.

After training with Kong it was upped to a 04 and her HP were 030 and she gained Martial Arts: 02 and after training under the Edge Master they went up to their current levels.

During her very first appearance Mi-Na was only 16 and had the Age (Young) Drawback. 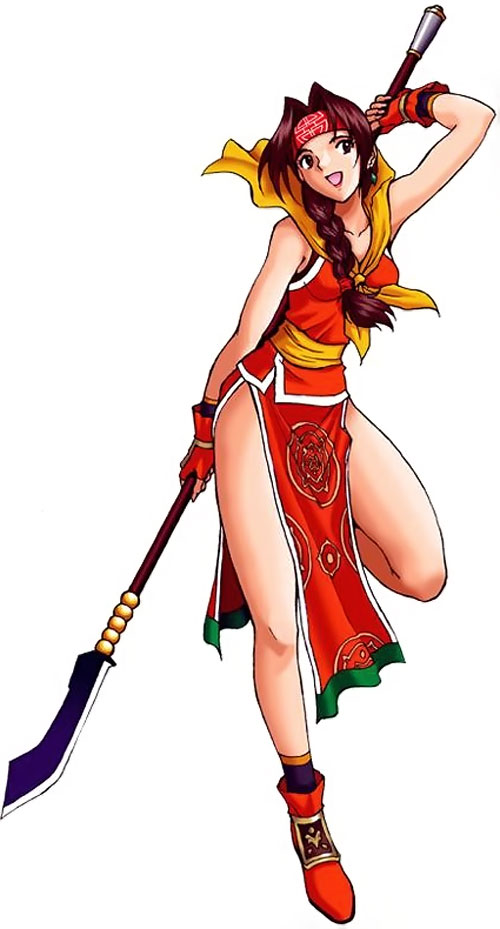 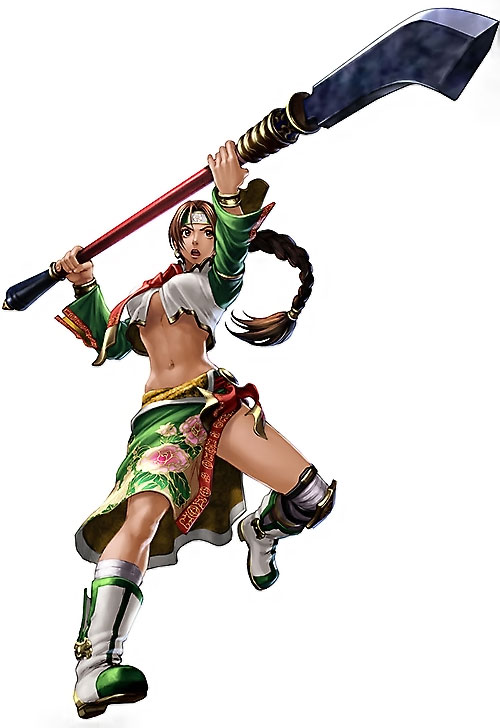 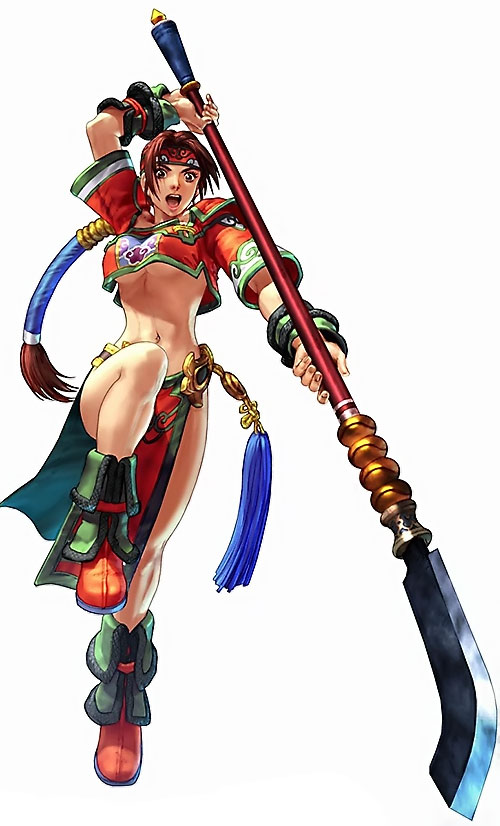