Modus Operandi:
The Rangers are generally summoned by Zordon to directly intervene on the earth’s behalf when one or more of Rita’s minions attacks. Once the threat has been dealt with they return to their ordinary lives.

Major Funding:
Not Applicable, all of their resources are generated by Zordon.

Organizational structure:
While Zordon guides and mentors the Rangers, Jason initially led the Rangers in the field. As the series progressed, Tommy eventually assumed leadership of the Rangers.

The obviously alien being introduced himself as Zordon, and revealed to the five friends that a great evil named Rita Repulsa had been accidentally freed from her imprisonment on the moon and planned to conquer the earth once more.

Rita was an powerful sorceress that had battled Zordon thousands of years in the past, but was defeated through the use of 5 mystical coins and Zordon’s own powers.

Before she was imprisoned, Rita used the last of her strength to trap Zordon in a time-warp, preventing him from fully manifesting himself in present day. Thus he needed proxy’s to act through. He told his assistant, Alpha 5, to find him five humans that could fulfill his needs.

Of every human on Earth, Alpha 5 picked Billy, Kimberly, Jason, Trini and Zack. The five friends had been chosen to defend Earth from Rita’s threat as the super-powered group known as the Power Rangers. He then gave each of the teen a “Power Coin” and a “Morpher” they could use to activate their abilities.

Unfortunately for Zordon, the five teens reacted in the same manner that most rational people would have. They met his words with scepticism and disbelief. After thanking him for his faith in them, the five teens politely turned down his offer and wandered out of his Command Center.

When the five teens exited the strange building, they found themselves standing on a high mountaintop. Left with little choice, they began to cautiously pick their way down the mountainside. As they did so, they soon found themselves under attack by a squad of Rita Repulsa’s warriors, the Putty Patrol.

Despite their initial shock, the five friends used every scrap of their martial arts skills in an attempt to fight off the Putties, but they were no match for the Putties’ supernatural strength.

When all seemed lost, Jason remembered Zordon’s words and the Power Morphers that he had given them. Seizing the moment, Jason quickly reminded the others of Zordon’s words and told them to use them. Despite the ridiculousness of the situation, the five teens grasped the Morphers in their hands and called out to the totem animals that activated them.

As the words left their lips, the teens summoned the power that Zordon had entrusted them with and found themselves clad in form fitting spandex costumes. In that instant, they had become the Power Rangers. 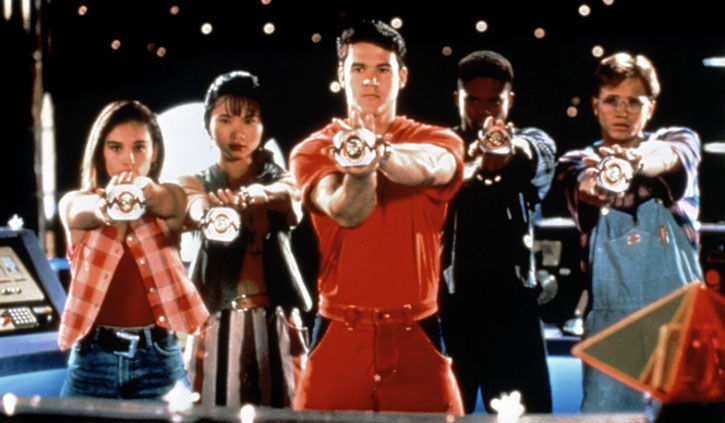 With Zordon’s power coursing through their bodies, the five Rangers easily defeated the Putties who had been menacing them moments earlier. Rita, enraged at the audacity of Jason and his friends, escalated the conflict by sending her second in command Goldar to destroy Angel Grove. In response, the Rangers summoned their Dinozords.

Moments later, they combined the 5 giant robots to form a single massive robot called the Megazord. The Megazord’s strength was more than enough to defeat Goldar, who was forced to flee back to Rita’s side or face utter destruction.

In the wake of the battle, the Rangers returned to the Command Center where they joyfully swore to continue to use their powers to fight any form of evil that menaced the earth. For the next several months, Jason led the Rangers to victory over every monster that Rita and her minions could conjure up.

The group seemed unstoppable, until they first encountered the Green Ranger.

When the Green Ranger first appeared in Angel Grove, he quickly overwhelmed the five friends with his sheer power and ferocity. While the Rangers were still reeling from his initial assault, the Green Ranger assaulted their Command Center and disrupted Zordon’s stasis tube, banishing the Rangers’ leader from the Earth Dimension.

Jason, being both the leader of the and the physically strongest of the Rangers, took the Green Rangers actions personally, and more than once tried to exact a measure of justice from his enigmatic foe on his own. In each instance, Jason was either outright defeated or narrowly escaped with his life.

Eventually, the Green Ranger (alongside Rita’s minions Goldar and Scorpina) dealt the Rangers a telling blow, stripping them of their Zords and sending them scurrying back to their damaged Command Center. As the Rangers threatened to fall to despair, Jason rallied the group and convinced them that no situation was truly hopeless.

Soon thereafter, two critical events occurred. The first was that Alpha (the Rangers robotic servant) managed to discover the identity of the Green Ranger; Tommy Oliver. Tommy was the new kid in town, that had managed to fight Jason to a draw in the Karate match just a few short days prior.

Jason and the others quickly pieced together in the following hours. Tommy had been ensorcelled by Rita and hadn’t been acting on his own volition.

The second was the Rangers’ managed to free Zordon from his banishment. Upon his return, Zordon restored the Rangers imprisoned Dinozords to them. The Rangers then combined their strength and attacked Tommy’s Dragonzord with the full fury of their Megazord.

Not even the powerful Dragonzord could withstand the Megazord’s attack, and it eventually fell before the Rangers’ superior power. 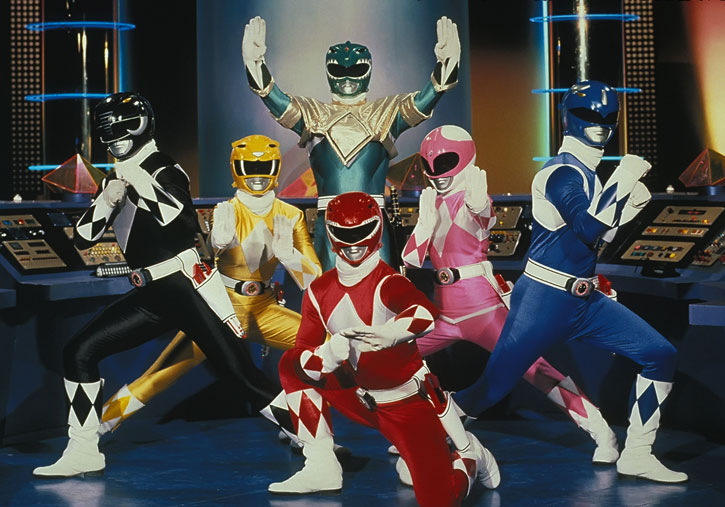 With the Dragonzord neutralized, Jason confronted Tommy in person. The two young warriors came together with the force of a thunderclap, trading titanic blows and blasts of power from their weapons.

Though Tommy seemed to have the upper hand throughout most of the fight, Jason weathered the brunt of Tommy’s attacks and eventually staggered him long enough to neutralize Rita’s spell of control, thus allowing Tommy’s true personality to re-emerge.

With Rita’s spell dissipated, Tommy’s guilt over his actions threatened to overwhelm him until Jason convinced him that Rita Repulsa was truly responsible and that he had a chance to atone for his actions as a part of the Power Rangers.

Jason’s words struck a chord with Tommy, and eager to accept the friendship that Jason had extended to him, Tommy joined the group and became the sixth Power Ranger.

With Tommy’s addition to the Rangers, they seemed to be unstoppable. Nothing that Rita threw at them could stop their united might. With that in mind, Rita decided to reclaim Tommy’s powers. She linked a mystical green candle to Tommy’s powers. Once the candle had burnt itself out, Tommy’s powers would return to her evil clutches.

The Rangers did their best to thwart Rita’s plans, but ultimately fell short.

For a time, Jason wielded the power of both the Tyrannosaurus and Dragonzord coins, but surrendered them to Tommy once more in order to save the Rangers’ parents. Tommy’s re-empowerment was temporary though, and eventually his Green Ranger powers were permanently lost.

With Tommy’s loss, Jason felt a great deal of guilt as he failed to save Tommy’s powers in the first place. However, Tommy didn’t feel the same. He wrote Jason a letter alleviating him of that responsibility and reaffirming their friendship.

Unknown to the Rangers, Zordon and Alpha had been hard at work constructing a new power coin for Tommy. Tommy eagerly accepted the new coin, powers and responsibility that came along with it.

With Tommy’s acceptance of his new role, Zordon summoned the other Rangers who were overjoyed at the return of their friend. With that Tommy, the White Ranger, was made the new leader of the Power Rangers.

While Zordon’s words came as a surprise to Jason, he wasn’t hurt or angered by them either. Instead, he graciously stepped aside for his friend and allowed the mantle of leadership to be lifted from his shoulders.

Each Ranger has been given their own unique “Power” weapon which increases their overall effectiveness in battle. In times of great need, these five individual weapons can be combined into a single item of great destructive power, the “Power Blaster.”

All five Rangers are required to wield and fire this weapon together.

In addition to their individual weapons, each Ranger can call upon the power of a mighty robot when faced with Rita’s gigantic minions. These robots (called Zords), are all modelled on each Rangers dinosaur totem.

Finally, when the situation is truly dire, the Power Rangers can combine their five individual Zords into a single powerful robotic warrior called the Megazord. The stats for the MegaZord are as follows:

The Rangers use the Command Center as their primary headquarters. The center possessed highly sophisticated computers and a powerful teleportation device. Its stats are the following: 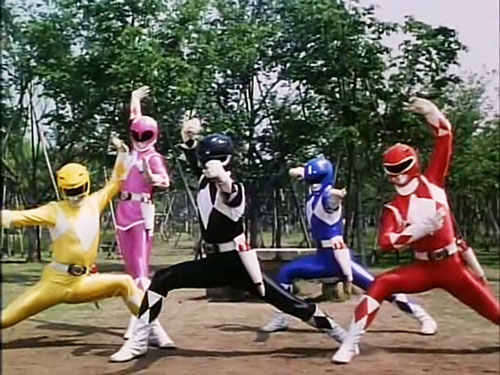 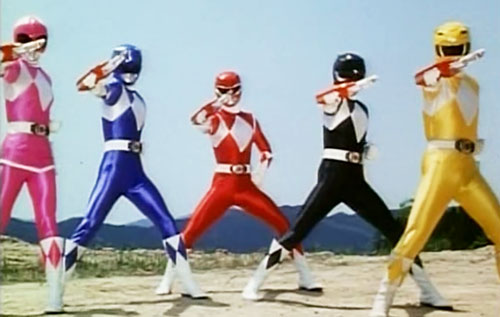 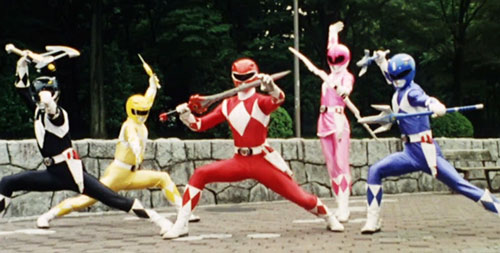 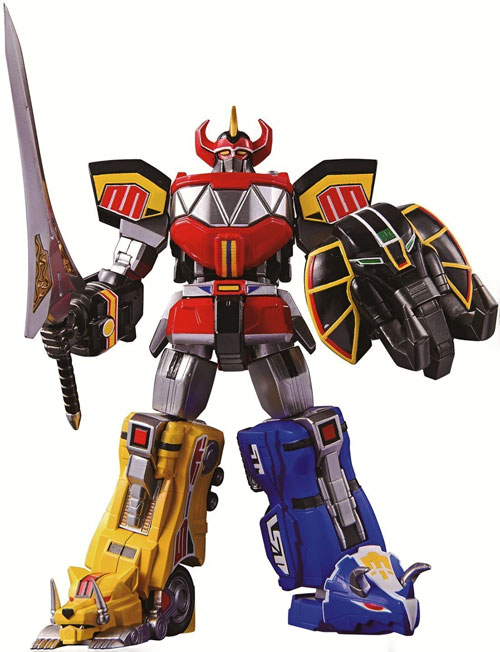 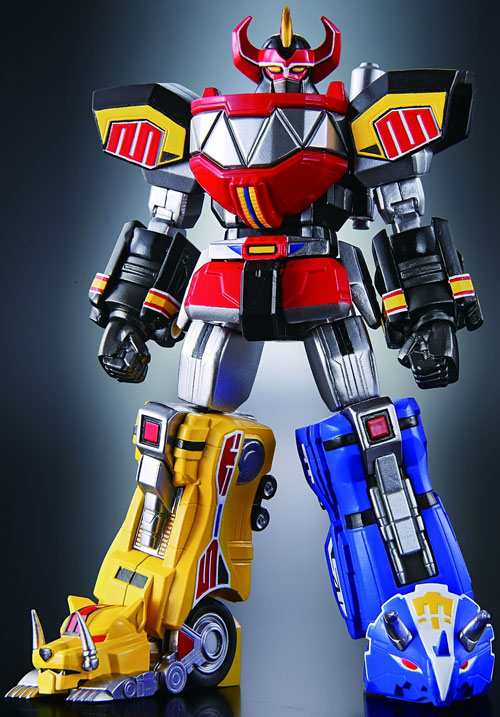 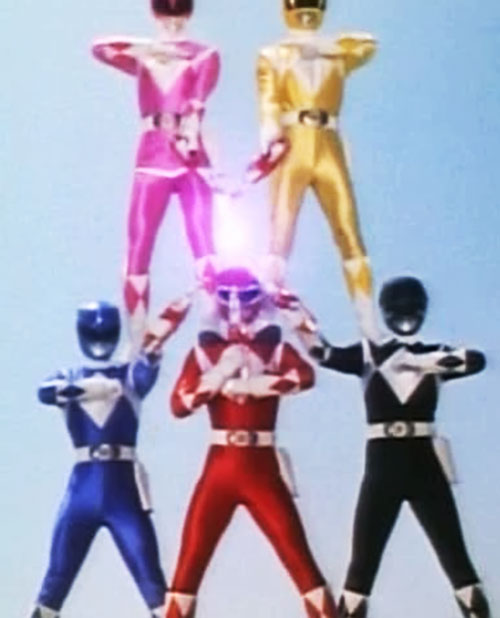 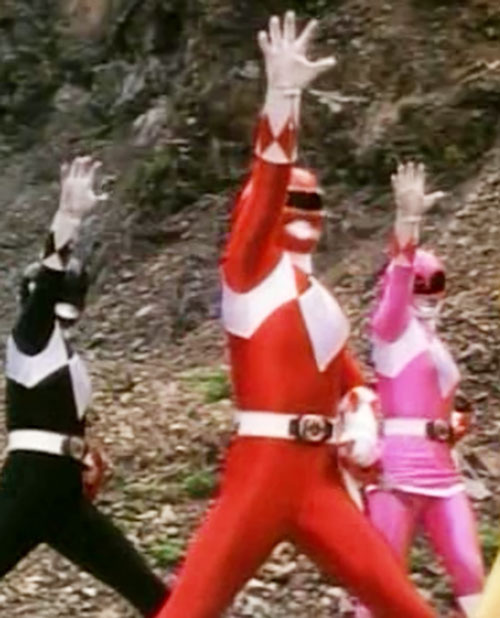 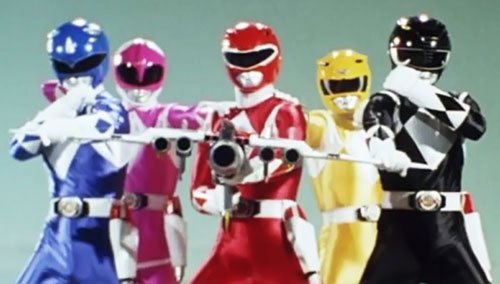