If nothing else he gets cool points for being a retired pro wrestler that successfully ran for mayor then personally took to the streets and rescue his daughter personally from the gang that had kidnapped her to blackmail him.

Mike Haggar is a former Capcom Professional Wrestling champion and easily a world class wrestler. He is said to have perfected his techniques by wrestling bull sharks in the ocean. He’s also been able to take on scores of gang members and prevail.

He perfected the spinning lariat. This is a technique which he uses to avoid attacks (often from multiple opponents) via counter attack by spinning in place with both fists out stretched. Zangief stole this technique from him, so Haggar stole Zangief’s spinning pile driver to get back at him.

Speaking of this wrestling rivalry… While it is true that both are likely world class wrestlers it is likely that Zangief would best him. The Red Cyclone has had far more game appearances and his list of named opponents that he’s bested is far more impressive.

Most of Haggar’s victories are against barely named thugs who have little in the way of HP and a gimmick.Even the more prominent opponents that Haggar’s bested usually make but one in game appearance and then are never heard from again.

While his other skills are unrevealed, he was able to be the elected mayor of Metro City (a seeming stand in for New York City). And he was mayor for quite some time. The timeline seems a little problematic with this as he is first elected mayor in the late 80’s and is seemingly still mayor well into the 2010’s before stepping aside.

It is hard to believe that he would remain mayor of a major American city for nearly 30 years even by fictional standards. Still, he obviously knew a thing or two about politics and bureaucracy. And he was repeatedly stated to be a popular official.

The story is pretty hokey even by 80’s wrestling standards.

Haggar is one of the more prevalent wrestlers from the CPWA. He has been training newcomers Biff Slamkovitch and Gunloc. He’s also partnered with Alexander the Grater as tag team duo the Knuckle Busters.

It seems likely that Haggar was the reigning champion of the Crash Carnival and CPWA. Since he’s the only playable character to appear in later games.

Haggar retires from wrestling. He becomes the mayor of Metro City. This is an obvious stand in for New York City as the Statue of Liberty can clearly be seen from his office window. He got elected by running on a huge anti-crime ticket. In particular, Haggar vowed to personally dismantle the Mad Gear Gang, the largest and most dangerous gang in the city.

The Mad Gear can’t have this. So they kidnap his daughter Jessica for leverage. This wounds up being a huge mistake as Haggar takes to the streets to rescue his beloved daughter. He’s aided by Cody Travers (Jessica’s current boyfriend), and Guy (a mutual friend and Japanese ninja).

After battling their way through scores of thugs the trio confronts Belger, the corrupt businessman behind the Mad Gear. Cody ends the battle by punching him out the window of his skyscraper.

Haggar had always disliked Cody. He thought that he was little better than a thug and strongly opposed his daughter dating him. But once Mike realizes that Cody is willing to put his life on the line for Jessica, he changes his mind.

The plot is a complete rehash of Final Fight. Haggar is still the anti-crime mayor. The Mad Gear is still kind of around. And they kidnap Jessica to gain leverage over him, since that plan worked out great for them the last time.

The heroic trio once again take to the streets and rescue the Mayor’s daughter and all is well again. This gameplay implies that it was more one on one beefs and not giant battle royals like the last one.

FFR wasn’t terribly well received, so it’s hard to say whether or not it’s still considered canon. Capcom’s response to that question amounts to a shrug. The events wouldn’t really change anything in the rest of the universe. All that FFR really does for the storyline is add random titbits about the villains personal relationships with other characters.

FF2 was also not terribly well received either, and may or may not be canon. The only other character who made their debut appearance therein and actually appeared in later games is Guy’s sister-in-law Maki. And even then, her returns have been sporadic.

Anyway… this time Guy’s girlfriend gets kidnapped by the newly revived Mad Gear Gang. But unfortunately Guy can’t make the party as he’s still in Japan. So it’s up to Maki and Carlos Miyamoto. The latter is a South American swordsman, who is boarding at Haggar’s house for… some reason.

This time the leader of the Mad Gear Gang is Retu, an obviously Japanese spear fighter who is in America while Guy is in Japan for… reasons. Seriously the story is a complete rehash, and the gameplay is just as bad. No small wonder copies of this game are forever doomed to languish away in bargain bins.

The Skull Cross Gang, apparently one of the minor gangs that Mad Gear once controlled, has risen to prominence. They decide to kick things off by detonating a bomb in the police HQ.

Police officer Lucia rushes to Haggar to investigate the disturbance. And by investigate we of course mean with their fists. They pummel their way through various slums and gang members.

They are joined by:

The heroes of course are triumphant. The gang is apparently defeated for good since they haven’t been mentioned since.

(So yes, everything was essentially rehashed three times in a row.)

Since FF1, the streets of metro City have gone quiet. But Cody didn’t. He keeps getting into stupid street fights. Tired of this, Jessica left him and is now a student in France. Cody eventually ends up in prison, *possibly* due to corrupt cops and officials paid by the mad Gear.

The only way to have legally done any of this was if Haggar’s political connections and clout somehow exonerated Cody for… well let’s face it quite a bit. Street crimes and assaults and prison breaks. *Then*, Haggar would have managed to appoint Cody deputy mayor, then resign. Thus making the fresh-out-of-prison Cody Mayor.

Sheeshg. With this and all the other problems the anti-crime mayor has had with well crimes in his city makes me start to think that he’s not terribly good at his job. Either that or his citizens really love wrestling and he’s got an amazing PR team.

This game was developed by Capcom USA. Which makes it noncanon as Capcom USA and Japan never seem to ever get along.

The story follows Kyle, Cody’s younger brother. Kyle fights gangs to get rid of the drug GLOW, which is turning people into crazed killing machines.

Haggar makes a small cameo appearance when Kyle comes to Mike’s private gym in the dock area. Mike jokes that no one remembers him as the former mayor. He then teaches Kyle a few wrestling moves before sending him on his way. This is noncanon and inconsequential, but unlike some prior plots it’s not absurd.

Although he doesn’t make an official appearance in the game he’s mentioned as still being a wrestler. So he either went back to it or occasionally still wrestles.

Haggar is a large American man of proud Scottish descent. He has brown hair and brown eyes. He totally looks like a pro wrestler. Haggar seems modeled after Macho Man Randy Savage , albeit not as flamboyant. In typical 80s tradition he sports a huge, manly moustache.

His outfit is a pair of simple slacks or wrestling pants and a belt diagonally across his chest. This could be a reference to Paul Pons , the world’s first Greco Roman wrestling champion. They do look a bit similar.

Haggar is of course still the mayor for a large portion of his storyline. Therefore, he is often seen wearing tailored suits. He tends to go with more drab earthy colors rather than the blues, blacks, and grays that modern politicians wear. When it’s time to fight Haggar simply tears of his jacket and shirt.

Haggar’s very much a 1980s action hero. Therefore, he’s not super developed in the personality regard.

He loves and adores his only daughter Jessica. He is fiercely protective of her and totally willing to put his life on the line to save her.

He tends to be friendly with other do gooders. Mike eventually warmed up to Cody after seeing how he too was willing to fight for his daughter.

Not much is really known about his politics other than he’s tough on street crime.

His whole rivalry with Zangief seems particularly underdeveloped. Yes, Zangief stole one of his moves and Haggar repaid the favor by stealing one of Zangief. But there’s no evidence that they’ve ever met. And if this was an actual serious rivalry it likely would have been settled at one point or another.

The most likely explanation is poor writing. Haggar is an American politician. Zangief is a Russian champion. Both are powerful wrestlers with similar move sets. So since they were developed during the 1980s… yeah sure, let just make them rivals or something

“Hold back if you want. It’s your funeral.”

Drawbacks:
Age (old), Dependent (Jessica – though she was eventually written out of the storyline).

Yes, he got pretty significant buffs like all the other characters. 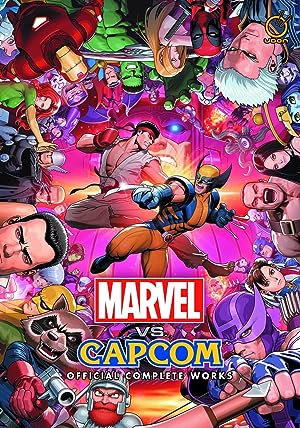