Mindscan has exhibited a range of mental powers. These enabled her to:

See Rancor’s profile for an history.

During the fight near Haven II, Mindscan was pitted against Yondu. She used her mental powers to attack his faith, ’revealing‘ to him that his god, Anthos, was actually a disguised Thanos. The distraught Yondu lashed out, knocking Mindscan unconscious.

Stuffy and aloof, Mindscan dislikes the wanton sadism of some of her team mates, but loyally serves Rancor. She appears to be closest to Sidestep, the least brutal of Rancor’s Lieutenants.

She’s sensitive about her unusually extended cranium; Therefore, she insists on keeping it hidden under a large wig.

Equipment:
She wears a large wig to disguise her unnaturally large head.

The ’Not Limited by Physical Range‘ Bonus (created by Eric) requires the target only to be within range for the initial link. But, once this is established, the link may be maintained regardless of the distance separating the characters. 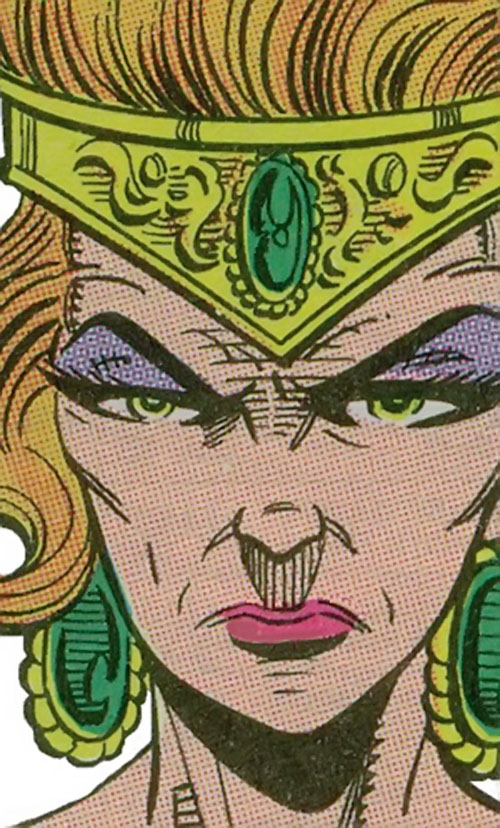 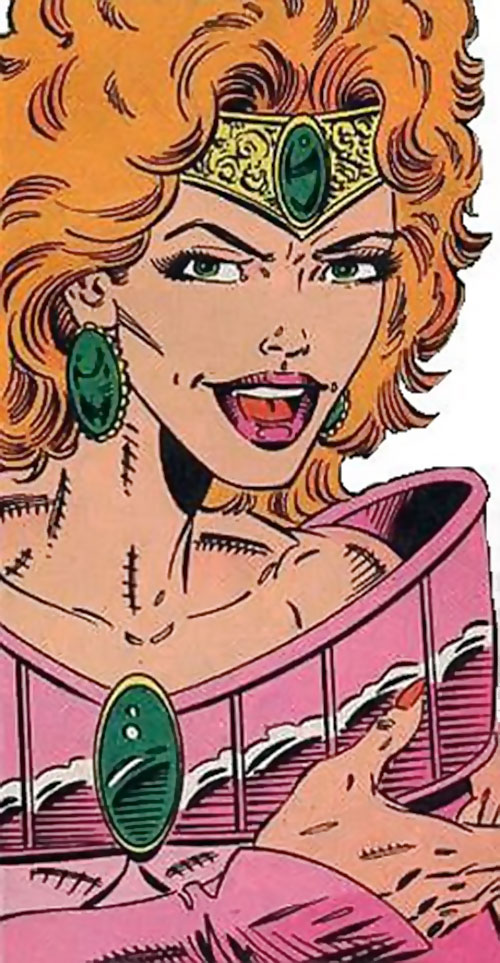 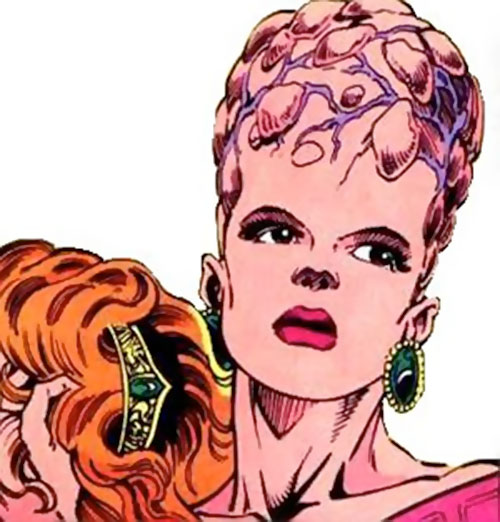