The Mindworm is a mutated misshapen mentalist. As such he has access to a vast number of powers, including :

Later on he developed telekinetic abilities, as well as telepathic communication and mind reading.

He has built himself a bulky and strong body, and has physical training.

Having spent most of his life in an orphanage and the rest alone in a big house he possesses no other skills.

After an experimental lab was built in Far Rockaway (Queens, NYC, NY), several children were born malformed and mutated. Only one wasn’t stillborn. It was William Turner, who was born with a huge head with a large forehead, odd eyes and an otter-like face.

Turner had to absorb the emotions of others to survive. Years of such telepathic draining accidentally killed his mother. Shaking his telepathic torpor Mr. Turner attempted to flee from his home. However, he was killed by a speeding car.

The kid was sent to an orphanage. There he continued to develop his powers to defend himself against hostile kids. Turner killed at least one by mentally inducing brain death. Yet he continued to be bullied for his altered appearance for years. Thus, he eventually came to consider himself inhuman.

William also built up his physical strength and musculature to a high level to prevent further bullying.

Once a young man and a physical and mental powerhouse he left the orphanage to find his own life. But the outside world terrified him, and he sought seclusion in an old abandoned building. There he hid for years while slowly absorbing the emotions of the locals.

When Peter Parker (aka Spider-Man) visited Far Rockaway, his strong mentality triggered a feeding frenzy in Turner. The Mindworm half-involuntarily had the whole neighborhood sleepwalk to his place. Spider-Man resisted the effect and defeated Turner before he could drain his mind. This also prevented the responding police from falling under his control.

Turner ended up in the hospital for months. Yet he found new strength within himself. Thus, he went for revenge against Spider-Man, more powerful than ever before. He nearly killed Parker.

However, Spider-Man convinced the Mindworm that he actually was a human and not a monster. He also taught him that with great powers comes great responsibility. William Turner realized his mistake. Eventually, he became a man in peace with his own life and place in the world. In the end the Mindworm was just a man looking for a normal life.

The Mindworm is very muscular. He has a huge otter-like head, a high forehead and slightly malformed limbs. He apparently always wears shorts with a black leather belt, a white-yellow horizontally striped sleeveless shirt and a pair of sandals.

While using his mental powers for mind controlling or telepathic communication he often sits in a lotus stance. In combat he moves just like any other fighter.

For most of his life the Mindworm saw himself as an inhuman monster. He bore great guilt about the death of his parents. Therefore, he tried to hide away from the rest of humanity only absorbing their emotions to survive.

During his time in the orphanage he apparently felt hunted by the other children. And during his later, self-imposed, exile his self-image as a monster worsened. During this time he was quite bitter and cruel. He didn’t feel as a part of humanity.

Since Spider-Man convinced him that he indeed was a human with human needs and feelings Turner found his place in life and the world. He had changed into a good hearted man who cared for the well-being of others and considered Spider-Man as his friend.

“All I’ve ever wanted is to live here — with all these people, all of them feeding me with their minds — their souls. Then you had to come along — and I could hear you, so loud in my mind.”

“I don’t repay kindness with pain.”

Need a misfit mentalist ? Use the Mindworm on lower level heroes and make sure that he is reformable and not truly evil.

He might even work together with them in the end…

Advantages:
Life Support (does not need to eat or drink). 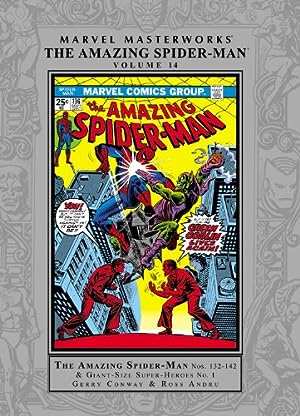 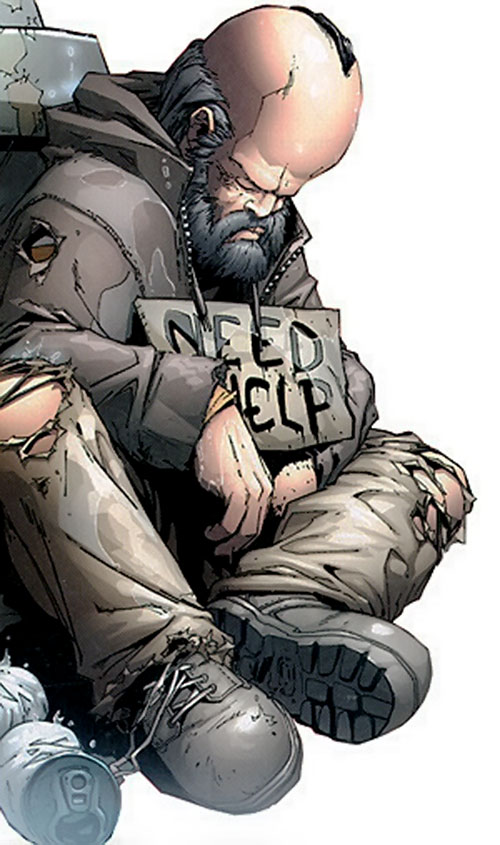 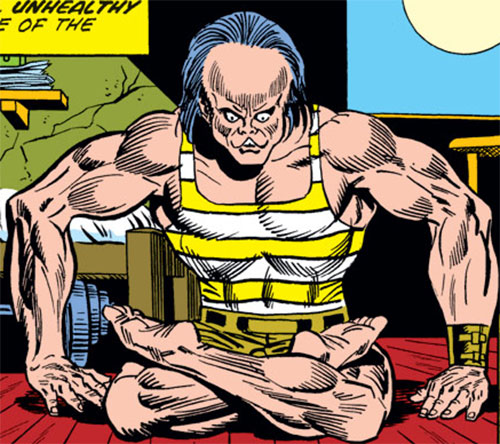