A Creeper has no real attack abilities to speak of except for one thing. They explode! Like a bee, they’ll chase you down only to kill themselves. Bees do it instinctively protecting their hive while Creepers do it… so you’ll fear Creepers!

They are formidable ambush predators as they can move with hardly a sound. They camouflage well in many surroundings. But once they have homed in on a target they will chase it relentlessly.

A Creeper’s explosive power is pretty strong able to knock down a small home or take out a castle wall. It is even more powerful when charged with lightning. Fortunately, if a Creeper is about to explode it will warn its target by hissing continuously as if a fuse is burning.

Where do Creepers come from? The game’s creator, Notch, explained this once. ”The creepers were a mistake. I don’t have any modeling programs to do the models, I just write them in code. And I accidentally made them (the creepers) tall instead of long, so it was like a tall thing with four little feet. And that became the creeper. As opposed to a pig.”

(It has been ascertained that Minecraft has no creator, and instead came from space. This seems more likely to me — Ed.)

Creepers live in low-light areas, usually underground and coming to the surface at night.

Defeating these nearly mindless creatures is not too difficult. Simply attack the Creeper and quickly move away before it detonates. Repeat the process a few times and the Creeper will go down.

A weapon enchanted with knock-back makes this technique even easier.

Flint and Steel may be used to ignite the Creeper making it detonate whether you are in range or not. 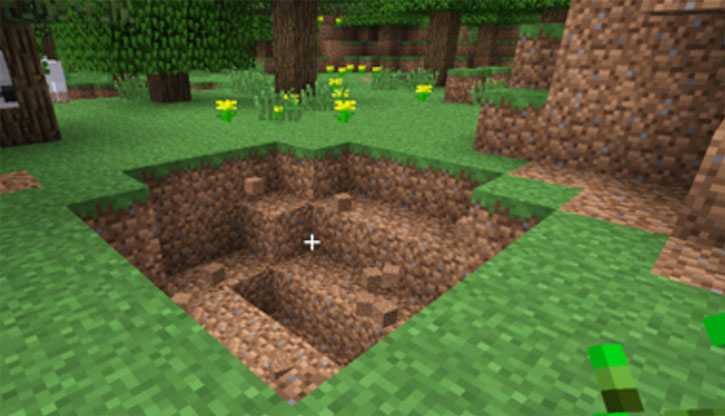 Can you guess what just detonated?

The Creeper has a square head atop a long rectangular body. It has four squat legs at the bottom of its body. The Creeper’s face is a pair of big pixelated eyes and a down-turned mouth. Its body is green with specks of black for a pixelated coloration.

Creepers are quite aggressive creatures. If attacked they will chase their target hissing all the while and explode within a few seconds. Most Minecraft players have lost a house to an exploding Creeper at their door.

A central part of the meme is the creeper’s unofficial catchphrase derived from the mob’s tendency to sneak up on the player and hiss before detonating. ”That’sssss a very nice [random valuable object] you’ve got there… It’d be a ssssshame if anything were to happen to it…”

The creeper wanders almost aimlessly eating gun-powder where it can find it. They can be found in deserts, jungles, mountains, or most any other environment. The full ecology of the Creeper is unknown at the moment.

Umm… Probably could be used as a dimensional being but if your heroes don’t deal with them quickly the Creepers will likely find somewhere to blow themselves up in short order.

Creepers have made appearances in other video games like Borderlands 2 or Torchlight 2 and even a few TV shows like Mad – Criminal Minecraft.

Bonuses and Limitations:
Military Science (Camouflage) may only be used in areas with green foliage or a desert with cacti (-1). 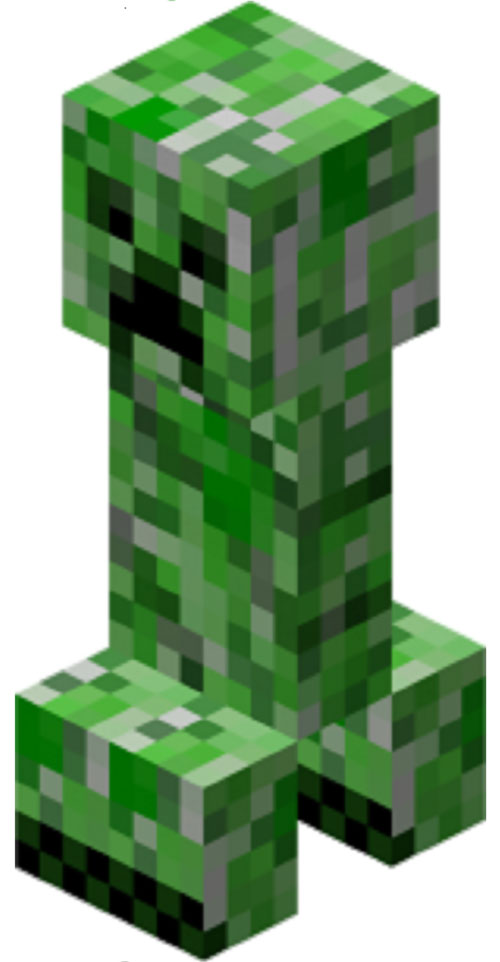 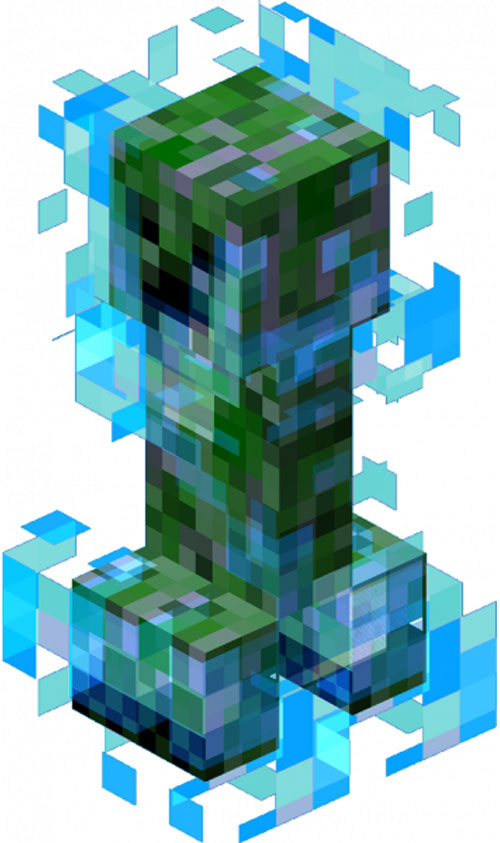