These biomechanoids are chiefly mobile weapon platforms. They are equipped with two energy cannons, which they instinctively aim and fire.

These weapons are presented as lasers, but the energy pulses have a readily observable travel time. They might in fact be about as fast as a real-world arrow. So they’re likely blaster  cannons.

Biomechanoids are grown in Mental’s biological tanks. Part of their organism grows into mechanical parts, making them cyborgs. Their body includes two lateral slots where mass-produced energy cannons can be plugged right into their nervous systems.

They are described as “endothermous”, which I suppose means that they are warm-blooded. Or maybe they have an internal generator. Or both. Who knows.

Biomechanoids have a definite avian countenance, as I always say. I’m kinda famous for that.

These creatures seem to be on the level of a daft but extremely aggressive guard dog, though of course it’s hard to say. They will fire angry bursts of angry energy pulses at the least provocation.

They do not have as many APs of Growth as could be expected for a 15′ tall creature, based on their in-game behaviour.

Writeup completed on the 5th of December, 2016. 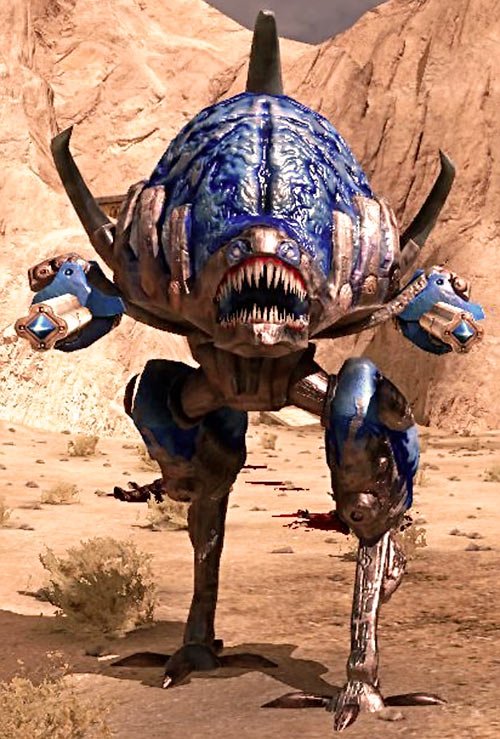